The mood of The Father Christmas Letters (1976) — a collection of missives that J.R.R. Tolkien penned to his children in the voice of Father Christmas — abruptly changed in 1932. The series of letters that had started out in a breezy tone more than a decade before, would now provide a description of the terrors of the past year. Goblins were involved, of course. In addition to accounts of the goblin wars, the letters also continued to catalog those trials and tribulations Father Christmas had endured to make the children’s holiday season a success. As often as not, each letter would conclude on a note of mild hopefulness about better times ahead.

The basic format — a gorgeously illustrated letter — remained constant over the decades (the last letter arrived in 1942). However, as John and Michael grew, and Christopher and Priscilla were added to the family in 1924 and 1929 respectively, the adventures of Father Christmas became rather more elaborate. At first, these adventures revolved around Father Christmas’s hapless assistant, The North Polar Bear. In 1925, for example, The North Polar Bear climbed the North Pole to retrieve Father Christmas’s hood and breaking the pole came crashing through the roof of that amiable old man’s house. In other years the silly bear let off fireworks, injured himself against the (north) pole, tripped downstairs with the Christmas parcels, and so on. As the years passed, more characters are added — snow-elves, a Great Seal, a woodcutter called Olaf, snow-boys (sons, you will not be surprised, of the Snowmen), and the polar cubs Paksu and Valkotukka) — and the plot thickens. All great fun!

In 1932 — that fateful year I mentioned above — the fun and games took an ominous turn. The North Polar Bear went missing in caves belong to an ancient tribe of Cave-bears. The caves were inhabited by GOBLINS! (capitalized when Tolkien first introduced them). Father Christmas wrote: “Goblins are to us very much what rats are to you, only worse, because they are very clever, and only better because there are, in these parts, very few.”

In subsequent years, war with the goblins ensued. Red Gnomes came to Father Christmas’s assistance, and the goblins were eventually routed from the North Pole. Disturbingly, the goblins then started to multiply all over the world (mirroring, some critics claim, Tolkien’s concern about encroaching Nazism). As the 1930s waned — and the main audience became Priscilla Tolkien, the youngest — the darkness of tone was alleviated. Letters from the North Pole became rather abbreviated (the primary task of letter writing had then been passed to the elf Ilbereth in 1936).

The series of letters concluded with intimations of war — this time not against fictitious goblins but against the Nazis. In the final message from the North Pole, Father Christmas wrote, “The number of children who keep up for me seems to be getting smaller. I expect it is because of this horrible war…” He concluded, “I shall have to say ‘goodbye,’ more or less…” but expresses a hope of returning when old friends have “grown up and have houses of their own and children.”

The Father Christmas Letters (1976) (reissued as Letters from Father Christmas in 2012) remains widely read; it may be the only Christmas book you need to read this year. This is because in them Tolkien divines that the intensity of this festive season comes from a coalescing of these three moments: a calling to mind of the past (we get, in the letters, the history of the North Pole and the skirmishes it had endured), an ardent immersion in the events of this moment (Christmas comes, with or without goblin wars), and a forward-looking resolution about the future (Christmas will always come, but little boys and girls need to be good!). In writing The Father Christmas Letters, Tolkien is, of course replicating a form of the Christmas story that was perfected in Charles Dickens’s A Christmas Carol (1843). By means of a recollection of the past, a taking note of the present day, and clear-sighted evaluation of a possible future, Scrooge resolves to be a better person, declaring, “I will honor Christmas in my heart, and try to keep it all the year. I will live in the Past, the Present, and the Future.”

Part of the appeal of The Father Christmas Letters, surely, is that the letters and art show the same sparkle, in shorter form, that is later manifest in the famous Tolkien legendarium: The Hobbit (1937), and The Lord of the Rings trilogy (1954-1955). But a large part of the pleasure of reading them is that they remind those of us who fervently celebrate this season that one can do so without ignoring the difficulties which beset the world. Those who enjoy Christmas Day thus recognize that it comes despite many trials and tribulations. In looking forward, we get a rare sense that our world remains young enough that despite the nostalgia adhering to the season maybe not all of our best Christmases are behind us. Christmas will come yet again. Let us resolve this year to take stock and commit to honoring Christmas in our hearts. 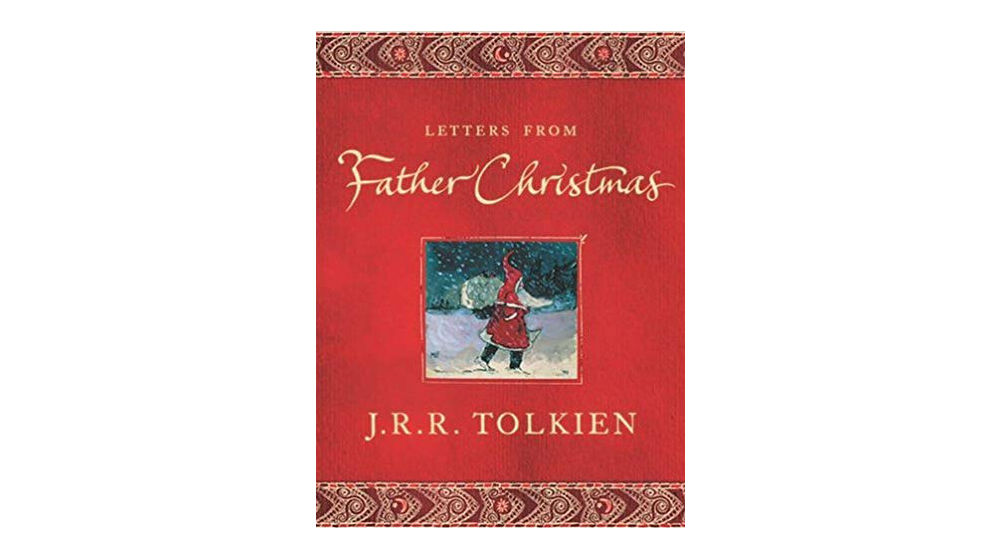