I am often drawn to long works of fiction: I admire their ability to sustain my interest in strikingly original characters through a patient accumulation of detail and layered narrative brushstrokes. So reading and reviewing Alex McElroy’s Daddy Issues, a compendium of flash fiction and very short stories, published by Cupboard Pamphlet in 2017, posed a challenge to my reading sensibilities. Several of McElroy’s stories are just a couple pages long, and even the longest piece, for which the collection is named, spans seven pages but begins with a collection of short vignettes, some of which are a mere sentence. I was no stranger to McElroy’s works, having read and loved several his stories published in literary journals (my favorite being “Beneath the Bruise is a Beach,” which appears in Gorse). I was already fan of his sharp, clean sentences, and of the strange, yet oddly familiar worlds of his fiction and the characters who populated them. So I dove into a book that was atypical, so far as my reading list went, with no small degree of pleasurable anticipation.

Having now read Daddy Issues, McElroy’s debut collection, end-to-end, and more than once, it occurs to me that in his succinct masterpieces McElroy accomplishes the affect that draws me to longer works of fiction — layered, memorable characters — by applying a particular narrative device: a precision of textual placement. Consider “Popi to Life,” a story of two children left to fend for themselves: Lester, the stronger, meaner sibling, and String, his younger, sensitive double. This not-uncommon trope is animated by a striking sequence of events: String fetches his grandfather’s corpse and leaves it before the television, which, unbeknownst to Lester, brings the grandfather back to a sort of life. As technology alchemizes death to life, the relationship between the brothers, as they preside over the grandfather’s body, undergoes an alchemy of reversal: Lester surrenders his power, String takes on the role of a caregiver. McElroy wonderfully captures this moment: “Lester was folded over his knees. The sight chilled String with pity and guilt. He put his arms on Lester’s shoulder, bracing to feel him recoil, and was relieved when Lester slackened into his touch.” The tender moment appears after two pages packed with brisk action, slowing down time and expanding the succinct impressions formed by Lester and String, turning those impressions to perceptions, more detailed, more complex, giving Lester a concealed vulnerability in his act of violence, and String formidable strength even when he quietly accepts the bullying he is subjected to. Thus, even when the text does not explicitly layer the character, the reader, owing to McElroy’s masterful act of placement of text, layers the character in their imagination. The story continues in the reader’s mind after it ends, turning it, in this way, to a haunting.

Like “Popi to Life,” many of the stories in the collection portray an interaction of futuristic and ‘80s-era technologies — inevitably, they are causal forces behind the characters’ existential dilemmas. In “My First Memory,” a child finds, at the back of his mother’s throat, “shiny metal gears, spinning with impertinent effort” even as his grandmother tends to the fireplace with a ray gun, an object that to me immediately conjures up dime novels and comics from the ‘80s; the child in Lineage is “bathed […] in nuclear gunk,” a clearly futuristic image, even as he describes his father as a “TV walking on its antennae,” a metaphoric throwback to television sets from a former era. In “A Man and A Man,” a character who expresses his love to his significant other not with texts or over Snapchat but in letters operates under the influence of a device called “The Cutty Sark” that watches over the “restraints in his brain,” an intervention that, at once, seems like it belongs to the dark worlds conjured by Charlie Brooker in Black Mirror and brings to mind George Saunders’s Escape from Spiderhead. The anachronisms, ‘80s artifacts surrounded by futuristic technology, along with a focus on adolescence, will appeal to fans of Stranger Things, It Follows, and more recently, It, which similarly weld a fantastic, horror reality to an ‘80s sensibility, and raise questions about innocence and monstrosity.

Our nostalgia for childhood, says James. R. Kincaid, is a contemporary phenomenon, a post-Victorian construct when children stopped being seen merely as cheap laborers and future caretakers for the aging parents. The same holds true, Kincaid argues, of the “phantasy that children need saving, and that they are inherently vulnerable and in need of adult help,” an impression that is predicated “on the presumption of […] weakness or inefficacy of […] the child body.” Thus, the phrase the child “posits an essentials stasis of meaning in which the subject becomes trapped”; it is the purpose of the monstrous children, the likes of Lester and String, to “escape human comprehension.” The monstrous child characters in McElroy’s fiction, brought to an uncanny life by his keen visual sensibility, exhibit an agency that flies directly in the face of the meaning that has accumulated around the phrases of “child” and “childhood.” They are perplexingly Other.

While the stories of Daddy Issues, with their striking monstrous child characters and quixotic technological realities, could often be categorized as dystopian or horror fiction, the elements of fantasy, where present, are just as thrilling. In “A Man and A Man,” one’s significant other may be a collection of animals: “ten thousand birds, caterpillars wiggling, or a pod of seals, flopping and slapping their fins on the carpet,” a detail that brings to mind Yorgos Lanthimos’s 2015 film The Lobster, except that in the film people turn to animals if they do not find a significant other, whereas in McElroy’s story, people conceal the fact of their anima in order to get and remain married, a cause-and-effect sequence that makes it more sinister than The Lobster. In “Two Lives Saved,” two ladybugs — a staple presence in so many fables that their real-life presence now evokes for me the presence of their fantastical manifestations — emerge from the mouth of a swimmer who wonders why he enjoyed swimming as a child. The brevity of the stories makes them particularly lucrative readings: the stories contain just the right degree of both detail and ambiguity, making them ripe for discussion, and the visual sensibility with which they capture the monstrous and the oddball make them appealing in the era of Westworld, Black Mirror, and Stranger Things.

If stories of children talking to animals were the fables of those of us who grew up in the ‘80s, are stories of children who converse with, are conversant with, or are modified by technology, the fables of our times? Is this, in effect, the first step towards post-humanism, a future in which it will be possible to download the consciousness of a human into a machine, the machine, when switched on, becoming verily the human? There is no one answer to this question; in fact, seeking the answer is perhaps not even the point. Rather, watching how the question comes to uncanny life each story in McElroy’s collection is what makes the readings pleasurable and powerful.

Daddy Issues will appeal, really, to any reader who as a child experienced on more than occasion the frightening feeling that they will remain frozen forever in this phase called childhood, and who, despite having lived through it all, finds the inaccessibility of children’s mind frightening and their capacity for cruelty — that is beyond good and evil, as Nietzsche would put it, for it lacks any moral anchor — frighteningly other. 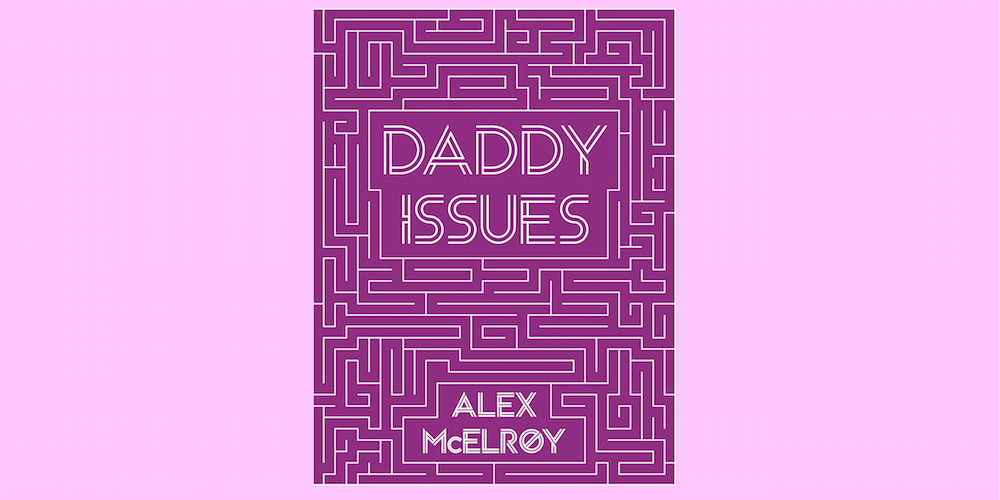