I had a difficult time, while reading Madeleine Bourdouxhe’s La Femme de Gilles, separating it from the recent events in U.S. politics. A man who has bragged about sexually assaulting women has won the presidency over the woman who would have been our first female president. Originally published in 1937 by Éditions Gallimard in Paris, and reissued this fall through Melville House as part of their Neversink Library series, it is not fair to Bourdouxhe to bring today’s politics into my reading of La Femme de Gilles. And yet, she might have understood. Friends with Simone de Beauvoir and Jean-Paul Sartre, Bourdouxhe was a member of the Resistance in France and Belgium, and is known to have worked with surrealist artist Paul Éluard to sneak political leaflets from Paris into Brussels. In the 1940s, when the Nazis took over Gallimard, Bourdouxhe cut ties, never publishing with them again. 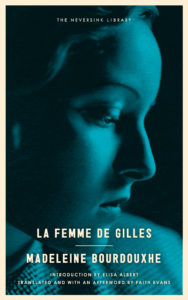 La Femme de Gilles is a quietly tragic novel. Its protagonist Elisa, happy at the outset, is betrayed by her husband in its first pages, and remains unhappy until the novel’s end. She is not without access to happiness, though; she lives very much in relation to the idea that she will experience it again, that it will, like her husband Gilles, come back to her.

This is the basic storyline of La Femme de Gilles, but it’s the interior life of Elisa in which the reader is absorbed, for Elisa says and does nothing about Gilles’ relationship with the other woman. The reader engages with Elisa through sensation and feeling and negotiations of the self, of what it means to live, to be married to someone. After Elisa’s discovery of the affair, its effects on her psyche come in waves that wash anxiously over both her and the setting: the landscape, the town, the things inside her house:

It was no longer a vague feeling of unease that disappeared almost as soon as she had abandoned herself to it; this time the anguish was heavier, more acute. One by one she fixed her gaze on some of the objects around her, the things that made up her familiar world, then her eyes lit on her own hands as they closed the bag, and she saw they were trembling. Precisely at that moment Elisa knew that behind her back there was another world, a world that was complicated, threatening, unknown.

Here, Elisa is coming into contact with what before she couldn’t see, let alone sense. As she goes further into this awakening, and as the reader goes further in with her, there’s almost a feeling of calm attached to it. Elisa is becoming dislodged from her life as she once knew it, closer into what she calls a “shadowy unknown.” Elisa reflects that this uncertainty provides “comfort and succour, release[s] her from the need to delve or understand.”

Through these scenes of interiority, Bourdouxhe gives us a portrait of Elisa that is nearly unmoving. The seasons change, there is movement in the landscape, and even in the other characters — but she remains still. You can picture what a painting of her might look like, sitting in her garden, a sad smile on her face. Beautiful in her sadness, even her children distant. When La Femme de Gilles was first published, Bourdouxhe said that the character of Elisa was inspired by the women she saw around her, women who kept their suffering to themselves, showing it only in a glance or expression. Elisa is not alone, then. And yet in her story, she is. Maybe that is the most tragic thing of all.

The perspective of the novel sometimes shifts, as does tense, and this “rotates” Elisa, gives the reader another view from which to see. If she will not move, the narrative must move around her. The reader moves too; we can not stay where Elisa stays. Bourdouxhe has seen to this.

Melville House compares La Femme de Gilles to The Days of Abandonment by Elena Ferrante, and I thought often of Ferrante’s protagonist, Olga, while reading. But the books are almost each other’s opposite. Olga acts out everything she feels, holds nothing back. When her husband leaves her, she unravels so completely, so grotesquely, I wondered if she would ever come together again. There is still the interior, but it is mixed with and projected violently into Olga’s external reality. She begins to speak obscenely, injures herself, angrily and absentmindedly crashes into other cars when driving, strikes fear in her children. She attacks her husband when she sees him with his other woman, smacking his face into a shop window so hard he bleeds from his nose. She says:

I grabbed him by the shirt and yanked him so violently that I tore it off the right shoulder, found it in my hands. He stood bare-chested, he wasn’t wearing an undershirt, he no longer worried about catching cold, about pneumonia, with me he had been consumed by hypochondria. His health had evidently been revitalized, he had a good tan, he was thinner, only a little ridiculous now, because one arm was covered by a whole, nicely ironed sleeve, with part of the shoulder still attached, and the collar, too, at an angle; while otherwise his torso was bare, shreds of the shirt hung from his pants, blood dripped amid the grizzled hairs of his chest.

Olga does what Elisa could never imagine. Elisa’s violence is only to herself. And though Bourdouxhe doesn’t rescue this character she’s created for us, she gave the women of her time one portrait of female suffering, made them less alone, and, I hope, less willing to stay still. 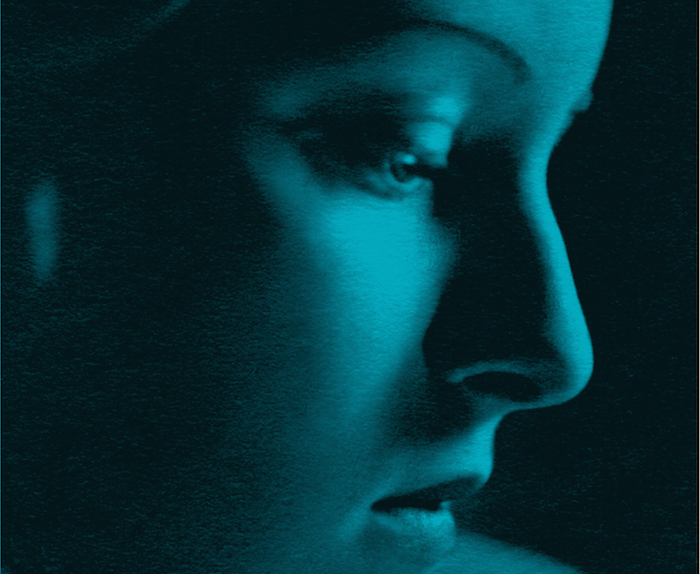