In the new rock musical, A Star Is Born, Bradley Cooper and Lady Gaga fuse their considerable talents to depict the raw and passionate tale of Jackson and Ally, two artistic souls coming together on stage and in life. The film paints a portrait of a couple’s arduous journey through the beauty and heartbreak of a relationship struggling to survive against the pressures of success, addiction, and trauma. Coincidentally opening on the eve of Brett Kavanaugh’s highly-protested confirmation as a Supreme Court Justice, and the release of Rebecca Traister’s bestselling book Good and Mad, about the history of women’s anger, it’s also a stunning — and timely — statement about the power of a woman’s voice.

In A Star is Born, that voice is Gaga’s — the multiple award-winning, Oscar-nominated music superstar in her first leading role in a major motion picture. The four-time Oscar nominee Cooper (American Sniper, American Hustle, Silver Linings Playbook), makes his directorial debut in what appears to be a classic in the making, on track to be the film to beat for Best Picture at this year’s Academy Awards. He stars alongside her as the seasoned musician Jackson Maine, who discovers and falls in love with Gaga as struggling singer-songwriter Ally. Cooper’s rendition of the iconic love story is not the first or second remake — in fact, it’s the fourth. This has left critics and fans posing the question: how will this film be remembered for generations to come? What will it stand for?

A number of famous writers and actresses have taken on A Star Is Born over the last eight decades, including the likes of Dorothy Parker and Judy Garland (1937), and Joan Didion and Barbra Streisand (1976), allowing the Esther character (or in this case, Ally) to take on varying levels of personal agency in her rise to fame while her male counterpart falls behind.

But this version of the film — and its show-stopping original soundtrack, which quickly reached the top of the charts after its release — seems to be calling for change — both in one of Hollywood’s favorite narratives and in our real life “(‘mad’) women versus (‘bad’) men” battle playing out in Washington. In doing so, it seemingly echoes another musically-driven cinematic call for change: Simon & Garfunkel’s soundtrack to Mike Nichols’s landmark film The Graduate, 50 years ago.

If Benjamin Braddock (Dustin Hoffman’s character) represented the angst of the young baby-boomer generation in 1968, Ally Maine in A Star Is Born represents the collective strength of women in 2018. Both soundtracks have the power to unite us; the former, in a shared feeling of apathy (“The Sound of Silence”), and the latter in a shared feeling of anger and frustration — but also of hope and resilience (“Is that alright?”). In 1968, amid the draft for the bloody Vietnam War, the civil rights movement, and the King and Kennedy assassinations, the familiar sounds of folk-rock and the minimalist cinematic style of The Graduate stood as a reminder of how difficult it can be to challenge the status quo — even as Nichols himself was breaking new ground with the film and its soundtrack.

Darkness, the old friend, was welcomed back again and again. The unique folk-rock sound of Simon & Garfunkel was played over and over in the dorm rooms of college students as they considered an uncertain future together, while, perhaps, Gaga’s “Til It Happens To You” (from the campus rape documentary “The Hunting Ground”) might foreshadow a similar community-driven association of film, music, and sociopolitical change — one that doesn’t come along everyday.

Today, Cooper’s A Star Is Born draws on a rich history of Hollywood folklore to tell a decidedly new story that seems to draw on the fact that personal agency is top of mind for young women in the context of Kavanaugh, just as it was 50 years ago in the backdrop of the women’s movement that saw landmark decisions change how we live and love. But this movie at its core is about coming together to rise up, reminding us about the dangers of trying to go it alone. When it comes to trauma, we need each other early, often, and always.

In the lyrics of one of the first songs Jackson sings in the film, “Maybe It’s Time,” we can see we’re headed in a new direction that opens up the possibility for men and women to shed preconceived notions of the past in order to move forward: “It takes a lot to change a man and it takes a lot to try; maybe it’s time to let the old ways die.”

The film was personal for both of its stars. Cooper recently said in an interview with People Magazine that he felt particularly drawn to making this film because for him, he realizes “time is the greatest currency now,” recognizing the fragility of life itself and explaining that he felt he could bring a strong, fresh point-of-view to the story. Having experienced the loss of his father to lung cancer in 2011, and having reportedly struggled with depression, an ear injury, and alcohol and substance abuse himself, one might imagine there’s more of the deeply private Cooper in Jackson’s story than he’s willing to admit.

For Gaga, the story of a woman’s rise in music and the associated gender politics are also deeply personal. While Cooper’s focus has been on putting his heart and soul into the collaboration and partnership in making the film (it also stars the likes of Andrew Dice Clay, Dave Chappelle, and Sam Elliott), Gaga’s has been on supporting women speaking up and out about sexual assault. Through her Born This Way Foundation, she’s been calling for more kindness and compassion across the board.

“What would be wonderful — not just for artists — but for the whole world, is that we intervene early in life for those we see struggling,” she said in an interview at the Toronto International Film Festival. She also spoke out in support of Christine Blasey Ford in a recent appearance on The Stephen Colbert Show, leaving him speechless.

In her first duet with Jackson on stage, Ally gets an opportunity to see what can happen when she’s able to trust someone else — and herself — completely, after having been told she didn’t have the right “look” to be a successful singer-songwriter for years. Together, they sing “Shallow”:

Tell me somethin’ girl
Are you happy in this modern world?
Or do you need more
Is there somethin’ else you’re searchin’ for?

The film is full of metaphors, both devastating and wonderful. They’re working together, harmonizing on stage as Ally learns to literally use her voice to rise up. She’s in control, while he’s stumbling and fumbling. Still, she recognizes the transcendent power of his support: “You found the light in me that I couldn’t find,” she sings in “Remember Us This Way.”

“All you gotta do is trust me,” Jackson says to coax Ally out on stage.

In real life, Cooper and Gaga have found a soulful, professional partnership together, and what they believe will be an abiding friendship born out of mutual respect. “Bradley is not your typical first-time feature director,” producer Lynette Howell Taylor has said. “He’s a real collaborator, he learns, he pays attention.”

In the film, he reminds Ally often to speak up and tell the truth. It’s enough to stand up and say something. It matters. And in the end, she’s standing on her own.

What could happen if we were surrounded by men and women who actually do have integrity, who might give us — and the next generation — an opportunity to be vulnerable and safe at the same time? Most importantly, how much magic are we missing out on when we don’t create that kind of atmosphere every day for our children, artists, athletes, students, colleagues, friends, family, and lovers? 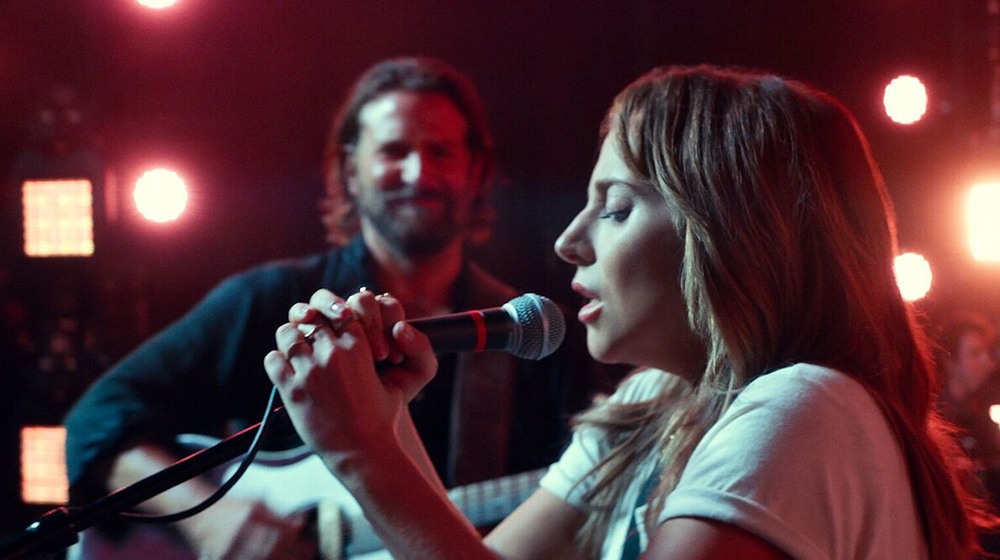