The first minute of Lynne Sachs’ new documentary, Film About a Father Who (2021), embraces an unsettling image. The camera trains closely on the dense mane of hair belonging to the filmmaker’s father, Ira Sachs Sr., who winces while Lynne brushes and detangles his hair.

This overture serves as a potent visual metaphor for the film, as Lynne Sachs examines the dark legacy of her father, an eccentric playboy developer of Park City, Utah, whose freewheeling sexual appetite has wreaked collateral damage upon their complicated, ever-expanding family. In that opening scene, as the filmmaker continues to brush her father’s hair, the shot widens to reveal her reluctant but natural proximity to her father, despite all the knots about to be painfully loosened.

The documentary, streaming on the Criterion Channel as part of a collection sampling the celebrated filmmaker’s body of work, tests the limits of audience empathy as it explores an obscure figure whose behavior is gradually revealed to be abhorrent. Though Sachs doesn’t pull any punches, her film takes pains to convey her love for her father despite the revelations she has discovered. In the process, Sachs has crafted a damning portrait of a loved one. Though it’s become a staple of the memoir genre in film and nonfiction to air familial dirty laundry, Sachs proceeds with her investigation in a conscientiously humanistic way.

While a few of Sachs’ other films in the upcoming Criterion Channel anthology are short films (including her recent “Epistolary: A Letter to Jean Vigo,” which juxtaposes scenes from the 1963 adaptation of Lord of the Flies with footage from the January 6 insurrection at the US Capitol), Film About a Father Who stands as an entry firmly straddling the line between memoir and biography. It’s a work that could be screened side by side Sarah Polley’s Stories We Tell (2012), a film that also sought to understand the unusual circumstances of a filmmaker’s parentage.

Film about a Father Who eases us into the mystery of Lynne’s father, a research question that the filmmaker has tackled since she started collecting material for the project in 1984. When we are introduced to Ira Sachs Sr., the film includes an old cable news interview that showcases Sachs Sr.’s Holiday Inn developments in Utah and his hobby of skiing while talking on an enormous early model cellular phone.

Behind that goofy exterior, however, exists a troubling side marked by secrecy and curious dissembling. According to Lynne Sachs’ narration, this was a man who owned two identical red convertibles so that his mother wouldn’t chastise him for being a spendthrift — because the two vehicles, when shrewdly used, could deceive Sachs Sr.’s mother into thinking he possessed only one car.

“The first time I saw both cars parked together, I was shocked that he had two,” Lynne Sachs states. “It was his secret, but now I was also keeping it.”

As the film continues, the revelations grow more disquieting, as Sachs and her (immediate) siblings, including fellow filmmaker Ira Sachs Jr., struggle to remember all the women who passed through their father’s life. Six of these women had children with Sachs Sr. — culminating in nine children with whom Lynne Sachs counts as half-siblings.

The interviews with Sachs Sr.’s former romantic partners and their children are often raw. These include the experience of a woman named Diana, who ruefully describes her seduction by Sachs Sr., and Mallory Chaffin, who tragically recounts her unrequited love for the same man.

Lynne’s interviews of known relations eventually leads to her discovery of several half-siblings she never knew she had, including a pair that Sachs Sr. willfully obscured from his original nuclear family — only outed after Lynne discovered he had blatantly cut out their names printed on a shared health plan card. Shockingly, this was to prevent his mother from learning about the two children, since she had forbidden the fathering of any additional extramarital children lest she cut him out of the will.

“Can I make myself forget for the first 20 years of my sister’s life, I didn’t know she existed?” Lynne Sachs asks.

Take the experience of Beth Evans, one of Sachs Sr.’s estranged daughters who grew up poor and unknown to the rest of the family. “I grew up in a really hard life, like we didn’t have food,” Beth explains. “We had to worry about electricity. When I’m around you guys, it kind of angers me, because you don’t know real problems.”

As in other documentaries that apply a literary dimension to biography, Lynne Sachs tries to identify and psychoanalyze moments from Sachs Sr.’s life as defining traumas that shaped his character and worldview. For Ira, his “ghost” involved being abducted by his biological father as a child, and being rescued by his mother, who subsequently devoted her life to caring for him as a single mother. As Lynne’s grandmother tells this story in the presence of her son, who shakes his head uncomfortably, she scolds: “You mean you can’t go back and say I had a horrible childhood and that’s why I do all of this?”

As this summation indicates, this origin story doesn’t solve the cipher of Lynne’s father, who is shown repeatedly deflecting his daughter’s questions over four decades of interviews. Sachs tactfully includes moments that reveal her father’s consistent cooperation with the project and his seeming obliviousness that the end product will portray him in a negative light. It’s his love for his daughter, or his abject social cluelessness, that allows the project to proceed. The filmmaker clearly possesses courage in telling this story to a wide audience, and the consent of her family and rather large informal extended family is striking in their public testimony about their peculiar situation.

Just as Karl Ove Knausgård’s My Struggle series of memoirs raised eyebrows for how willing the author was to depict the private lives of his relatives, Film About a Father Who might provoke similar qualms. Will Ira’s former romantic partners and children suffer harm from this documentary telling their story so openly?

In a similar vein, the film also reminds us of the problematic ethics of biographical narrative when the subject is too close to the storyteller. However, while such works by definition cannot be objective, these stories have the potential of channeling stronger emotional valences that generate empathy for the family’s curious predicament, despite Ira Sachs Sr.’s clearly callous attitude to his various dependents.

At the conclusion of the film, though the audience can’t sympathize with Ira Sachs Sr., we are convinced that the filmmaker does — or wants to. That desire to understand insulates the project from what, in less steady hands, might have receded into a purely sensationalist narrative.

“This is not a self-portrait,” Sachs concludes. “This is my reckoning with the conundrum of our asymmetry. A story I share with my sisters and brothers, all nine of us. My father’s story, or at least part of it.”

With its haunting, fractal approach to biographical filmmaking, Film About a Father Who supports the Tolstoian adage that all unhappy families are unhappy in their own way. Such a project would not be feasible without the boldness and honesty of the filmmaker and her subjects, with the exception of the enigmatic patriarch. 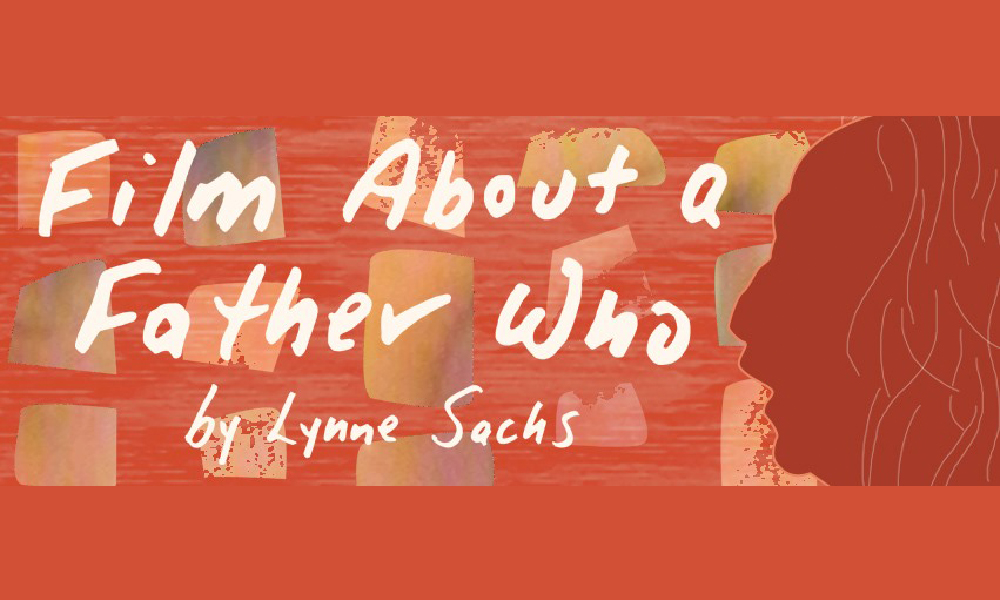