In his book The Adventurer, critic Paul Zweig claims the themes of imprisonment and escape provide “a conduit for the mythology of modern times.” Recast as isolation and communication these are also the themes capably explored by Rachel Rose in her debut collection of short stories, The Octopus Has Three Hearts.

With tenderness and humor and descriptions of sex that are at times seething and at others raucous, she deftly leads the reader on an exploration of worlds turning on axes of love and despair. Worlds whose conflicts are mediated by children and animals from bats, pigs, and parrots to dogs and kittens. In these stories, some linked by a common location, the characters struggle to overcome seemingly irresolvable traumas to find their way, with varying degrees of success, to redemption and sanity. Though the failings often start as venial, redemption rarely comes easily.

In the title story, “The Octopus Has Three Hearts,” Mica fibs to the two men in her life that she is pregnant only to admit she isn’t, risking a breakup of their relationship. While in “White-Noise Syndrome,” Claire, distraught while receiving cancer treatment, is unfaithful to her husband Jorge. In “Of Rats and Men,” Piper cannot overcome her feelings of violation, having been abused as a child, and so is unable to maintain a relationship with her twin sister who herself may or may not have been abused. In “Troll,” Troy is both sinner and sinned against, and desperate for absolution. By showing pity for two abandoned dogs, he earns sufficient compassion from men at a Buddhist temple to start piecing together a life broken in shards.

The compassion in the stories goes deeper than the justice or injustice of human failings with characters struggling to communicate through barriers of loneliness and silencing caused by emotional and physical abuse. One such story is “Karma,” about Marina and her autistic son, Theo, and the three chickens they adopt Karma, Dharma, and Dukkha. Marina is estranged from her mother in a country not her own. Her husband, abdicating responsibility, leaves her to cope alone with finding ways to connect with their son. In this story and others, women are the force that binds families together when men go AWOL. In others it is the men who bear the load.

The theme of animals as surrogates and alter-egos is humorously illustrated in some stories and tragically in others. In “You’re Home Now,” Roxanne renames a pet and so resolves a conundrum, finding peace with herself. While in “Wings on Pigs” a pet dog allows a police officer, unable to make amends, to come to terms with having killed an innocent man. In “Revolting Beasts and Those Who Love Them,” Sarah finds inspiration in Charlie the chameleon.

The device of doubling is skilfully deployed in many of the stories. The doubling is mostly of similarity and complementarity rather than duplication. A condition described by the essayist Thomas Carlyle as “all things have two faces, a light one and a dark.” And a case of one self can do what the other self can’t. In “Will You Accept the Charges,” Lisa assumes the role of an imaginary Mexican American she calls Valentina. In a moment of lucidity, she diagnoses her malaise as part of a general obsession with “who’s in and who’s out.” With mimetic doubling being the ultimate in, she darkens her complexion and changes her appearance to fit her image of being Mexican. But Lisa’s doubling as Valentina is a stage too far. Despite fantasizing the person she could be, if only she were Mexican, Lisa cannot overcome being Lisa.

In several stories, light and dark selves are divided into separate though related characters. Piper is the dark to her twin sister Steph’s light. Roxanne’s family are doubled in the pets she keeps. In “Jericho,” Destiny’s boyfriends Jay and Carlos are doubles. Their sum total adding up to less than the man she needs to care for her child. In “Porco Dio,” Jaxon is doubled with the pet pig Francis Bacon and is less of a son to his parents than the pig. The policeman Craig is doubled with David Maynard, both 22 years old, killed by him as a consequence of his “unintended bias.” The doubling is lightly underscored by the dog David bought his mother being eventually delivered by Craig. Mark is dark to Will’s light in “Revolting Beasts and Those Who Love Them.” In “Warhol,” the marital situation of Jane and Del is mirrored in that of Kuniko and Harry with the story turning once and then again on the words of a parrot. In “The Glass Eye,” possibly the most haunting of the stories in this collection, two families are doubled.

In some of the stories a character’s world is paired with others mythical, phantom and virtual. In “A Toss Through Time,” Jael, after a traumatic divorce, moves to an island to live the life of a would-be writer. After a tussle with Pan, the cloven-hoofed god, she discovers her writer’s voice and doing so escapes the prison-house that is the silence of “frozen emotion.”

There is a buoyancy to the writing that with humor, insight and surprise carries the reader through stories that range from the magical to gritty realism. Read collectively they tell of a world tilting on its axis and in need of greater empathy and understanding to right itself. A world familiar and yet also defamiliarized in the telling. 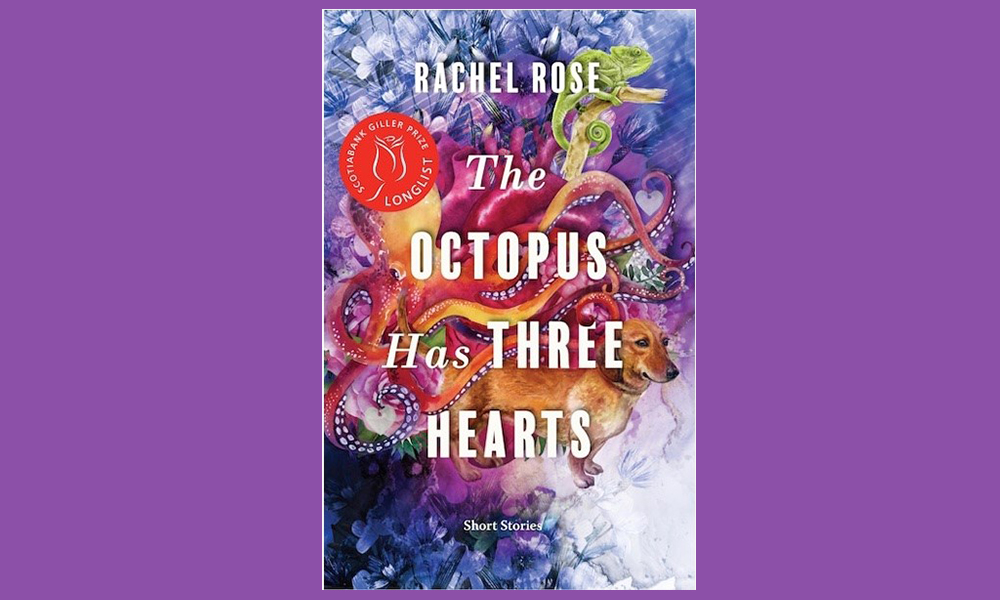