The United States has always been considered a place where a person could find success no matter where they came from or what their history might be. All you had to do was “buckle down” or “pull yourself up by your bootstraps” and you could find your way to the American Dream. Writer Sarah Smarsh effectively demolishes that preconceived notion in her book, Heartland: A Memoir of Working and Being Broke in the Richest Country on Earth (Scribner, September 2018.) Raised in the rural farmlands of Kansas, Smarsh tells her story by way of a conversation with the child she never had, and makes it clear that she correlates her own escape from poverty by not following in the footsteps of the women in her family and becoming a teenage mother.

As Smarsh shares her story of growing up with a young mother who was closed off from showing love, a father who worked hard but couldn’t escape the bonds of poverty, and grandparents who lived a hardscrabble life on a rural Kansas farm, we see not only the heartbreak of the working poor in America, but the the life of a family of women who moved around a lot to escape the violent men they married, who struggled to raise their young children when they were just children themselves. Families who wouldn’t take a “government handout” because it was considered shameful, yet they worked themselves into old age before their time. Life was about work and more work, yet there was never enough to make a living wage.

The book takes us through the Homestead act, the Reagan era and the farm crisis of the 80s, quickly destroying any illusions about class not existing in this country, as well as breaking down the vicious cycles of generational poverty and how it impacts both families and the community at large. Smarsh often circles back to the women in her life, obviously her primary influences and her pushback against a society that expected her to fail. Citing how the “maternal cycle I was born to felt so hostile to my mission in the world,” Smarsh is fierce in her determination to find something better, sparing her unborn child from the life she grew up with and breaking that cycle once and for all.

Smarsh’s story is gritty, with no punches pulled, and is backed by hard economic facts and history. The hardships faced by the working class of America’s heartland glare from the page, from stories about being unable to afford proper medical care to dealing with the natural destruction brought by living in tornado alley. She writes that being both white and poor was a particular affliction, and that in America “poor whiteness is a peculiar offense in that society imbues whiteness with power” and of the general consensus that poor people are “lazy” despite the fact that many are working two or three jobs at a time. The huge gap between class in the United States becomes increasingly evident as her family fights to better themselves, never quite succeeding but never giving up.

Despite her realizations that she was “somehow strange to the place I was from” Smarsh’s affection for her family and pride in her farming history is evident. She weaves joy and love into the fabric of her narrative, and in the end, when asked how she “got out” of the life she was born into, Smarsh writes “…in many ways I am still there by choice, to some extent, appreciating its riches that shaped me.”

Smarsh continues to speak to her imaginary daughter throughout the book, which is somewhat jarring but also just manages to work. Her mantra of “What would I tell my daughter?” keeps her moving forward, seeking an education while avoiding the pitfalls her own family didn’t escape. Smarsh also seems to speak directly to all of us, as she talks about how the issue of class was never mentioned aloud while she was growing up, yet was seen and felt in the very fabric of her childhood.

Heartland shows all too clearly that the constraints of class are alive and well in this country and the American Dream is nothing more than a “ghost haunting our way of thinking” and comes with a large dose of Kool-Aid. We might not want to believe that what you’re born into can define your future, and it shouldn’t, but the reality of poverty in this country, shame at being part of working class America, alongside the fallacy of a “bootstraps” way of life, affects us all. 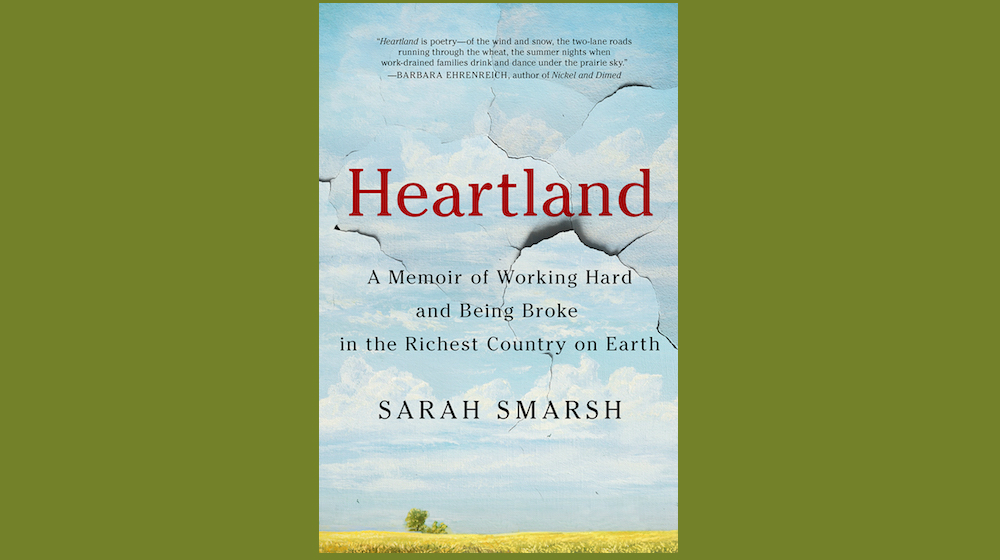