Maybe a certain amount of solitude is a necessary part of modern life, but the affluent, unnamed narrator in Ottessa Moshfegh’s latest novel, My Year of Rest and Relaxation, takes seeking solitude to a destructive extreme. She becomes addicted to antidepressants and tranquilizers on purpose and withdraws into the squalid shell of her Upper East Side apartment in an effort, she claims, to heal herself. But what she is healing herself of is a question that hangs over the novel. Why does the narrator need a whole year of rest and relaxation?

It’s possible that the narrator experienced something to require this time on the mend. While her parents did die while she was in college, Moshfegh spends little page time on the narrator’s relationship with them or her feelings for them, instead using their deaths as a way to explain how the narrator can afford to go into hibernation while the rest of the country (even in the novel’s early-2000s setting) labors to eke out an existence from paycheck to paycheck. Either way, this lack of interest in her own backstory presents a clever sleight of hand: the reader must take the narrator at her surface-level privilege, forcing her to be so unlikable and unrelatable that Moshfegh renders her as a clever satire of the upper class.

Not only is the narrator classically good-looking, like an “off-duty model,” as she puts it, but she was educated at an Ivy League school. The combination of these characteristics alone might be enough to irk some readers, but her ability to live off her parents’ money and social services while squandering her education and potential pushes her straight over the top.

On the one hand, who among us hasn’t wanted to sleep all day or at least voiced the desire to live an easier life? But the descent of Moshfegh’s narrator is more than that. Hers is a decline into numb carelessness. She becomes so wasteful — disposing of time, money, and resources — that her pampered lack of need becomes disgracefully apparent.

“Early on in this phase, I had my dirty laundry picked up and clean laundry delivered once a week,” the narrator says of the early days of her hibernation:

But after a while, it was too much trouble to gather up all the dirty clothes and stuff them in the laundry bag. And the sound of my own washer and dryer interfered with my sleep. So I just threw away my dirty underpants. All the old pairs reminded me of Trevor, anyway. For a while, tacky lingerie from Victoria’s Secret kept showing up in the mail — frilly fuchsia and lime green thongs and teddies and baby-doll nightgowns, each sealed in a clear plastic Baggie. I stuffed the little Baggies into the closet and went commando. An occasional package from Barneys or Saks provided me with men’s pajamas and other things I couldn’t remember ordering — cashmere socks, tacky graphic T-shirts, designer jeans.

Besides the comment about her ex-boyfriend, which hints at history and humanity, the rest of this paragraph is a calibrated waltz of wastefulness and privilege, deftly crafting the narrator’s low-key despicable persona within the novel’s first pages.

My dislike of the narrator goes deeper than irritation at her privilege. Her choice to sequester herself and allow her body to waste makes light of people who truly experience life-changing conditions that make self care difficult or impossible. “I took a shower once a week at most,” the narrator claims. “I stopped tweezing, stopped bleaching, stopped waxing, stopped brushing my hair. No moisturizing or exfoliating. No shaving.” Imagine being so sick that you want to perform these daily rituals, but they require too much energy. Personal hygiene is just that: personal. But it also falls into one of the categories that seems to be free for public criticism. For example, in May, a Transavia flight was forced to make an emergency landing in Portugal because of one passenger’s unbearable body odor. News of this embarrassment opened him up to ridicule on the internet, only for him to die in late June of necrotic tissue disease, leaving even some of the news outlets that mocked him feeling contrite.

The narrator continues, from describing the state of her homebound life, to explaining how it’s possible:

I’d already paid a year of property taxes on my apartment and on my dead parents’ old house upstate. Rent money from the tenants in that house showed up in my checking account by direct deposit every month. Unemployment was rolling in as long as I made the weekly call into the automated service and pressed “1” for “yes” when the robot asked if I’d made a sincere effort to find a job. That was enough to cover the copayments on all my prescriptions, and whatever I picked up at the bodega. Plus, I had investments. My dead father’s financial advisor kept track of all that and sent me quarterly statements that I never read. I had plenty of money in my savings account, too—enough to live on for a few years as long as I didn’t do anything spectacular. On top of all this, I had a high credit limit on my Visa card. I wasn’t worried about money.

This paragraph seems precisely tuned to make the reader hate the narrator. And don’t misunderstand. I’m not saying I hate this novel. Far from it. Her prose is vivid and sharp, composed, as Dwight Garner says in the New York Times “as if the writer has an extra row of teeth.” Moshfegh has also crafted a character so disentangled from all our societal hang-ups, whose actions fly in the face of everything we have been taught is proper, who is so baldly negligent of others’ humanity — that it is absolutely delicious to hate her.

She pops pills that she easily obtains from an impetuous psychoanalyst she never has to see. She treats her devoted friend Reva like she’s as disposable as her Victoria’s Secret underwear. Even her desire to sleep months away comes off as glitteringly sensational: “If I kept going, I thought, I’d disappear completely, then reappear in some new form. This was my hope. This was the dream.”

The greatest reason to hate her is her privilege. She has clothes, a house, and an apartment without having to work for them. Yet, she still needs to convalesce. Her mere ability to withdraw shows she needs no coddling. Most people in the United States can’t afford to live alone as the narrator does, and many more can’t afford the necessities of life, even while employed and working. The United Way calls this population Asset Limited, Income Constrained, Employed (ALICE). By 2018, researchers found that more than 34.7 million families fall under this classification, and more than 40 percent of U.S. households can’t afford basic necessities like rent, food, healthcare, and transportation. These people cannot afford to withdraw from life, because they cannot afford life itself. To compound the problem, many people in the United States must interact with customers on a daily basis. According to data from the Bureau of Labor Statistics, in 2017, some 26.7 million people were employed in some sort of service position, like food service or healthcare. Another 33.5 million were employed in sales. For most people, a primary characteristic of working for a living is having constant contact with others. With the narrator’s withdrawal from life, she exists above these kinds of experiences.

Call me a bleeding heart, but this is why I find the narrator’s languid consumption so infuriating: because she dares to say she needs a break — “My hibernation was self-preservational,” she says. “I thought that it was going to save my life.” — but she has nothing to take a break from.

Of course, she is struggling against our society’s forced “you only live once” raison d’etre, but in doing so, she is not producing anything of consequence, only hurting herself and others.

Not that the narrator’s life is without its problems. Those problems, though, she has brought upon herself. She is under a self-induced torpor from “Infermiterol: For when you don’t want to get up until it’s over,” neglects herself and others, and doesn’t realize her friend Reva’s innate beauty until the very end, which is only because of Reva’s tragic death.

At its heart, this book is a biting criticism of the anomie of modern society, especially of those who can afford to remove themselves from the company of others. Why else make the main character so unlikeable? Why elicit such a strong response?

Some have compared the narrator to Oblomov, but to me, the narrator is more of an Ignatius J. Reilly, ridiculous and subtly laughable in her need to just get away — from nothing. 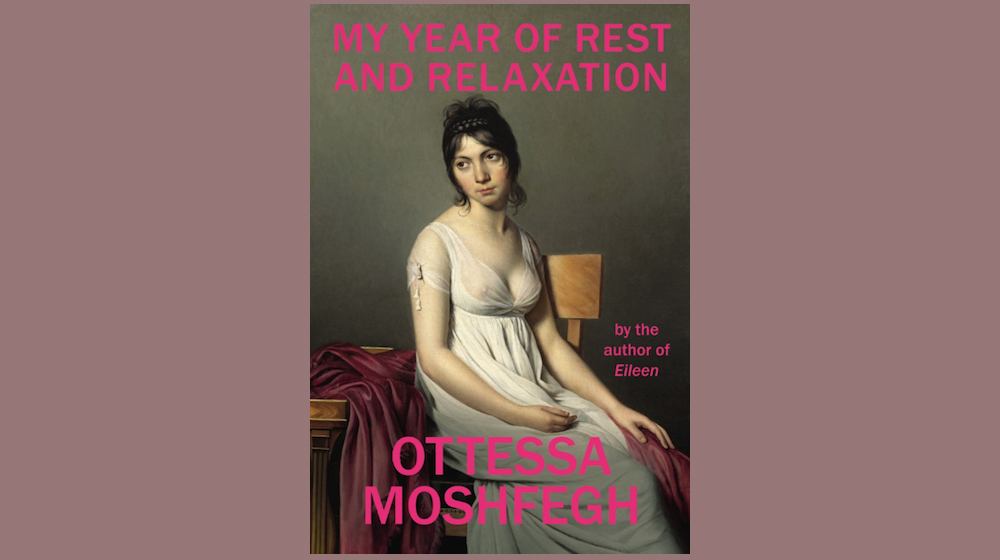