Juan Cárdenas’s Ornamental, the latest in a series of contemporary Latin American literature in translation from Coffeehouse Press, is a psychological, dystopian novel with a quiet unease.  Beginning in the form of a log by a medical doctor performing mysterious pharmaceutical trials on a group of underprivileged woman near an unnamed city, the novel follows the doctor and his visual artist wife as the drug is revealed to have addictive euphoric properties that spur civil unrest.

Despite its potentially dramatic premise, Ornamental is a work of subtlety and restraint, in which almost every conflict is heard second hand, and if then, only briefly considered. Lizzie Davis compares the novel to a work of architecture in her translator’s note. Given the novel’s high narrative distance, the comparison seems especially apt; Ornamental is born in part out of an aesthetic contrast between frenetic surrealism and clinical minimalism, not unlike the contrast between the bright splashes of color and blockish houses which they cover in Cárdenas’s home country of Colombia.

What makes Ornamental so deeply affecting, however, is not that its pages come together to form a beautiful work of exterior art — though it does — but its ability to cast unease on our interior worlds. Cárdenas is an art critic as well as a novelist, and his exploration of the nature of criticism and artistic interpretation lend Ornamental its eerie power. Early in the novel, the doctor’s wife tells an interviewer, “there is no [art]. There’s only the subtlest substance, insufflated with materiality, or rather, with movement, beginning with a primary gesture devoid of any meaning…” This statement strikes a note of ennui which hangs over the rest of the novel, apparently eating away at the doctor and his wife, but never quite reaching the point of dramatic conflict. A number of these chapters end with unaddressed tension in the distance: dogs barking outside a window, a passing description of the doctor’s wife’s tachycardia, laughter which “slips nervously through the thick disorder of branches.”

But strangely this tension is only doubled by the doctor’s lack of willingness to meditate on or address any of these conflicts — perhaps because it implies that on all of our peripheries, similar tension may be brewing. In this way Ornamental is a very unusual work of minimalist prose, gesturing toward the universality of absence rather than particular universal constructs.

It is not until the narrator states that he and his wife are both “designers of artificial emotional states,” however, that the full extent of the novel’s implosion is laid plain: if artists are creators of an artificial world, than their creation is merely ornament, a projection which we as readers can pass our hands through but never touch. The exercise of reading the novel, then, becomes an act of futility, much like taking the drug in the book — a warping of perception which generates interest but which is ultimately empty. “Meaning is an accident,” the doctor’s wife tells us. “A surplus.”

As the psychotropic drug hits the market and grows in popularity, women from around the city band together and perform raids to get access to more. One of the women from the drug trials disappears entirely. The doctor begins giving the drug to his wife in order to ease tension in the relationship. As the ennui of the novel slowly burns on, doubt subsumes the doctor to the point that we are left with the chilling final line:  “I can’t tell if [my wife’s] asleep. I place my hand on her head, but her head is no longer her head, nor her hair her hair, nor my hand my hand.”

Brilliantly executed and cleverly translated, Ornamental leaves us with a fresh understanding of the creation of art and the nature of meaning-making. Davis’s translator’s note leaves us with the question, “How do we look and listen from now on?” and I can honestly say, I haven’t the slightest idea — this novel has knocked me off my feet. 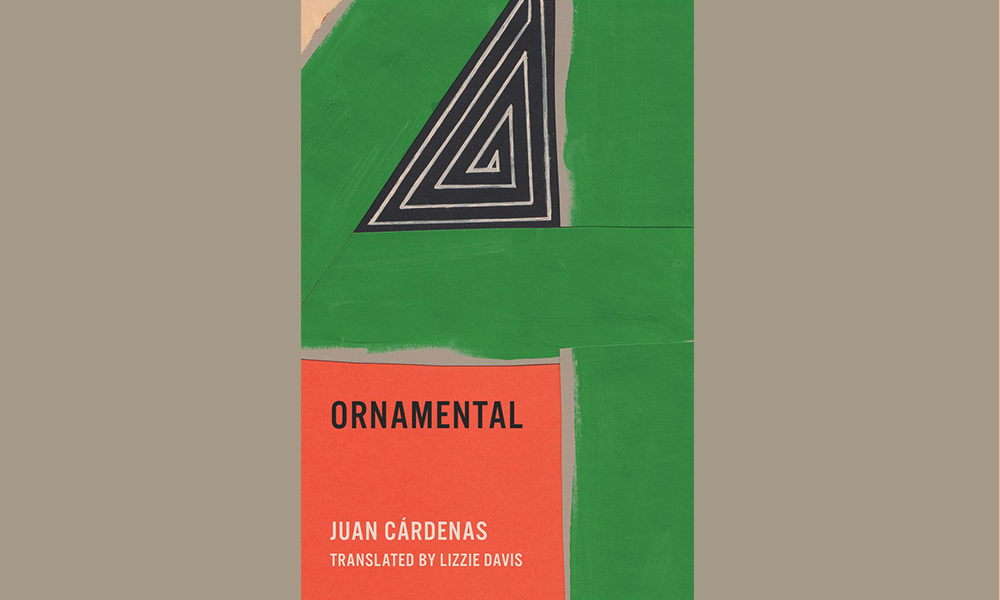