Not everyone was fortunate enough to escape Europe before Hitler’s tyranny took hold, but Salka and Berthold Viertel beat the odds. The Jewish couple moved from Berlin to Los Angeles in 1928 on the recommendations of German theater peers who’d found greener pastures in California. Salka was a stage actress; Berthold, a screenwriter who had landed a contract with Fox Film Corporation. As the two watched the rise of fascism from an ocean away, their welcoming abode in Santa Monica, California, grew essential to fellow émigrés as a reprieve from the pressures of assimilation and an escalating world war.

Hollywood’s salon of outsiders — and Viertel, an unsung Hollywood hero — are celebrated in Donna Rifkind’s The Sun and Her Stars: Salka Viertel and Hitler’s Exiles in the Golden Age of Hollywood. Born in 1889, Viertel was raised in present-day western Ukraine, the daughter of a magnanimous father who regularly hosted needy strangers and organized soup kitchens and food drives. Viertel’s mother imbued the home with culture, complete with musical performances and intellectual debate. Viertel internalized this hospitality, and it resurfaced during a pivotal time: as she worked her way into the 1930s Hollywood film industry, first an actress and then as a screenwriter for an ascendant Greta Garbo, cells of domestic fascists like the Silver Shirts and German American Bund operated throughout Los Angeles hosting marches and planning cultural sabotage.

Against this climate, Viertel’s home increasingly became a hot spot for many European Jewish immigrant artists, as well as luminaries like Greta Garbo, Charlie Chaplin, and Sunset Boulevard writer-director Billy Wilder. And as international frictions grew with President Roosevelt’s Lend-Lease Bill and Germany’s invasion of Poland, her Sunday parties became increasingly necessary as a release from the grueling news cycle. Viertal also hosted gatherings following Hollywood Anti-Nazi League events, an organization united against fighting fascism. Many of Viertel’s guests also supported the European Film Fund, a nonprofit she founded with associates such as Universal Studios founder Carl Laemmle (born in Germany), which helped provide money to refugees and affidavits to secure them jobs in Los Angeles. In the wake of Pearl Harbor, Viertel’s home was one of the few that could be seen and heard at night during the blackouts, music blaring through wide-open windows. The place, as Rifkind writes, was an oasis “where a houseful of enemy aliens who had barely escaped their deaths in Europe let off steam” and advocated for those less fortunate.

As the war waged on, so did news of Hitler’s Final Solution. Viertel’s brother was killed in the Holocaust, while many Hollywood friends, like Wilder, received similarly grim news about their own families. These survivors all faced varying degrees of guilt, having been unable to save their loved ones from destruction a world away. Although much would change for Viertel after the war. Her once patriotic anti-Nazi activity would be questioned by red baiters as communist sympathy. Work dried up as she found herself on Hollywood’s gray-list and Salka was forced to sell her Santa Monica home, after which she would relocate to Switzerland.

Rifkind’s book captures the nuances and humanity that makes history entertaining, engaging, and insightful. Not only do we learn about the lives of expatriates on the West Coast, but we can also picture Viertel’s parties and understand their necessity during a terrifying time for many. Rifkind carefully recreates time and place through the eyes of the immigrant artists who escaped Hitler’s Final Solution and lived to shoulder the guilt of knowing others less fortunate. While Salka did write her own 1969 autobiography, The Kindness of Strangers, Rifkind’s work corrects some of Viertel’s modesty and puts her reputation on the pedestal it deserves.

Chris Yogerst is author of the upcoming book Hollywood Hates Hitler! Jew-Baiting, Anti-Nazism, and the Senate Investigation into Warmongering in Motion Pictures (University Press of Mississippi, 2020). 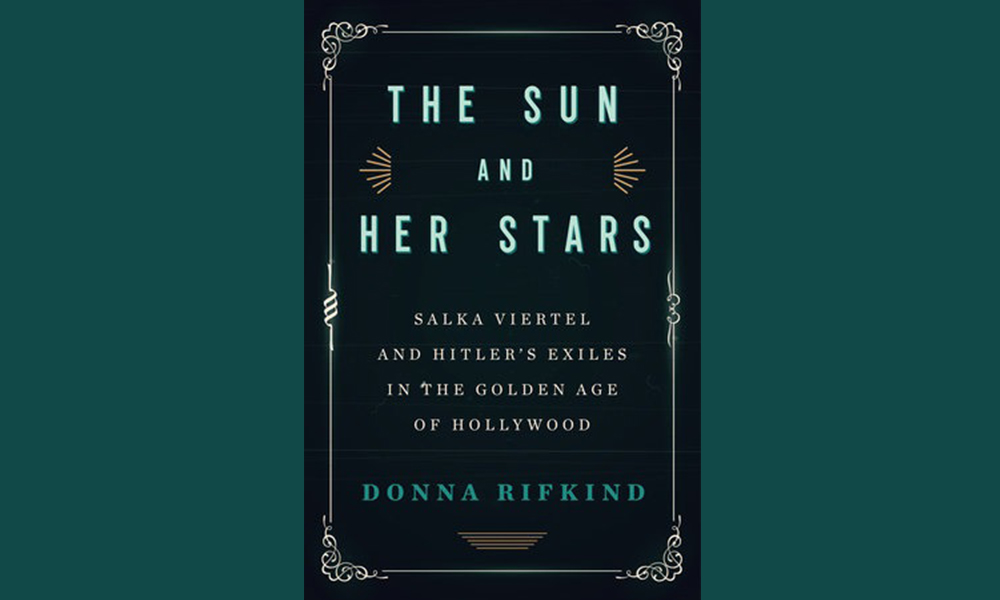