When I first shared with my creative writing students that I was reading James Brown’s latest memoir, it didn’t take long for one of them to announce to the class: “Wait a minute, wait a minute — Google says he died 2006. Wats up?” Holding her smartphone in one palm, I couldn’t blame the student for her resourcefulness. “He’s a writer with the same name,” I explained. “Yeah, yeah. But can he dance or sing like this?” She held her phone up to show the entire class a YouTube video of “the Godfather of Soul” doing his thing. “Honestly, I don’t think any human being can,” I had to confess. They all bit their lips, snapped fingers to the beat of “I Feel Good.” What can I say? You can’t get anything past Gen Z these days.

Obviously, the James Brown I am referring to is alive and well (thankfully); and though he may never boast a nickname as cool as his namesake, Brown’s latest book, Apology to the Young Addict (Counterpoint, 2021), continues to leave his indelible mark on the art of memoir and American literature. In a nutshell, Apology is a deep dive into Brown’s vast ocean of substance struggles, much of which he’s bravely navigated in his previous award-winning memoirs Los Angeles Diaries and This River.

But while many of the same demons haunt Apology (the tragic suicides of Brown’s brother and sister, Barry and Marilyn, for instance), new ones also plague its pages (the death of Nick, his long-time friend and Alcoholics Anonymous sponsor), and it’s obvious that Brown is not interested in looking back just to remember; this book is about keeping memory alive. Of course, most will argue that this does not deviate from the ultimate purpose of any memoir. But the reality is that Brown is in his sixties now, something which many of the key characters that populate Apology cannot claim for themselves, sadly. As a result, the 14 essays in this collection shine with Brown’s gratitude and respect for all those who have helped him survive. This is a book by a seasoned writer well aware that his perpetual journey towards recovery will never be completed without the generosity, unselfishness, and sacrifice of others.

What fascinates most about Apology is how it clarifies that addiction is much more than a genetic predisposition, and its tentacles reach far and wide. Addiction thrives on the confluence of a myriad of factors — economic, familial, social, just to name a few — where the end result, if left unchecked, can only lead to despair, destruction, and death. Brown deftly illustrates this in the essays “This Little Girl” and “This Little Boy.” In the former, he writes of his recurring dream of a hit-and-run death of a little Black girl when he was only six years old. In the latter, it’s Brown’s childhood neighbor surviving his abusive, junkie mother. These essays are spaced apart in the book (and similarly titled) purposely, proving that this illness Brown is deconstructing has many roads leading in and out of it; that addiction is the sum of exponential parts — good, bad, even those that might run contrary — and will not be reconciled until the entire composite of his life is magnified, inspected, and most importantly, acted upon.

This is why I believe, beyond these insights into the realities of addiction, that Apology is about redemption through reciprocity. Proof of this theory surfaces when Nick tells Brown the following while visiting inmates at a local prison together: “You need to start helping others, especially those in a place you could’ve wound up yourself” (77). As the title of the book suggests, Brown is effectively apologizing for his own substance-induced selfishness throughout the years, a modus operandi brought on by giving in to his compulsions with little to no regard for anyone other than himself. In the essay “Leaving Las Vegas,” for instance, Brown underscores his inability to trust his son with the horror of Stephen Paddock’s mass shooting of concertgoers in 2017. In “A God of My Understanding” Brown’s belief in a higher power is hindered by his own unwillingness to forgive his siblings, Marilyn and Barry. In “The Good Neighbors,” well-to-do neighbors Freddie and Neddy slowly succumb to painkillers, but even after recovery, Brown does not want to have anything to do with them.

Throughout the book there is a hesitancy on the part of Brown to make any type of leap of faith, and yet I never stop believing in him. I understand him, in fact, this disguise of his stitched together by decades of rigid AA training; a conditioning that’s taught him to see the road as narrow and to avoid tough situations and people that may lead to his falling into destructive habits and having to start all over. It isn’t until Brown knocks himself out with his own fist, to paraphrase Mary Karr in The Art of Memoir, at the end of Apology that he begins to learn the importance of giving back to those around him. Once again, it’s Nick, dying of cancer and in hospice, who explains this to Brown in “Bone by Bone”:

You have to get rid of all your old skeletons… Bone by bone. Smash them to pieces. Crush them to dust. No more beating yourself up about why did this happen or what if I’d done that. You toss out the garbage of the past so you can make room for all the good in the present. You want to get a running start on a whole new life. (224)

And this “whole new life” Nick is referring must include the souls that orbit Brown, be they dead, alive, or addicted. In the end it comes to this: Brown’s apology is only as good as what he’s willing to offer back, and I’m happy to say he comes to that realization as the book progresses. In the collection’s last vignette, “Stories,” Brown reveals quite powerfully why, for a writer like him, the writing is all but done once the last page is complete. Unless he learns to engage with the lives of others beyond the page, his art is in vain:

I need to tell my own story and believe, in telling it, that someone might see themselves in me. In embracing the lives of other drunks, I embrace the tattered remains of my own past, and it’s together, not alone, that we tell our stories with the hope of saving a life, one that belongs to us all. (273)

As fate would have it, Brown’s philosophy would transform into the flesh in the very same classroom I mentioned earlier. A few days following my announcement, a student approached me after class and, emboldened by some of Brown’s life story I had shared, eventually opened up about her substance abuse struggles. I didn’t give her the proverbial “I’m sorry.” Instead, I walked her over to the counseling office and waited in the lobby for her to come back out.

“You shouldn’t have stayed,” she said in surprise thirty minutes later.

“We can thank Nick for that,” I answered.

I handed her my copy of Apology and we walked out together, the sun flooding us over as the doors opened wide. 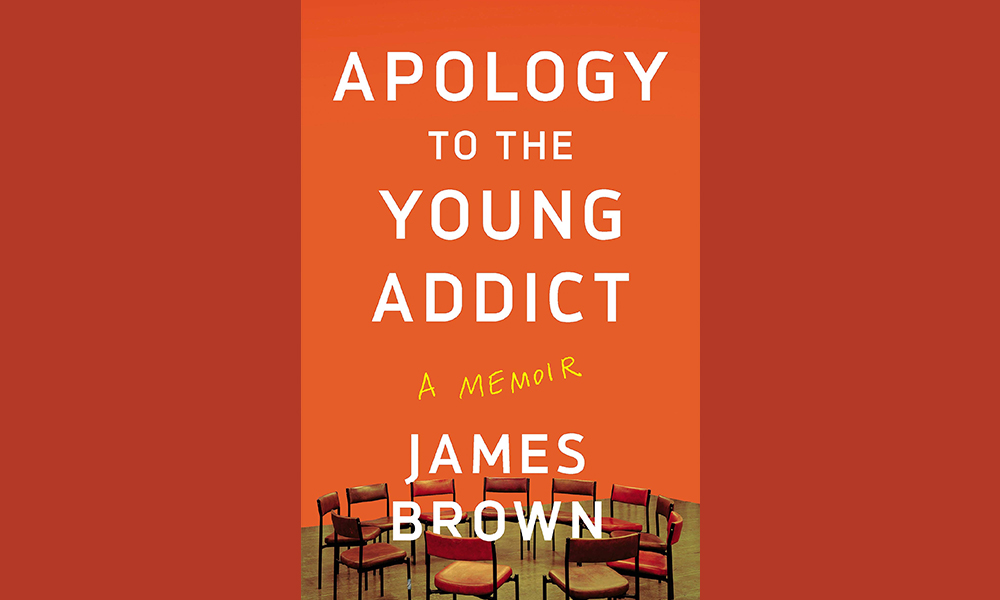