I tend to have many thoughts when I read a book — or does the writer’s imagination just make me more aware of them? Over the four days of taking in Fleur Jaeggy’s Sweet Days of Discipline, I considered more things while reading than I ever have, probably because I’m older and life continues to cave in, with worries galore: The Future! The Present! The Past! — you bet your ass it isn’t even past.

I wasn’t so interested in the story of Jaeggy’s novel — it’s obviously a coming-of-age book, though the narrator looks back from a distance that seemingly grows more lyrical as it proceeds — since I clearly subscribe to William Gass’s “You do not tell a story; your fiction will do that when your fiction is finished. What you make is music, and because your sounds are carriers of concepts, you make conceptual music, too.” There is a music to Jaeggy, even if translated by Tim Parks. So is the music his, while Jaeggy retains a larger share of the authorship concerning the “carriers of concepts?” I don’t know, I’d like to ask her — and Tim Parks. I’d also like to ask Parks about the first page — the third and fourth sentences in the book: “He [Robert Walser] died in the snow. Photographs show his footprints and the position of his body in the snow.” Does the Italian repeat the phrase “in the snow”? It does — but it’s two words there: “nella neve.” Does it sound different? Surely. “In the snow” in English is turgid, it’s a prepositional phrase with the connotation of the famous Breughel painting “Hunters in the Snow” — the phrase conjures the image, the trudging in the snow. To monolingual ears “nella neve” is a pretty exotic flavor of ice cream, but in Italian it might rest on the ears in a similar lazy formation. I kept thinking about that ungainly repetition as I read through the first 30 pages. Why repeat that? Pretty much nowhere else is there intentional repetition. Why not “…of his body there” or “of his dead body”? Plus, the aliveness of the book is coming upon a bounty of different words, like “ecclesiastic” fitting into the right slot near the end when the narrator sees the object of her obsession (the older girl Frédérique) later in life: “She told me she had seen some cockfights in Andalusia. ‘La chaleur ne dure pas longtemps.’ And she had something Spanish about her, something ancient, something ecclesiastic.” In tandem with this, I again thought of Gass’s travails to make people understand the architecture and soul of the sentence, the world within the word. The concepts of Jaeggy are more the impressions and the shrewd juxtapositions, since the next sentence following the “ecclesiastic” (they are watching a stove on the ground) is “The blaze of heat died and the cold of the mountain tops and the glaciers swept down.” But they are in an apartment in Paris. Of course, the enduring time is their days among those vaunted Swiss mountains so many years ago in boarding school.

The book is filled with old world melancholic wisdom and carnage (Keats: “I have been half in love with easeful Death” — and Jaeggy has devoted an essay to that small man who expired in Rome). In the middle of the book there is a passage that opens one of the short unnumbered sections which comprise it:

Frédérique was likewise asleep while I took my walks. The crows flew low over the steep grassy slopes, hideous, boastful, cruel. I had compared them to our adolescence as they searched for a place in the earth round the school to sink their claws into. In half an hour I was already high above, filling my lungs with the cold air. The universe seemed mute. I didn’t want Frédérique, nor thought about her. She read at night, perhaps she had only just fallen asleep. In the morning she was a bit stiff, shadows under her eyes. Up on the hill I was in a state you might describe as ‘ill-happiness’. A state that required solitude, a state of exhilaration and quiet selfishness, a cheerful vendetta. I had the impression that this exhilaration was an initiation, that the sickness in the happiness was due to a magical novitiate, a rite. Then it went wrong. I didn’t feel anything particular any more. Every landscape constructed its own niche and shut itself away there.

Knowing only English, I comparatively thought of Paula Fox, Elizabeth Hardwick, James Salter, and Christine Schutt — but maybe that pacing also held a dash of Don DeLillo; V.S. Naipaul and J.M. Coetzee, too. This is to say that I had programmed myself to respond to these tropes, these modern bends and straightaways of cunning, biting, and bitter psychological portraits from these writers, born from 1916-1948, who were weaned on Faulkner, Hemingway, Fitzgerald, and Evelyn Waugh, but primarily Beckett (and one could also set a certain pose for the delicious sentences [in a wholly other, though distinct way] of Melville, James, and Faulkner). This needling force also charges the late 20th-century ethos of Barthes and Sontag (she, of course, blurbed Jaeggy) — critics who came up as Beckett rearranged the literary room — which counseled that every thing that is our memory is sacred and, like Keats’s odes and the poet himself, they are open to simultaneous decay and over/under-powering romanticization (“She dwells with Beauty  — Beauty that must die”) — a negative capability so many in the twenty-first century can’t authenticate. There is so much glorious, cruel, and ethereal judgment in Jaeggy’s book that I thought back on my few visits to posh Europe and wondered if the majority (not just some) of the eyes pointed at my youth, height, and hippie-outerwear were eviscerating me by thinking Fleur Jaeggy thoughts — and, for unsurprising reasons, I imagined Isabelle Huppert’s horror-show straight-line face rearing up to smite me with only one of her least powerful of many daggers, when injecting those piercing Jaeggy words. I added to this with the truism that people rarely forgive a bad first impression — and I toppled. The actual English words of this viperous, militarily erect language in the passage are the ones so often heard: hideous, cruel, sink (verb), claws, cold, vendetta, rite, wrong, shut. Other visuals populated my brain: the frames of Robert Bresson, Michelangelo Antonioni, and Ingmar Bergman — each in turn austere, elegant, and occluded — always the black and white films, never the color ones, where the life displayed is rent, jagged, and crying out, often soundlessly.

The key part of the above passage is the narrator’s description of her “ill-happiness.” A state of “solitude” and “exhilaration.” But then: “I had the impression that this exhilaration was an initiation, that the sickness in the happiness was due to a magical novitiate, a rite. Then it went wrong.” This is the swerve, as Gordon Lish advocates might call it, but these two sentences are probably the reason why more people read than any other, since they talk to and about the reader. They say, Hey, I know you heard some things about life and have taken a few licks — I have, too. Here’s what I came away with, and, instantly, there is a metamorphic ESP/bonding — the narrator describes an aspect or a defamiliarized component of the reader’s life and now the reader and writer are looking at each other and locked — and when the narrator confides further “I didn’t feel anything particular any more” this is only more reassuring, signaling to a reader that: This person, this force, really cares about me because here they are confessing to me — a process making it much easier for a reader to project (in a good way) their confession onto the narrator, that timeless ghostly agent of the text. Wayne Booth’s literary term the “implied narrator” is the image of the writer that the reader composes as he or she reads the text — but it can complexify beyond Booth’s original concept, as one can also call it the author’s “second self” or something like Proust’s “innermost self.” These beings have more substance than any surface personae, but couldn’t it also be, beyond that, the reader’s innermost self? This is why the experience of entering Jaeggy’s world or Sleepless Nights, or W.G. Sebald (with Proust as the distant great Alp) carries the scent of acetylene as well as a rare embroidery — the result of finding oneself in fiction. The implied narrator morphs into the reader in a risky way since the reader can quickly reject such personal intrusion into their business, their soul of secrets. The decorum, distance, and constructed characters in Flaubert, James, Mann, Faulkner, Gaddis, Gass, and Pynchon, are nearly impossible to enter in the same way.

For the second last quarter of the book, I sat on a bench in Prospect Park, smelling the inevitably delayed autumn in the trees and the dirt while a variety of baby strollers pushed by nannies crossed my obstructed and unobstructed eye-line. Back in the book, my palms and underarms went sweaty with a corker Jaeggy offered: “Joy over pain is malicious, there’s poison in it. It’s a vendetta. It is not so angelic as pain” and, a few sentences on: “The wind wrinkled the dark lake and my thoughts as it swept on the clouds, chopped them up with its hatchet…” From this to goo-goo-ga-ga and back again. It was like being at a wedding or a funeral, filled with the old and the young, the long train of life — Tennessee Williams: “Art is short, but a man’s life is long” — but who was the old in my picture? Surely, the book — the wisdom, however tainted, reminded me of the recumbent gods etched onto the sepulchers in the great old European cemeteries, decaying 300- and 400-year-old houses of hardwood filled with 19th-century books, and the tireless rituals around gastronomy, even if there is a McDonald’s in a place that Mozart once lived. And then, the morning after, I finished the book with a shudder and put it down and thought how Hugh Kenner said that the most important part of a book is what happens in the five minutes after finishing it. But I was only raring up for the next book (probably a Jaeggy), because in that five minutes I had to attend to life, getting my daughter ready for school and taking her there. All that while I feared she would grow up to hate me as almost all the girl characters in the novel do their parents. So much for those five minutes — my implied narrator was haunting my daughter. And then I went further. I thought of her getting the Jaeggy/Parks words tattooed on her arm when of age: “Joy over pain is malicious, there’s poison in it. It’s a vendetta.” So much for the future. Literature: I live for this. 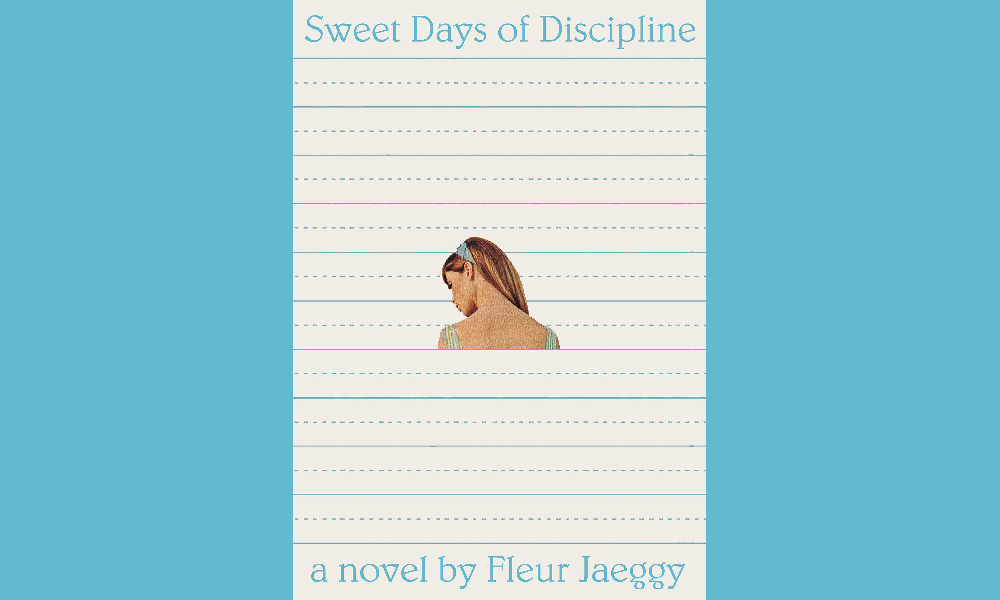