For a long time, the end of the world took place in Los Angeles and New York City. Sometimes Tokyo. The big shiny city burned and crumbled, and we got to watch. We liked it; we had fun. More recently, San Francisco has been the urban center taking the hit of massive destruction for us onlookers. Chicago has remained, as usual and fortunately for its fictional residents, overlooked. There are exceptions (Divergent, notably). But for the most part, the Second City has managed to avoid speculative futures and alien ire.

Enter Captive State, released March 15 to brutally lukewarm reviews. The film is set in a near-future Chicago, the capital of an earth occupied by bureaucratic, largely unseen aliens, and follows a group of rebels on their mission to provoke the extraterrestrial hegemon. A former attempt at uprising left Wicker Park destroyed (a welcome development for Chicago’s stale Williamsburg), with the movement’s stronghold now housed in Pilsen (a nod to a newer wave of gentrification). The movie splits time between the insurgents, with a focus on Gabriel Drummond (Moonlight’s Ashton Sanders), younger brother of a famed rebel and unappreciated laborer at a “data reclamation center,” and William Mulligan (John Goodman), a toiling cop who attempts to recruit Drummond to help him sabotage brewing unrest. The world portrayed is low-tech and dark: outlaws send messages by carrier pigeon; a prostitute drowns out a clandestine meeting with music from a record player. Captive State has all the trappings of a thrilling sci-fi nail-biter: tension builds, a twist is revealed at the last minute.

I left the film confused. I had felt, as some reviews accuse, as if I’d stumbled into the middle of the movie multiple times without ever leaving the theater. Who is this character again? What are they doing? I wondered, but had no one to lean over and ask. At the end, a large drunk group walked out behind me, and one of them started explaining the ending to the rest. I gathered around too. “I don’t know if I’d recommend it,” one said, even after the plot had been elucidated. Awkward shrugs moved through the group, and we disbanded.

Meanwhile, on the internet, a litany of complaints poured forth, mostly slamming the film as either inscrutable or insufficiently awesome. Where were the aliens? Where was the world-building? Where was the world, even? Amidst the dim lighting, it was hard to make out.

But it was also the poor lighting and modest budget (25 million, only small in the world of Hollywood genre fare where costs regularly stretch into the hundred millions), along with the moody, frustratingly slow atmosphere, that lent the movie its charm. Chicago’s low brick apartment buildings, underpasses, interchanges, and straight, long, flat streets make good hosts for a story of captivity, with the reprieve of the city’s downtown foreclosed by alien occupation. The only release comes at the lake, where shadowy machines stand like statues on piers and the alien mothership flies (with endearingly unsophisticated animation) across the horizon.

I went to college in Chicago; my four years in the city influenced my viewing experience in conflicting directions. Jump cuts that portrayed an old part of US Steel’s former South Works steel plant as next to Soldier Field, when the two sites are really miles apart, left me confused, thrilled, and dismayed in the way one is when granted privileged insight into error. Fortunately, the other, stronger consequence of my familiarity with the place worked more in the movie’s favor. The Chicago portrayed was the one I knew: bureaucratic, alienating, hard to get a handle on, disorienting, subdued, unglamorous, and struggling, but still somehow mesmerizing.

The film has been accused of being heavy-handed in the current political climate. But I really don’t think that’s fair. This isn’t BlacKkKlansman or Vice. There are no winks and nudges to the contemporary. There is no Trumpian figure; we never even see anyone in charge. This is a Cold War villain if anything, either that or something harder to name and navigate. Modernity? Capitalism? The end of history? This world isn’t necessarily burning or collapsing, but rather being held at an intolerably mundane stasis, with the end times not approaching, but already come and gone. The aliens say things are going well — that there’s full employment and incredibly effective natural resource extraction — and we have no evidence to disprove them. What more do we liberators want, really?

The aim, repeated again and again, is to “light a match, ignite a war,” a cryptic mantra circulated among the insurgents. In one scene, Gabriel finds his way into an abandoned Wicker Park. There, he encounters his older brother Rafe (Jonathan Majors), who had been presumed dead. Rafe conveys the incendiary message to his brother, and things accelerate from there with little more examination. This is an obdurate rebellion, unclear of its imagined future, but rebelling nonetheless. Ultimately, the mission is accomplished; John Goodman’s cop character (spoiler) becomes an accomplice, and a fire starts a war.

In one of the internet’s wonkish tirades against the film’s narrative, Cooper Hood of screenrant.com writes:

But, since Wyatt decided to go with a completely ambiguous approach, it leaves the film with a messy conclusion that may leave you questioning what the point of this was and if there was any positive impact on the actions taken.

Awkward phrasing aside, Hood is right. The ending may leave you wondering what the point, exactly, of the whole mission was. They wanted to start a war, and they did. But it’s unclear what the aim of overthrowing the status quo was, or what the consequences will be.

And as we question the aims of the rebels, we might also start to turn the investigation on ourselves. What have we lived our lives for, under strange, murky oppression, with an invisible, ever-present enemy? If we did something radical, would it matter? Or would it just make us feel good? Would it even make us feel good? What did we want in the first place, and what kind of connections could we forge to get there? Who might be on our side? 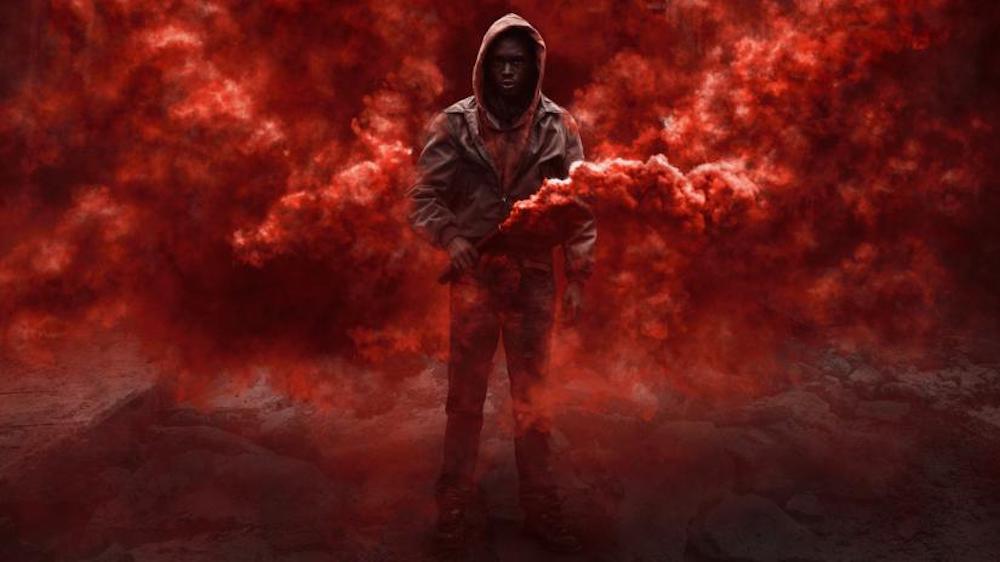