The title bids us Welcome to Saint Angel — a small, once-friendly Southern California desert community up around Palm Springs.

That’s about as far as the welcome goes in this new novel by William Luvaas, known to discriminating fans (myself included!) for his previous boisterously entertaining novels — the most recent is Beneath the Coyote Hills — and collections of stories. The trouble in this one starts with innocent-seeming lawns, which require generous applications of the natural resource that is of course most lacking in the desert: water. From there it degenerates into disputes over property rights, petty personal grudges, open hostilities, and finally outright warfare. All wounds are ripe for reopening in this sure-fire satire of contemporary America: social divisions and bitter personal animosities; wealth, possessions and power versus the assertion of individual rights; arrogant, rapacious humankind versus vulnerable nature; the corruption of politics and law enforcement, and so on.

Fortunately for the reader, this author’s passion — his anger, too — come wrapped in a healthy sense of the absurd. Dangerous plot lines veer off into farce. The people who drive them leap off into engaging parodies of themselves. And the reader is caught, along with Luvaas, in a parlous place somewhere between outrage and hilarity.

Dodging between two narrators, the author takes advantage of both a first person and an omniscient point of view. The former is the protagonist and reluctant leader of the residents’ rebellion, Albert Sharpe, “Al,” quixotic tinkerer, inventor, and single father of the rambunctious Finley. The other voice is that of the aggrieved Saint Angel itself, innocent target of the developer, Chester Noonan, and his ruthless, soon-to-be murderous conspiracy of surveyors, crooked functionaries, and contractors who plot together to exploit the community’s remoteness and tranquility in the name of Progress.

Luvaas, as his readers will know, has a soft spot for outcasts and misfits. His wicked-keen eye for the strange, often self-destructive perversity of human behavior lends a tragi-comic inevitability to his story, and to a cast of characters that includes: Sage Littlefeather, sage, warrior and medicine man of the Soboba Indian tribe; Sam Jensen, a cranky and aging desert rat and survivalist; Rob Thompson, a “carpenter and angry Jesus freak”; Little Lester, a Vietnam vet who makes his home in a local culvert; Tinkerspoon, computer hacker extraordinaire; M & M, a couple of slovenly and cheerfully obese squatters; along with a host of others, all brought to life with Luvaas’s pitch-perfect ear for idiom and speech patterns. (He usefully appends a dramatis personae at the end of the book; given his large and motley crew, I wish I had discovered it sooner.)

Nature, keenly observed and described throughout in rich and sharp-edged detail, is the primary victim in this tale. Her avatar is Tahquitz, a Soboba demon/god who inhabits a local mountain cave and dyspeptically observes the action down below. Her creatures are predators (coyotes, owls), and poisonous insects (scorpions, tarantulas), and her plant life sparse and prickly. Her primary weapon of self-defense is “the slough,” a quagmire back of Al’s property, which swallows everything — man, beast, or backhoe — that comes near, and a recurring metaphor for the power of nature to make casual mockery of all human endeavor, sucking every particle of life and matter down into its greedy, undiscriminating maw.

The slough, of course, will survive the escalating and increasingly farcical war between the valley’s developers and the victims of their greed. The only other survivor of widespread devastation is the tree in which Sharpe built long ago a magical treehouse for his daughter — a particularly affecting detail since the edgy love that Luvaas establishes between father and daughter is the sole manifestation of true tenderness in this otherwise affectionately bleak view of humankind. It is sorely tested, though, when Finley begins to question the story she has long been told about her mother’s death and disappears off on her own hazardous quest. The hair-raising climax of her nightmare coincides with a final, apocalyptic confrontation in which Luvaas treats us to the epic spectacle of those all-too familiar behemoths of construction equipment engaged in mortal conflict with the last-ditch defenders of what remains of private property.

Al, meanwhile, amidst the crescendoing chaos, is on the lam; pursued as a murder suspect (the slough did it!), he’s off hallucinating in the desert, lost in the ordeal of his own private, unsolicited hero’s journey. Now, can Luvaas contrive a “happy ending” out of this wonderfully noxious stew? Answer: Sorry, I’m not telling. Go read the book. 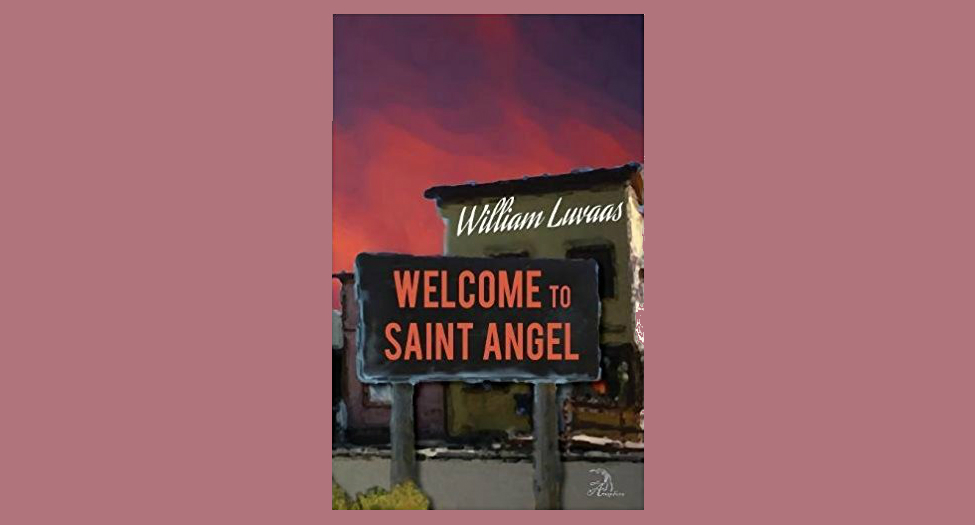