Mormonism, like any self-perpetuating discourse, has its generic and stylistic conventions. Mormons and ex-Mormons recognize themselves in this conventional language, like the introduction to a sacrament talk (“Brothers and Sisters, Webster’s dictionary defines ‘belief’ as…”), or in the garbled grammar of a General Conference talk (“Indeed, lest even this…”), or in the incantation of a baptismal prayer (“I baptize you in the name of the Father, and of the Son, and of the Holy Ghost. Amen.”). This language either resonates with us or, oscillating just out of phase, reduces us to silence.

Recognizing ourselves in someone else’s memoir can have similar effects. That’s one reason why so many Mormons and ex-Mormons are reading Educated, in which Tara Westover details her childhood and young adulthood in a family that lived under the spell of a conspiracy-minded patriarch, followed by her vault out of poverty into Brigham Young University, Cambridge, and Harvard. It is an account of life in the thrall of a father who, by force of personality and working within the patriarchal structure of the Mormon religion, convinced his wife and children to support his paranoid version of the world. The memoir offers insight into fundamentalist belief, especially in its opposition to formal education. That said, the rigorous education that Westover herself has earned makes her Author’s Note regarding Mormonism rather curious:

This story is not about Mormonism. Neither is it about any other form of religious belief. In it there are many types of people, some believers, some not; some kind, some not. The author disputes any correlation, positive or negative, between the two.

Westover’s writing brushes over you in warm waves, then rushes down your open mouth and burns you from the inside, almost without your noticing. The idea of deep-seated, invisible wounds runs throughout the memoir, and the author’s hopeful conclusion is that education can heal, or reconcile, internal and external pain, allowing us to face the whole truth of our experience. And in that light, her abnegation of Mormonism — which was clearly responsible for some of her deepest wounds — rings false.

It’s true, Educated is not about Mormonism, but Mormonism breathes through the text. The book is written in the language of Mormonism and structured by the tenets and practice of Mormonism. The author’s denial of Mormonism, placed after the dedication and the epigraphs from Virginia Woolf and John Dewey, undermines a critical reading of the memoir.

There are so many clearheaded descriptions of intimate violence in this memoir, perpetrated by Westover’s older brother, Shawn, and by the family patriarch, whose disdain for for safety left so many people injured that his wife became an accomplished naturopathic healer. It’s illuminating to explore the ways in which families, like organisms, adapt to threats and injury, how they reform themselves around an injury and become both stronger and more brittle as a result. And those qualities, of course — the strength and the brittleness — are reflected in the individuals shaped by the organism.

The emphasis in the memoir is on the power of education to help us recognize our wounds and reorganize our lives. How do we convince ourselves that education is meaningful, that it offers new possibilities? We have to trust an unknown system and throw ourselves into a transformative process. And we can’t know what we’ll be on the other side. But is Tara truly changed by education? Are any of us? And can education turn against us?

I think of the academic mentorship I myself was offered by supportive professors at BYU, which I could only accept at arm’s length, because I knew that as soon as I had my degree in hand, I was going to bolt from Mormonism. Accepting their mentorship meant accepting the system. I couldn’t bear the possibility, so I sacrificed a degree of academic success. Tara made another choice.

I like this book. It is well written and effectively structured. I want lots of people to read it. But I fear that its focus on one type of liberation, without addressing the limitations of Mormonism itself, amounts to the vindication of “mainstream” Mormonism as the means of connecting the author to her remaining family. I think that the gentleness and kindness of the text will lead readers to the conclusion that her father’s paranoia was somehow in opposition to the tenets and practice of mainstream contemporary Mormonism. It is not. Her father’s overfulfillment of Mormonism is a natural extension of its doctrine, and his fundamentalism is linked to the church’s increasingly exclusionary and fundamentalist policies.

The most stinging example is Westover’s parents’ responses to her brother’s abuse, which mirrors exactly the Mormon church’s response to documented abuse by its leadership against its members. Like the Westover family, the LDS church closes ranks and protects its own. There is something of this closing of ranks in the memoir itself. Westover is empathetic to her younger self, and portrays her gradually opening mind very effectively, especially in the third section of the book, when she begins to synthesize her formal education and her life experiences during a trip to Rome. At this point in the memoir, Westover is physically and emotionally removed from her family, and readers witness how this separation allows her to open up to the world. But then, in the end, after being cut off from her parents and cutting them off in turn, she returns to visit  the mountain where she grew up. We are all, everyone who left, trapped in this cycle. 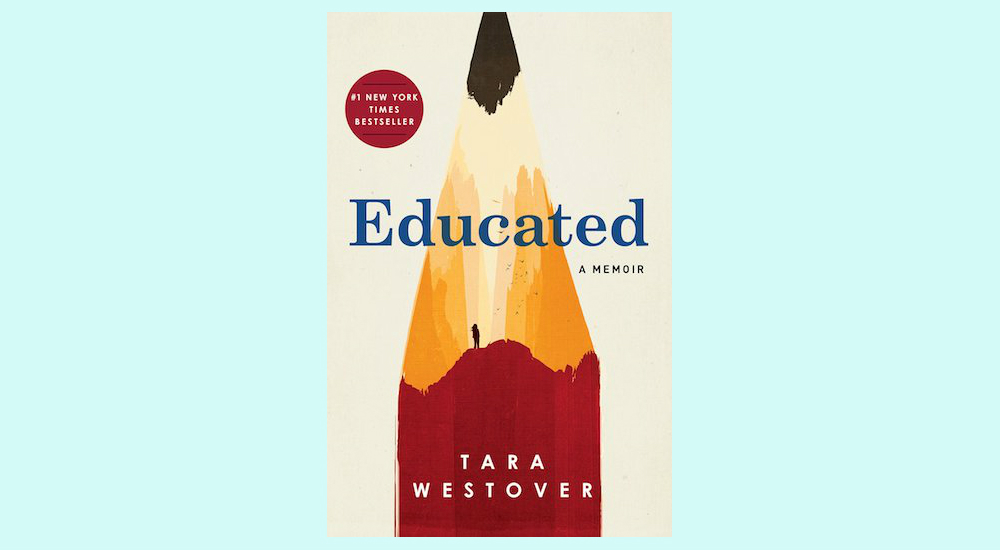