Trigger Warning: The subject matter of both this book and this review contain discussion of terrible, unnerving crimes committed by an unknown man. Description of the details of the crimes are kept to a minimum here, but be forewarned that, even edited down, they are still highly unsettling.

Once known as The Original Night Stalker, based on an offhand quote made by an investigator during the time of his crime spree, the focus of Michelle McNamara’s final book I’ll Be Gone in the Dark was also known as The East Area Rapist before ultimately being dubbed by McNamara “the Golden State Killer.” This final moniker came to be after DNA evidence linked a series of crimes in the Bay Area to ones in Southern California, proving that they were in fact committed the same person. After all, they shared a similar M.O — sneaking through the night, entering houses, terrorizing couples. His crimes escalated over the years, and then suddenly stopped. The title of McNamara’s book quotes one of the killer’s most chilling lines, recounted by a woman after being attacked by the killer: “You’ll be silent forever, and I’ll be gone in the dark.”

McNamara only wrote about half of her book before shockingly passing away in her sleep at the age of 46. What remained was a literary patchwork quilt, stitched together from notes, transcriptions, and articles in hopes of making a whole. The late McNamara’s widower, the comedian Patton Oswalt, along with a few others, further stitched together her tireless research and clues, and finished the book after her death. The fragmented nature of this book is particularly meaningful for this specific case, as a veritable quilt comprised of unsettling details provided by all kinds of strangers across the country coming together a to offer new evidence, new leads, and new theories in hopes of solving the case of the Golden State Killer. This is no desensitized retelling of the gruesome facts of the case by a writer unwilling to engage emotionally lest they themselves be swept up in the darkness. To the contrary, I’ll Be Gone in the Dark is characterized by its deep focus on strange personal details that would often be dismissed as inconsequential. We don’t just learn of McNamara’s work on this case, but also what compels her interest in solving it. There is no detachment from the ongoing investigation in her own life reflected in these pages. She discusses how the case affects her marriage and her life, the other detectives and forensic scientists that dove deep into the cases, the shattered lives of those that survived the attacks, and her attempts to understand the psychology behind the Golden State Killer’s horrific crimes. In short, this is a new kind of true crime book, dripping with a deep empathy and an emotional honesty that is rare in any genre.

The book takes readers back to McNamara’s childhood, when a girl — only slightly older than McNamara at the time — was murdered down the street from her house. The crime was never solved. Years later, McNamara freely admits the life-changing impact this tragedy had on her, an inoperable fear that ultimately transformed into an obsessive desire to solve cold cases. She began her own website, True Crime Diary, in an effort to collect the forgotten or undiscovered details of such cases in hopes of solving them. McNamara herself acknowledges the incredible toll the case took on her, writing at one point that “there’s a scream permanently lodged in my throat.” She is not alone in her devastation. Countless lives were shaken, damaged, and sometimes destroyed by this lone attacker. In I’ll Be Gone in the Dark, we are given a hazy window through which to observe these tragedies, which captivated me as I read them as surely as they must have consumed McNamara when she wrote of them.

The book jumps between the present day, the recent past, and the late 1970s and early 1980s, and the way these scraps and fragments are edited together is nothing short of brilliant. McNamara initiates a series of conversations with various sources across the state of California and beyond, each time unpeeling a deeper mystery. Her exhaustive gaze upon the zigzag movements of the killer is occasionally dizzying. We begin to understand Michelle’s obsession, and her self-analysis that, as the killer gazes unto his victims, so does she gaze unto the killer and his crimes. McNamara closes each chapter with a question mark. Who is this man that hurt so many people? How has he remained ever-so-slightly beyond the reach of justice for so long? Will he ever be caught?

Part of what is both the most interesting and the most frustrating things about the book, as I’m sure Michelle herself was acutely aware, is the fact that the mystery has remained unsolved for decades, even as there are an abundance of eye witness accounts, a great deal of evidence, the actual DNA of the killer, and dozens if not hundreds of people working on the case over years. The dead ends, terrifying details, and unanswered questions the case presents would drive nearly anyone to despair. In light of that, the monumental effort and emotional energy that McNamara and countless others have put into finding the killer is nothing short of awe-inspiring. As McNamara herself states at one point in an e-mail to her editor, “Inside everyone lurks a Sherlock Holmes.” Appearing here as an unsolved puzzle, the tale of the Golden State Killer does indeed appeal to the detective in us all. Correctly, McNamara predicted that the unsolved nature of the case was one of the most absorbing things about it.

One skill of McNamara’s as a writer was to break down traumatic details while interspersing them with heartbreaking stories of the real human tragedy behind these crimes. One story in specific has stayed with me: a woman who survived a brutal murder of her mother and mother’s boyfriend, simply because she had left the house after a fight with her mother. The pain of this experience, caused by one man’s actions, echo throughout her life. Michelle interviewed her years later, and she was still experiencing the overwhelming guilt of knowing that, if she’d been home, perhaps she could have saved her mother’s life.

There’s a lot of tragedy in the pages of the book, but also in McNamara’s life, tragically cut short. Michelle guides us through the ups and downs of the investigation, inviting us along on a drive with an investigator named Paul Holes, looking at crime scenes of decades past in their hopes to find clues about the elusive criminal’s (at first) seemingly erratic movements. Holes quite heartwarmingly referred to Michelle as his partner on the case, and, late in the book, he expresses his sadness to have lost Michelle, a person that he considered a valuable friend and ally in his hunt for the Golden State Killer. Their friendship and admiration for each other is evident in the anecdotes told by McNamara, and their interactions are one of the highlights of the book. There are also flashes of excitement when you think they’ve finally identified the killer. One such moment comes when DNA evidence links the East Area Rapist with murders by the Original Night Stalker, proving them to be the same person. Though the book displays the devastation that must be confronted when dealing with the true depths of mankind’s cruelty, it also includes brief moments of illumination and possibility when it begins to feel like McNamara is at long last closing in on the killer.

Ultimately, the sense of loss expressed in these pages exists alongside the inspiring drive displayed by McNamara and the many others who worked on the case. As her final work, it’s a complex and heart wrenching note to leave off on, but one I hope she’d be proud of. My regret that her family lost their loved one and the world lost an incredibly gifted writer and a bona fide crime-fighter is coupled with my genuinely comforting memories of reading McNamara’s unwavering assurances that the killer will someday be brought to justice. 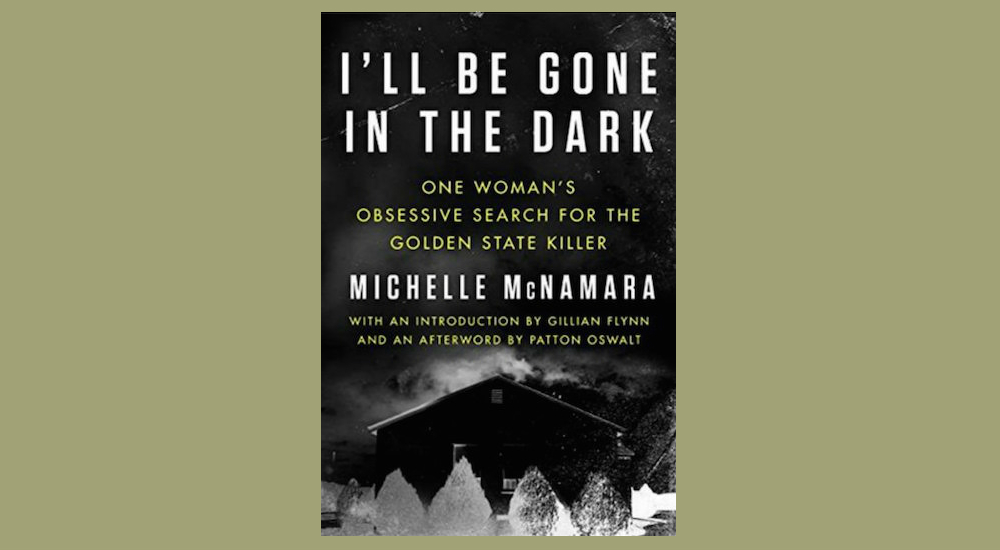