Brazilian writer Paulo Coelho is one of the most popular writers in the world. His
best known novel is The Alchemist published in 1988. Since then, Coelho seems to
have churned out a book every year or so. His books have been translated into 80
languages and have sold more than 165 million copies in more than 170 countries,
according to his publisher. He’s venerated by his fans and reviled by his critics, one of whom called Coelho’s previous novel Manuscript Found in Accra a “volume of ponderous clichés.”

Coelho’s latest novel, Adultery, the act itself the subject of countless stories of
varying value, perpetuates quite a few more such clichés. But unlike Manuscript Found in Accra, this volume has a storyline. This time we’re in Geneva, Switzerland. Linda, who claims she’s
“a highly regarded journalist,” narrates the story of a happy but boring marriage. Linda commits adultery, despite, by her own admission, being married to a loving and unbelievably understanding but unnamed husband. She begins:

“Ah, but I haven’t introduced myself. Pleased to meet you. My name’s Linda,”
she says in a manner that sounds gracious, even charming, then continues, “I’m in my
thirties, five-foot-eight, 150 pounds, and I wear the best clothes that money can buy
(thanks to my husband’s limitless generosity). I arouse desire in men and envy in other
women.”

So much for grace and charm. Who in fiction or in life introduces themselves like this? A “highly regarded journalist”? Throughout the book, Linda’s character and her journalism get no better. She comes off like a minor character in a comedy of manners, but she’s serious. She might have the heft to fill the shoes of a central character in a short story, which this novel resembles, but not because it’s short and powerful. It’s not. The material, the slight plot, and what little meaning there is could have been easily condensed into a longish short story.

Linda is married to a very rich man about her age who loves her and provides everything she could ask for. But Linda, of course, feels that something is missing – though hardly for any original reasons. She’s a stereotype, bored with married life and lacking motivation.

Linda’s affair begins when she goes to interview a powerful politician, Jacob
König, in his office. He’s an old boyfriend from high school whom she’d once kissed,
no more than that. Shortly after the interview, Linda turns down his advances: She hopes he sees her large gold wedding ring, explains she has to pick up her kids from school, and declares, “Look, the past is the past.” He says they should have lunch sometime. But within a few paragraphs, she kneels down and unzips his fly. So, their “affair” begins, but it comes across as simply animal-like rather than robustly lustful and human.

In one of the more explicit scenes, Linda describes their copulating: “He grabs me by the hair like an animal, a mare, and his pace grows faster. He withdraws in a single motion, rips off the condom, turns me over, and comes on my face.” Later, Linda laments that she must pretend she’s a “devoted wife instead of a wounded animal.”

Jacob gives her helpful advice on how to deceive her husband: he tells her to take a shower before hugging him and to throw away her panties “because the Vaseline will leave a mark.” Linda claims to be addicted to Jacob. During the affair’s course, she plots to kill Jacob’s wife but doesn’t follow through. About as deep as Linda gets is comparing herself to Frankenstein’s monster, “A Modern Prometheus,” the subtitle of Mary Shelley’s book. And sometimes she compares herself to the Jekyll-Hyde character. She does ask herself, just once, “Where are my morals?” But that’s the scope of her soul-searching.

Her epiphany, if you can call it one, reached at the end of the story after
paragliding with her husband — who still doesn’t have a name — is little more than a set of hackneyed aphorisms about the nature of love. She realizes that “To love abundantly is to live abundantly,” and later that “All you can do is look at Love, fall in love with Love, and imitate it.”

Didn’t John Lennon already tell us, “All you need is love” some time ago, and, in
less than four minutes?

Joseph Peschel, a freelance writer and critic in South Dakota, can be reached at [email protected] or through his blog at http://josephpeschel.com/HaveWords/ 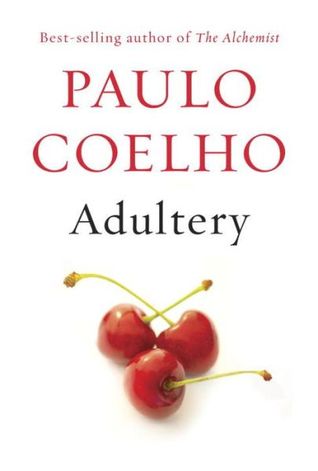