“Los Angeles, in my humble opinion, is moving more towards community,” said writer and filmmaker Cameron Crowe, who wrote the introduction to photographer Pamela Littky’s new book, The Villa Bonita, out from Kehrer Verlag this past September. Littky, who is known best for her celebrity portraits, is “capturing a new spirit of togetherness,” Crowe expounded. “People do, you know, need the smell of another person’s skin and a feeling that there is somebody on the other side of the wall.” The Villa Bonita depicts the current residents of each apartment in the eponymous building, which was first commissioned in the 1920s to house Cecil B. deMille’s film crews. The seven-story monument near the heart of Hollywood has housed the likes of Francis Ford Coppola and Errol Flynn, but these days it is simply an apartment building for some of Hollywood’s hopefuls.

Alongside photographs of the inhabitants and their spaces, Littky includes the subjects’ names, occupations, time lived at the Villa Bonita, and brief narratives. Elizabeth, a pilot living in Apartment in 4B, has been in the building since 1989, jetting back and forth between Los Angeles and Rio de Janeiro. “She remembers when director Francis Ford Coppola lived on the Villa Bonita’s second floor while filming Dracula,” Littky writes. “‘He drove a Ford Pinto.’” She snaps Elizabeth’s ashtray, which contains a single Marlboro cigarette, an orange lighter, and three matchbooks of yellow, orange, and off-white hues. Jessica, the life coach in 4A, has lived in the building exactly one day. She sits among her storage totes. In 5B, Kate, a model, and Chase, an entrepreneur and actor, cozy up on a sofa. In 2A, bartender and photographer Josh sits on a worn red chair, staring past his bed. His headboard has, written across it in white graffiti-esque scrawl: Not Alone. A large white cat sits in front of the white comforter. Diverse experiences, relationships, and entire lives emerge from the pages. The result is a captivating and unique portrait of the transient, slightly desperate essence of Los Angeles. Littky’s story of how the project came together certainly reinforces an idea of a camaraderie not typically associated with the city. “Once I found the building — and I did have my heart set on this one building — I had to gain access…I got a list of the names of the people that live there,” she said. The list included residents’ ages, and Littky added the younger ones on Facebook. One of them, the aspiring photographer named Josh, was particularly interested in the project and well-liked among the tenants. “I kind of thought, if I could just start with one person, it would lead to, you know, who else do you know in the building?” That’s how it worked out — Josh knew many of his neighbors, and helped get some of more skeptical elderly tenants on board.

“LA can be a very tough city,” noted Littky, “The building represents that culture… People are always going to be constantly coming and going…I think it’s the Hollywood culture.” Her book, however, freezes a community in time; Billy and Sarah will always live in the penthouse, landscape designer Paul in 5A. An American flag will always hang over Grant and Brittany’s bed. Dirty glasses will fill Josh’s sink. But “people are such dreamers, and so passionate about things that are very hard to achieve,” Littky said; they might easily leave their historic apartment complex to return to their families elsewhere. Littky’s next project takes her beyond Los Angeles, into the heartland, photographing state and county fairs. Though she’s made a career out of photographing celebrities, she says, “I love the unglamorous side of America, and I love real people.” Crowe, however, has another idea for her. He mentioned another Los Angeles building called the Ravenswood, in our conversation: “That would be another Pamela-esque exploration. I’d love to know who lives in the Ravenswood. That’s another building I’ve always kind of taken for granted and heard, like, ‘Oh yeah, Mae West lived there. Her number was in the phone book and you could call her up.’” 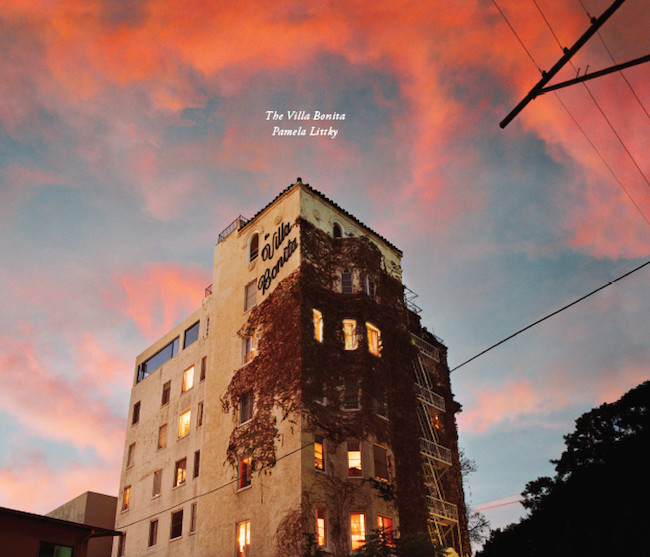