It’s easy, and usually wrong, to complain that movie critics are snobs or killjoys. If critics simply echoed the opinions of the public, didn’t provide an eye and an expertise most people don’t have, there’d be no reason for them. But sometimes the discrepancy does not always redound to the credit of critics.

Bohemian Rhapsody, the new biopic about Queen’s defiantly cheeky front man, Freddie Mercury, has clear flaws. The script announces conflicts and themes in topic sentences. The chronology is rushed, and sometimes inaccurate. But I think you would have to be dead not to respond to the movie’s energy, the way it revels in the joy of performance, and Rami Malek’s stunning job as Freddie. In one scene, Freddie, clothed in a flowing silk robe and wandering alone through his mansion on a moonlit London night, calls Mary (Lucy Boynton), the woman he loves but, because he’s gay, he cannot be with. He has ensconced her in a house next door to him, and asks her to flick her light on and off so he knows she’s there. It’s a grace note of romantic longing right out of a ’30s movie that emotionally surpasses the movie’s clunky exposition. Moreover, the finale, a rousing recreation of Queen’s Live Aid performance, left me exhilarated and bereft. I’ve seen better movies this year than Bohemian Rhapsody, but not many I’ve enjoyed so much, and not one as emotionally satisfying on such a grand scale.

Today, people are stupid about biopics now in the way they used to be stupid about musicals. When you hear people say, about musicals, “It’s not realistic that people just burst into song,” they’re inadvertently announcing that they think a genre’s conventions aren’t something that can be done well or done poorly, executed with verve and wit or listlessly tossed off, but something inherently and irredeemably bad.

The conventions of the showbiz biopic are: a talented protagonist rises from obscurity through a combination of luck and talent, discovers success doesn’t equal happiness, and falls into personal heartbreak or self-destruction before ultimately overcoming — or succumbing to — his demons. Why this particular set of conventions is treated more derisively than the similarly established conventions of, say, romantic comedy or film noir, isn’t clear. Perhaps some critics believe that rejecting a showbiz story — unless it’s a built-in downer, like every iteration of A Star Is Born — is the same as resisting a culture of gossip and celebrity. I recently heard one young film aficionado chide that biopics are all “Hollywoodized.” It implies there’s something inherently inferior to the glamour and star charisma that draws us to movies in the first place. Every good, or at least lively and engaging mainstream biopic I can think of — from Yankee Doodle Dandy to Straight Outta Compton — has Hollywood in its blood, and that’s part of what’s good about them. You’d have to be a naïf to expect that showbiz biopics tell us the whole truth. But beyond satisfying the natural human impulse to see lives and events dramatized, a good biopic can crystallize what draws us to its subject, can make that subject’s work seem as coherent as their life.

Bohemian Rhapsody tells the story of Farrokh Bulsara, who emigrated with his family from Zanzibar to London as a teenager and eventually made himself over as Freddie Mercury. There is a 1969 rehearsal tape of Elvis, the only audible expression of the resentment he must have felt but never showed publicly. In it he sings, “I’m going back down to Memphis/I’m gonna start driving that motherfucking truck again.” You can feel that resentment in Farrokh, the certainty that he was made for better than his job as a baggage handler at Heathrow where he’s called a Paki by one of his co-workers.

At home Farrokh’s very traditional father disapproves of his going out every night, his insistence on being called Freddie, his long hair, his flashy clothes. As Freddie leans against the bar nursing a pint, he turns a coolly appraising stare towards the room, nodding to people who acknowledge him or curiously wonder who he is. He is biding his time before he rises above all this. Soon, he’s attached himself — and the songs he’s been writing — to a struggling band called Smile who find themselves in need of a new lead singer.

You know where it goes from there: the flamboyant new front man gains the band attention from audiences and record company executives as he asserts more and more control. Success ensues and gives Freddie the recognition he always crave. The excesses of success tempt him towards isolation and self-destruction. Queen’s future is imperiled until Freddie shakes off the drugs and the hangers-on and remerges, triumphant, with his band. Just as in a romantic comedy, where the lovers will continue to pass the tests fate has put in their way, or, in a film noir, where the detective will be led down darker and darker streets and maybe down into the darkness that lurks inside of him. And you enjoy those movies no less because you know what’s coming.

It’s not conventions that make movies bad — it’s bad execution. Critics are using Bohemian Rhapsody’s long history of production problems — versions attempted and abandoned; disputes between director Brian Singer and Rami Malek; Singer’s firing a few weeks before the end of the production and his replacement by Dexter Fletcher (per DGA rules, Singer gets directing credit) — as justification for attacking it. As if a movie with all those problems had to turn out bad. (It’s also likely that the bad reviews have something to with the allegations of sexual misconduct against Singer that have since arisen and the current Stalinist insistence that aesthetic judgments must bow down to moral condemnation.)

Bohemian Rhapsody is no more of a mess than Bradley Cooper’s much-praised remake of A Star Is Born. In fact, as a piece of storytelling and as a vision of music, it’s much more coherent. Malek holds the movie together through its shaky passages. He displays a physical sinuousness that he modulates to suit the situation, whether it’s entering a room or strutting across the stage at Wembley. Malek’s Freddie is completely at home in his flamboyance. The “darlings” and “dears” with which he addresses the boys in the band, to say nothing of the way he addresses Mary as “my love,” are no more a put-on from him than they would be from Noël Coward. When he provides a separate room for each of his cats in his new London mansion, he’s like a saner, happier, more down-to-earth mad King Ludwig. There’s enormous wit in his performance. Malek speaks in a low, rich drawl. At times it’s as if Tallulah Bankhead’s voice were coming out of what Quentin Crisp once called “one of Britain’s stately old homos.” When dealing with a recalcitrant EMI exec (Mike Myers) who’s sure the song “Bohemian Rhapsody” will crash and burn as a single, Freddie is coolly confident to the point of arrogance. And yet Malek’s big liquid eyes convey the most delicate shadings of ambition, longing, and regret. The real Freddie Mercury didn’t show any of that vulnerability on stage and in the performance scenes, Malek is a lion, head up, chest out, taking the crowd’s adulation as if it were his natural right.

I didn’t go into the movie as a Queen fan or a Queen hater. As someone who grew up in the ’70s and was greatly affected by punk, I regarded Queen as something that just didn’t speak to me: it was overblown music by rich rock stars. I still hear most music with that punk sensibility. But even back then, I was happy to hear “Killer Queen” and “Bohemian Rhapsody” come on the radio. But the movie helped me hear the self-parodic, melodramatics in Mercury’s persona. The breathless confession “Mama, just killed a man,” that opens “Bohemian Rhapsody,” make it the drag-bar version of “Folsom Prison Blues.” Throughout the film, the band’s ambitions feel engagingly silly rather than pompous.

Bohemian Rhapsody climaxes with a recreation of the band’s jaw-dropping 1985 Live Aid performance and uses it as a summation of all the movie’s threads: it’s the band’s reunion after divisions have driven them apart; it’s Freddie’s first public performance after he learns he has AIDS (he died of AIDS-related pneumonia in 1991); it’s the band serving notice that nothing can fell them; it’s Freddie’s heartfelt thank you to the fans for his success; and it’s Freddie’s reconciliation with his father after having found the partner (Aaron McCusker) he will spend the rest of his days with.

Most critics rejected the film as a melodramatic heap, but it should be understood that melodrama, acknowledged as such and done unabashedly, can overwhelm us in ways more subdued and nuanced ways than serious drama. No one watches Queen for the erasure of what separates performer from audience. No one watches Queen to see performers make a one-on-one connection with every person in the crowd.

We watch Queen, and especially Freddie Mercury, to be overwhelmed, to be bowled over by star power and showmanship. When Queen plays “We Are the Champions,” the audience is caught up in a shared pleasure that culminates in a moment of transference: the crowd is singing to the band as much as the band is singing to them.

Freddie Mercury reportedly didn’t want to become a symbol of someone bravely fighting AIDS, though, given how taboo it still was then for public figures to come out, you couldn’t blame him for being unsure of how the news would be greeted. Art is never good when it sets itself up as an instrument of public welfare. But you can’t help but take some pride, 30 years later, in being able to have one of the emotional climaxes of a mainstream movie the moment when the gay hero brings home his lover to meet his parents, takes his hand in front of them and announces, “this is my friend.” And there’s something else.

As articulated and presented now, gender politics seem somber, joyless, utterly bereft of style. Sure there are still the yearly pride parades, and there’s usually a good Mike Pence joke every couple of months. But gender fluidity seems to have resulted in an across-the-board drabness. You look at young activists earnestly expending their energy arguing over the use of pronouns and you begin wondering if their dream night out would be less the gay clubs that delight Freddie Mercury than a Unitarian tea social. Bohemian Rhapsody brings back the effrontery, in a closeted age, of a flamboyant performer naming his band Queen, preening and strutting on the stage, the truth there for anybody with eyes enough to see what was in front of them. To say nothing, against the holiness of Live Aid, of having the chutzpah to take the stage as the sleekest leather-bar fantasy. Bohemian Rhapsody may a sign that in today’s world the how the homophobes are losing. But there’s a lesson here for the activists too: you gain nothing by making the world duller. 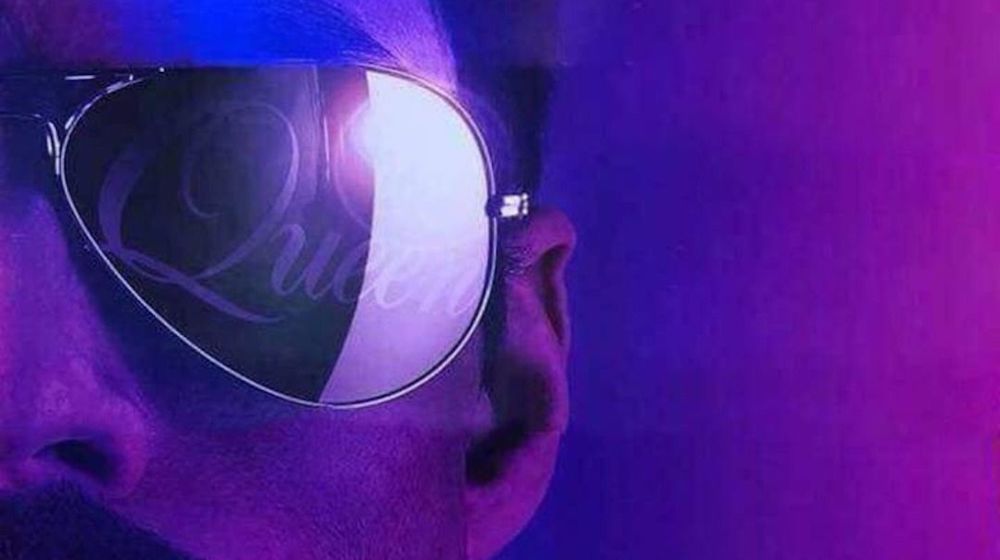