There’s a scene in the finale of True Detective’s third season that displays its protagonist Wayne Hayes (Mahershala Ali) rocking gently on his porch, surrounded by his son, daughter and grandchildren. His partner, detective Roland West (Stephen Dorff) gently places his hand on Hayes’s shoulder. Each person stares out into the middle distance, their eyes meant to convey closure, contemplation, and contentment.

The case the two detectives have been working since 1980 has finally been cracked. Thirty-five years earlier, little Julie Purcell and her brother, Will went missing. Will’s body was soon discovered, but Julie vanished without a trace. As we find out, she was abducted by a wealthy woman mourning the death of her own child. Several years later, Julie manages to escape her kidnapper and eventually grows up to live in pleasant obscurity with a husband and child.

This is a happy ending of sorts, and perhaps as a first for True Detective, it’s also an ending that provides its female victim with agency. The show gives Julie Purcell a life outside her tragedy, a life upon which Hayes doesn’t wish to intrude. When the detective goes to visit the adult Julie, his dementia sets in and he forgets why he’s shown up on this placidly beautiful woman’s doorstep. Or does he forget? Hayes’s memory issues are employed throughout the season as a strategy to keep the audience guessing as to what’s reliable information. With that in mind, Hayes could have easily seen the dignity in Julie’s anonymity and decided to keep it that way.

Dignity is a key word here: this ending restores the integrity that most crime shows corrode from the dead woman at the center of the story. The problem, however, is that by showing this “dignity” only in the finale, it’s of respect that comes at a price. The seven previous episodes dangle the most gruesome theories as possibilities for the show’s end, including: a large-scale government coverup, satanic panic, child-sex trafficking, and not least of all that the whole season could have been a PTSD hallucination.

But none of these conclusions proved accurate, and as a result, Julie Purcell’s abduction and escape felt anticlimactic and underwhelming. In turn, the demystification of the case seemed to implicate its audience members, especially those hungry for a sordid and violent crime. It was as if creator Nic Pizzolatto tackled the show’s inherent misogyny by putting the ownership on the viewers. With the lackluster ending he might as well have said: You wanted the violence, but I knew better than to give it to you. The show’s trajectory of false suspense not only weakens the loftier ideas about dignity; it puts in its place an ending that thumbs its nose at the very audience committed to the True Detective enterprise at all costs. The way season three first deceives its audience, and then holds them responsible for its fabricated promise of gore, makes the series even more cringeworthy. In the end, True Detective was never going to handle the double-edged sword of the noir genre — that violence begets interest. Instead, it was going to make you believe that it had, revealing just how opportunistic a TV series it really is.

Holding the show’s conspiracies together is the character Eliza Montgomery (Sara Gordon) a documentary filmmaker reporting for a series called, of all things, True Criminal. She believes that Julie Purcell’s abduction is linked to a larger network of pedophiles connected to season one’s Yellow King case. Kenny Herzog of Vulture writes: “Eliza Montgomery’s findings about occult dolls, spiral signatures, and prosecutorial misconduct weren’t so much red herrings […] as catnip meant to seduce us down the perfunctory rabbit hole of Reddit threads and quasi-scientific analysis.” Herzog also puts the onus on the fans, believing that the entire season was a case against the nature of true crime. In a way Herzog’s right, but these implications are unjust — after all, we were led to these conclusions not only by Eliza Montgomery, but by the entire history of True Detective. Season one created a pedophile fantasia so complete it had a pagan religion where sexual violence against children and women earned celestial favors. Season two had a demonic orgy where women were drugged, raped, and discarded. Don’t get me wrong, I’d love to see a season of True Detective that faced its exploitation head on — but this current season has more in common with its two predecessors than it wants to admit.

Amelia Hayes, played with enigmatic charisma by Carmen Ejogo, is a character that almost gave True Detective’s female problem hope. Until the end, internet theorists believed that Amelia had the potential to be involved with the Purcell case, and was perhaps even the perpetrator herself. Amelia first meets Hayes, who later becomes her husband, while she’s teaching at the local elementary school. In the likeness of In Cold Blood, Amelia later goes on to write a true crime book titled, Life and Death and the Harvest Moon: Murder, a Child Abduction, and the Community It Destroyed. However, the show never seems to look to the book for anything other than the mystery — in spite of the constant references to how Life and Death and The Harvest Moon is as much about Hayes and Amelia’s relationship as anything else. But Hayes only reads his wife’s opus after she’s dead, and he’s gone back to working the case.

This is a crucial misstep for the show — within the book lies an opportunity to understand how far this crime has rippled through an entire town, touching everyone no matter how peripherally involved. Instead it’s only mined for the whereabouts of Julie Purcell. Though Life and Death and The Harvest Moon could have been as profound as Maggie Nelson’s The Red Parts — and thus so could have True Detective — we’re only given access to the most shlocky paragraphs. The parts of the book that lead Hayes closer to Purcell are also the ones that take him farther from the show’s most interesting motifs: the nature of memory, family, and the long-lasting consequences of trauma. The show’s lack of analysis of Amelia’s book weakens its premise that this is a series dedicated to examining the long term effects of violence.

Like her book, Amelia also gets dismissed as a character — we understand from the very beginning that she’s dead by the time Hayes goes back to investigating the crime in 2015. But we don’t know how she died, or really anything about her that doesn’t pertain to Hayes or the case. We’re told she wrote five other books, but we have no idea what they are, not even if they’re also in the true crime genre. Hayes and Amelia have a daughter, Rebecca, who we only know through her absence, one that is loaded with deathly undertones. When she finally shows up, she’s not so much a character as a decoy — one the show can hang its uncertainties on. Rebecca, like Amelia, is a woman meant to help move the mystery along, but they aren’t characters meant to stand on their own the way Hayes and West are. After all, this isn’t a show about women, it’s a show about male anxieties and mistrust of women.

The most severe way True Detective undermines its own agenda is in the casting of actor Scott Shepherd as the character Harris James. In 2015, The New York Times reported that three years prior Shepherd had slapped his then-girlfriend Marin Ireland to the floor while they were rehearsing with their theatre company, The Wooster Group. The next day, Ireland had a black eye. She explained to The Times that the theatre company had no protocol for dealing with the abuse, and that they put the responsibility of the play’s fate in her hands. Of course, True Detective has every right to cast who it wants in the show, and perhaps Shepherd is a different man today, one who is remorseful for his actions. Nonetheless there is a sick irony in Pizzolatto accounting for the show’s endemic brutality against women by casting a man well-known in the performing arts community for domestic abuse.

The penultimate episode of True Detective (as of yet it’s been marketed solely as a trilogy) is titled, “Now Am Found.” But it would be remiss not to remark on the many things the series loses along the way, not only the dignity it promised its female characters, but also the potential to be anything other than a vehicle dedicated to fetishizing dead women. The deeper story of how trauma destroys community seemed to die early on in the series, not unlike the death of forgotten Will Purcell, whose body is placed in a cave with his hands clasped in prayer. After his passing, he loses the interest of our two detective heroes, proving that in the world of True Detective you are either predator or prey — anything else and you simply don’t matter. 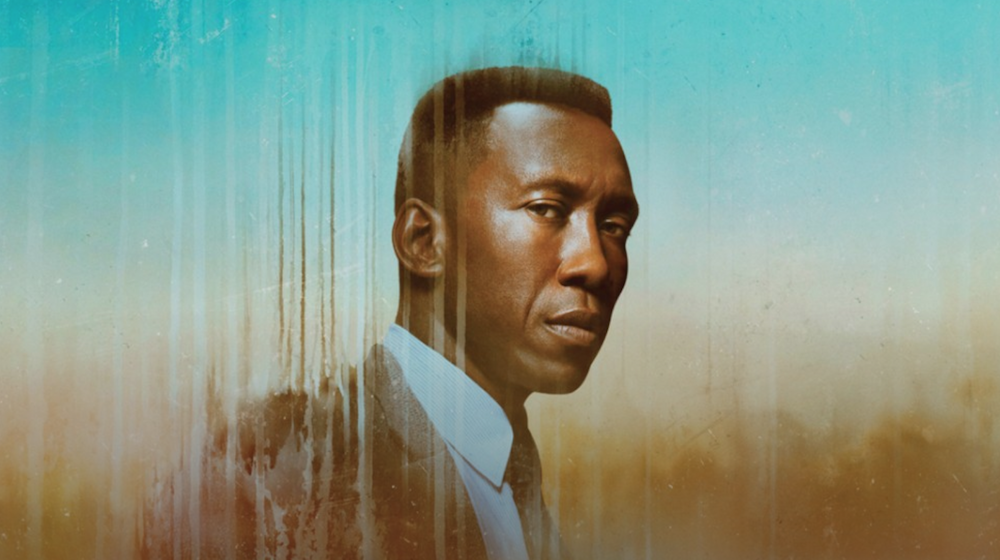