Here are the facts: on March 3rd, 2010, Barbara Beach Hamburg was beaten to death in front of her modest house in Madison, Connecticut. Evidence of a struggle was strewn across the lawn. She suffered over a dozen puncture wounds. The back of her skull was crushed. When her sister, Conway Beach, and teenage daughter, Ali Hamburg, found her body hidden under a pile of cushions they couldn’t comprehend the tangle of blood and hair. At first, they thought they’d found a dead animal.

In the canon of True Crime documentaries, Barbara’s death is unexceptional. The genre is overfilled with rapes, abductions, and ritual killings that make the violent homicide at the heart of HBO’s four-part Murder on Middle Beach feel quaint by comparison. That the filmmaker, Madison Hamburg, is Barbara’s son could just be a gimmick — an appeal to our growing demand for entertainment that dissolves the wall between subject and creator. As Madison digs into the clues surrounding his mother’s death, he is led again and again back to his own family: his businessman father, a down and out aunt, an unstable sister who left America and the family behind. So far, so standard. But what Madison has created proves, in its own quiet way, to be a subversive reinvestigation of True Crime’s basic principles.

Just below its humdrum True Crime veneer, Murder on Middle Beach seethes with a palpable sense of American decay. In the prominently featured home videos, we watch Barbara, called Barbie by her family, growing up in a sprawling colonial with five siblings — carousing under oil paintings of patrician ancestors. She married the successful, charming Jeffrey Hamburg (Madison’s father) and had two beautiful children. Her warmth emanates from low resolution VHS tapes and, as she plays with her babies, she is cloaked in the questionable fashion and joie de vivre of the early 2000s. Then Jeffery lost his CEO job amid swirling rumors of embezzlement, and much of the WASP-y Beach family’s wealth that he was investing vanished. Amidst an acrimonious divorce, Barbara’s drinking blossomed into full blown alcoholism — the enduring Beach family inheritance.

Whatever fortune afforded Madison’s childhood a palatial McMansion, trips to Hawaii, and field passes to NFL games evaporated. Madison’s teenage struggles with drugs and alcohol nearly derailed him, and even a half-awake viewer can’t avoid comparing Madison’s obsessive quest to the family pattern of addiction. By the time Madison resumed working on Murder on Middle Beach in 2016 — it began life as a student film three years prior — one aunt is living in a trailer, another is dead from cancer, and a third is fresh out of jail for her role in the Gifting Tables, a homegrown all-woman Ponzi scheme.

One of the most intriguing dead ends Madison explores, the Gifting Tables emerged in the wreckage of the post-2008 American economy that exploded across the Connecticut coast. The premise of the tables was simple, even if their execution was arcane: a one-time gift of $5,000 to the woman at the top of a four-tier pyramid would be returned as a $40,000 payout once the initial gifter had recruited 14 other women beneath her. Having all found the basic premise of their lives derailed, Barbara, her sister Conway, and sister-in-law Jill Platt turned to running tables to makes ends meet.

It’s an open question as to whether the money, or a reckless sense of community and purpose pushed Barbara to start recruiting from her Alcoholics Anonymous group, where she had become a mentor and leader. Jill Platt, who ultimately spent 30 months in prison for her role running the tables, hints that Barbara’s decision to invite these women led to her death. But Platt is really defending the existence of tables, which she maintains provided for her family during those lean years. One can’t help feel for Barbara, and the 6.2 million women today who, cut off from real opportunity, still get swept up in multi-level marketing (MLM) schemes that hawk essential oils in a parody of entrepreneurship. Barbara’s life story was meant to fulfill the American promise of continued upward mobility, instead of the American reality of cyclical exploitation.

In telling her story and his, Madison relies on function over style. Where The Thin Blue Line established cool stylization as the gold standard for True Crime, Murder on Middle Beach embraces a more DIY aesthetic. The series is made up primarily of interviews, old videos of family events, and seven years of footage of Madison doing the hard work of investigating: recording phone calls, taking meetings, looking through court filings. Murder on Middle Beach struggles to offer a clear answer to this stone cold whodunnit but Madison’s method makes for compulsive watching.

The clues in Murder on Middle Beach are sparse. It’s not a mystery that a sharp-eyed viewer is likely to solve. Madison goes down dead ends, searching for information about the tables, his aunt, his sister. Clues tantalize but remain insubstantial. Who was the man in the ski mask appearing in the window the day before Barbara’s death? Did someone call Barbara and tell her that her court date had changed, keeping her at home that morning? What really happened to the DNA evidence?

By the final episode, Madison’s wanderings through the labyrinth of family secrets have brought him back into the shadow of his father, who looms like a monster at the heart of the maze. Threatened by a possible jail sentence for unpaid child support and an ex-wife who might have dirt on his involvement with what sure looks a lot like international money laundering, Jeffery Hamburg had the most to gain from Barbara’s death.

But, despite hidden mics and taped phone calls, Madison never gets a confession on par with HBO’s True Crime darling, The Jinx. Robert Durst’s rambling admission on a bathroom hot mic lives in the documentary pantheon, only surpassed by David Ray Harris’ casual death row confession to murder in The Thin Blue Line. (But Durst’s lawyers have recently revealed that the documentarians flipped the order of some of Durst’s statements, making for a more damning confession. So much for True Crime.)

By contrast, Jeffery Hamburg offers nothing. No confession, no understanding of his son’s pain, no grief at his ex-wife’s death. In The Journalist and the Murderer, Janet Malcom argues that when investigators don’t have a compelling antagonist for their story, they must invent one. Instead, Madison instead turns inward. Against a backdrop of corrosive suspicion, Madison and his father grapple with basic questions of  their relationship – the limits of obligation and obedience between father and son. Where the Beaches have found hope within their nearly broken family, Jeffery Hamburg draws attention to himself as the only person close to Barbara unable or unwilling to offer a hint that he has grieved or grown from her death.

Murder on Middle Beach is an elegy for Madison’s mother, and a meditation on grief, suspicion, and obsession, dressed in the borrowed trench coat of a hardboiled whodunnit. It is a public act of therapy, featuring maybe the world’s most coincidental run in with the grief counselor who now owns the home Barbara was killed in front of. At its conclusion, Murder on Middle Beach wants us to know that, despite it all, the kids are alright. Madison’s sister, now married and living in Buenos Aires, ran to the ends of the world and found peace. And, while an obsessive Madison has found comfort in a closer knowledge his mother and her secrets, he has reconciled himself to the fact that he may never know the answer to who killed her just as surely as he will never stop searching.

As consumers of unsolved True Crime, we are still primed for the stamp of “case closed” at the end of any documentary investigation. But what we are consuming is a fantasy by selection. The reveals that are essential to the success of Forensic Files and Unsolved Mysteries are not representative of the reality of the criminal justice system. The Madison Police Department, which keeps a BearCat armored personnel carrier out front, hasn’t had a break in the case in 10 years. Across the country, over 40% of the murders go unsolved and the rate of solved homicides has declined almost 10% nationwide since 1980. As a genre, True Crime trades in the myth of resolution.

If Murder on Middle Beach fails to satisfy, it is only because at the last possible moment it offers hope. The peace found in letting go of certainty is subverted in the final moments by the success of Madison’s long shot Freedom of Information Act (FOIA) request to have the Madison Police Department release their files. Suddenly, his good work is undone and Madison is speeding in a rental car back to where it all began, in search of one last fix. 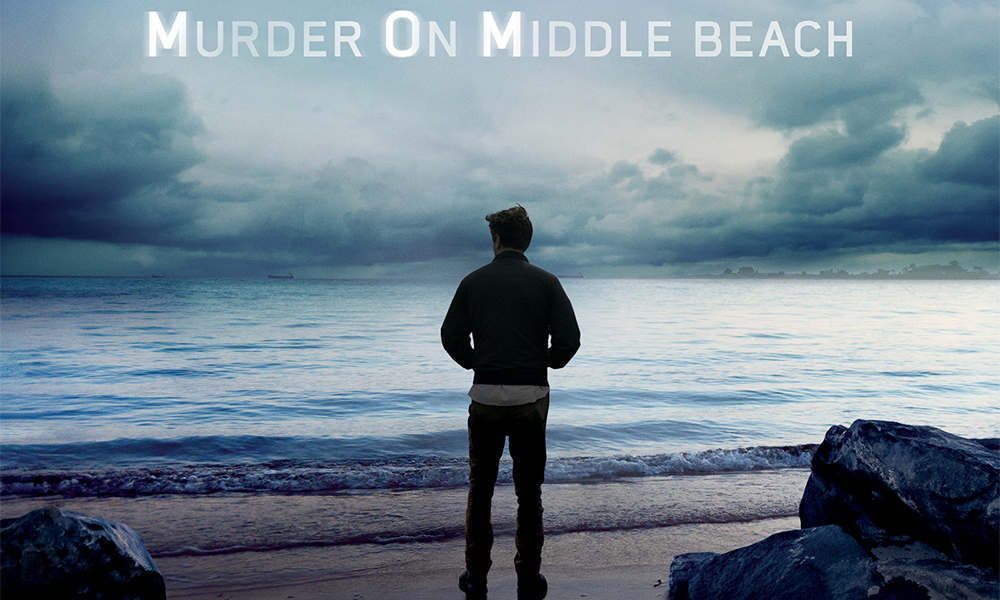