An interactive map on The GEO Group’s website bears 74 green dots. These represent the 74 for-profit correctional facilities — which house 80,566 incarcerated people — under the company’s purview in the United States. The green dots are spread widely. The shores of Puget Sound on the West coast and those of Chesapeake Bay on the East are comparably adorned. But the green dots do seem subject to some sort of latitudinal gravity; their numbers swell in the southern states, near the border with Mexico and the Gulf.

This is no coincidence. Those green dots appear magnetized to an increasingly militarized border, and the prison-industrial complex allies itself with a concept of nationhood that would criminalize those in the country without documentation. Carceral capitalism — a logic which sustains The GEO Group and companies like it — is driven by the incentive to hold the most possible inmates for the fewest possible dollars. It is stoked by immigration enforcement; higher rates of deportation mean more detainees. The profit motive that undergirds these facilities spurs a number of human rights abuses, including forced labor, overcrowding, and refusal of medical care. Meanwhile, the industry bankrolls a robust prison lobby which maintains and expands the detention policies that are its bread and butter. Last year, 65% of immigration detainees were held in for-profit prisons. The same year, The GEO Group reported an annual revenue of $2.18 billion.

A detention center figures prominently, if obliquely, in Lisa Ko’s debut novel The Leavers. In this case, the center in question is not a green dot but a black box. Polly Guo, an undocumented Chinese immigrant and one of the novel’s protagonists, disappears after ICE raids the nail salon in New York City where she works. She is incarcerated thousands of miles from anyone she knows and is eventually deported back to China. Her son, Deming, is adopted by a white couple who relocate him to the suburbs and rename him Daniel. Both Polly and her son are dislocated literally and figuratively by her disappearance into the deportation machine. She loses herself because of the outrageous traumas she endures following her arrest, and he because of the subtler traumas of whitewashing. They are adrift, apart from one another and apart from themselves. Ko’s exegesis is one of input and output. To demystify the carceral apparatus that is built up when immigration is criminalized, she shows her reader who enters into it and who comes out the other side. Though her narrative never penetrates the walls of the fictionalized facility that haunts it, Ko illuminates the plunder of immigrant lives at the hands of the prison-industrial complex by describing its attendant outcomes. The fallout of her protagonist’s detention and deportation, as narrated in the novel, has already galvanized early audiences; The Leavers is the winner of the 2016 PEN/Bellweather Prize, established by Barbara Kingsolver to promote fiction that addresses issues of social justice.

Ardsleyville is the name of the detention center that Polly disappears to after ICE storms her workplace. Its centrality to the narrative is indicated by frequent paralipsis; when Polly narrates, numerous overt indications imply that she will not talk about Ardsleyville. Her avoidance of the topic comes from a self-preserving amnesia. To discuss Ardsleyville is to seal its consequence. In Polly’s words, if she speaks of it “then it had been real, not a nightmare I could just write off as my imagination.” So she acknowledges her experience there only in the moments that she vows not to acknowledge it.

Even without her account, however, the reality of Polly’s detention is evident in what comes before and after. Prior to the raid, Deming and Polly live in the Bronx with Polly’s lover, along with his sister and nephew. Polly is a self-described “free spirit.” She came to the states to escape an inevitable marriage, animated by the green grasses of economic opportunity. Those “Incredible Americans” who have returned to her native Fujian province, enriched after years of chasing American dollars, stir in her a motive that belongs to many migrants. Ko’s account of Polly’s journey and the journeys of others bound for the states is pointed in its message; America has orchestrated many of the the global conditions which would compel someone to risk their life to migrate to it, as global trade agreements and U.S. foreign policy have left many people with scant options for self-determinacy. These are the very same people who, once they arrive, are subject to a deportation machine which strips their dignity and leaves them little option for recourse. These are the people who enter into the black box.

The GEO Group features on its website a profile for each of its 74 facilities. Click on one of the map’s green dots to see an address and a picture. The pictures, many of them taken from the sky above, suggest the impenetrability of these compounds. The images are unforthcoming. Here are 15 rectangular buildings arranged haphazardly around a central point, panopticon-style, in the chaparral. In another picture two flags in red, white, and blue rise above a concrete wall. We understand these prisons as factories which monetize the lives of the people held in the thrall of the criminal justice system. We understand them as the waypoint for many individuals who are arrested on account of being in the country illegally.

What Ko seeks to do with The Leavers is illuminate the consequence of these facilities, and of the deportation machine as a whole, on individual lives. After Ardsleyville, family ties are torn apart and identities erased. Languages are left nearly forgotten, and autobiographies are rewritten with a wide perimeter around the trauma of detention. Ko’s novel is self-consciously political in a manner that, at times, verges on ungainly didacticism. In Polly and Deming, however, she has created two memorable characters with the capacity to spark empathy in audiences inured to a dismaying status quo. Right now, with anti-immigrant rhetoric and policy on the rise, stocks are soaring for companies, like The GEO Group, which profit from increased border security and an aggressive deportation agenda. ICE is expanding its machinery by reopening prisons which had been closed, expanding contracts with for-profit prisons, and adding beds to county jails. Ko’s book arrives at a time when it is most needed; its success will be measured in its ability to move its readership along the continuum between complacency and advocacy. 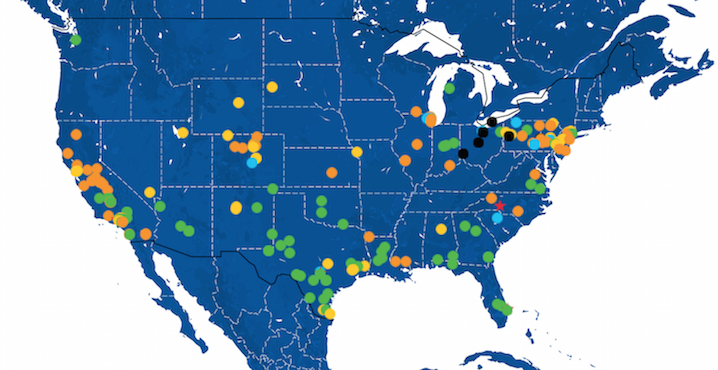