For Denis Johnson devotees, the blurbs on The Largesse of the Sea Maiden hearten. A retinue of writers as famous as contemporary writers get — Zadie Smith, Philip Roth, and Don DeLillo, to name a few — praise the range of Johnson’s work: for Roth, he was a voyager into American darkness like Faulkner or Melville; Jonathan Franzen hopes that God has Johnson’s humor; Louise Erdrich speaks to the bond that he had with his readers, his gift for speaking to a “ragged, yet transcendent, aspect of their own secret heart.”

There’s room, too, for Johnson as one-man sleeper cell trapped inside the hull of American empire, say in National Book Award winning Tree of Smoke, or The Laughing Monsters. There’s room for Johnson as genre artisan: nuclear dystopia among the Florida Keys in Fiskadoro, and vintage California pulp in Nobody Move.

There’s room for all of that. You can pick your Denis Johnson.

What prevails is what we can agree on: the intensity of his tone, the narrative concision, the images that can cook a compound sentence — choose seemingly any page in Jesus’s Son — into a hit of grace like the Pentecost.

So while the taxonomical discussion of Johnson is still fresh, I’d like to propose that Sea Maiden adds a wonderfully unexpected last angle on his work: that of Johnson as domestic weirdo, late middle age stock-taker, and existential duffer.

The title story, the collection’s first, which was originally published in The New Yorker in 2014, begins at a dinner party:

These were people we’ve gotten to know a little from Elaine’s volunteer work — nobody from my work, nobody from the ad agency. We sat around in the living room describing the loudest sounds we’d ever heard. One said it was his wife’s voice when she told him she didn’t love him anymore and wanted a divorce […] [Another] said it hurt his ears whenever his brother opened his mouth in public, because his brother had Tourette’s syndrome and erupted with remarks like “I masturbate! Your penis smells good!” in front of perfect strangers on a bus, or during a movie, or even in church.

Like many Johnson openings, it’s a jarring one. But previous Johnson books have opened with characters catatonic on heroin careening down purgatorial Midwestern state roads or hunting an shadowy animal in the jungles of South East Asia. To drop into post-prandial banter in upmarket America? That feels weird.

Yet the paragraph still has a Johnsonian bent. The cliché of the “divorce” slides into the figure of the afflicted brother, his “erupted” remarks “in church” absurd and wounding. The emotional wavelengths aren’t so far off from Johnson’s other work to render them unrecognizable.

The story hinges on the narrator facing down two end-of-middle age milestones. He goes to Manhattan to collect an ad industry award for work completed years ago, and he attends the memorial for a casual friend who committed suicide, a “religious painter” who leapt from a bridge.

The elliptical paragraphs and multiple titled sections offer a montage of elevated post-war fiction tropes: phone calls to an ex-wife; middle-aged valedictions about being a stranger in New York; spinal aches.

So many of the story’s elements — character, setting — feel predestined to become sad dad cliché. But they don’t. They only run asymptotic to white guy shambolics. The language saves the story’s potential pitfalls. On a wall phone: “a sleek blue one that wears its receiver like a hat. A brisk, modest tone began […] My inclination was to scorn it like any other unknown.” On setting out from a tourist hotel in midtown Manhattan: “I had a wonderful breakfast among a handful of miscellaneous wanderers like myself, New Yorkers with their large, historic faces, every one of whom, delivered here without an explanation, seemed valuable.”

Our narrator doesn’t act out in cheaply Freudian ways in the way a bad Cheever homage might. In the story’s closing paragraphs, he delivers the facts of his life directly. He summarizes his prize-winning ad, a cartoon in which a rabbit being perused by a bear offers the bear a dollar bill for its life, a piece of media that “referred, really, to nothing at all, and yet it was actually very moving.” He recaps his previous marriages, his children’s paths, the cities where used to live. He tells us his name. The ending somehow evokes both Joyce’s “The Dead” and a particularly cheesy Van Morrison lyric. Johnson leaves us:

Memory fades, not much of the past stays, and I wouldn’t mind forgetting a lot more of it. Once in a while I lie there, as the television runs, and I read something wild and ancient from one of several collections of folk tales […] then sometimes I get up and don my robe and go out into our quiet neighborhood looking for a magic thread, a magic sword, a magic horse.

Maybe this is the sustainable life that went unlived for his earlier protagonists. And underneath that there’s a clammy realization that most of us don’t hit some wild American event horizon. We have never been strung out in a war zone, or stranded in a jungle. Or maybe it’s just that Johnson’s own characters don’t really do that sort of thing anymore.

The collection’s final story, “Doppelgänger, Poltergeist,” provides a memorable counter point to its first. Here, another post-war stock narrator: Kevin Harrington, a thwarted late middle-aged writer and academic at Columbia who has a meltdown in a superior’s office, hates New York, and has the petty little revelation while reading the poems of his student that he’ll “never be a poet, only a teacher of poets.”

If you encountered this in a short story from an unknown writer, you might scoff and toss the book or magazine aside. As well you should.

Just like the title story, however, “Doppelgänger” finds its sea legs in bougie American weirdness. The narrator’s student Mark becomes an authentically successful poet, a James Tate-type with stark images and a distaste for the workshop circuit (which is also a kind of cliché). But he’s also an Elvis obsessive and the bulk of the story’s plot focuses on Mark’s hunt for Elvis’s lost twin. Across decades, Kevin and Mark reenter each other’s lives in the kinds of places academic writers call home. Mark’s research and mania for the conspiracy of the missing twin of Elvis literally takes up entire pages of the story. It’s the boldest choice in the entire collection.

The obsession eventually derails Mark’s trajectory, and as Kevin settles into the kind of stable C+ academic career that becomes oasis at 50, the story seems to be tilting toward a kind of character stoichiometry. The authentic artist and work-a-day wordsmith are equal, or at least have a similar balance sheet. But, as before, the last paragraphs trouble the waters. Mark is arrested at Graceland. He hasn’t published in 15 years, but Kevin wonders if “his mania doesn’t ease the pressure of his genius and make it bearable.” Then, in the story’s last gesture, Mark writes Kevin an email, “in which he picked up a very old thread” of the Elvis mystery. Mark’s closing of the email, the last line of the collection, the last glimpse we’ve got of Denis Johnson, is “Elvisly Yours.”

As victory lap’s go, it’s perfect. The myth of Elvis, that symbol of American appropriation and commercialism and performance, becomes a reason to keep going.

Here and in the title story, Johnson’s narrators have floated down into the worn path of competence and anonymity only for a final shot of bizarre Americana to arrive before the credits roll. Critically, both story’s narrators are kinds of writers. Not full blown successes, like the names on Sea Maiden’s dust jacket or Johnson himself. Rather they’re kinds of people that Johnson’s characters might have become if they would dry out and buckle down: Copywriters, college writing center directors. Or maybe they are mirrors of Johnson himself, who sobered up before 30, took his share of MFA jobs, and was surprisingly candid about the book business. As Deborah Treisman recalled in The New Yorker, Johnson freely admitted that he wrote one of his late career novels so he could buy more land in Idaho.

The institutions that keep most American writers warm — colleges, publishers, households — ended up keeping Johnson warm too. The lineage of writers who develop after labels like “visionary” and “outsider” get slapped on their first efforts is not a rich one. So perhaps there’s something wonderfully strange in the way that Denis Johnson ended up on the same shore as us, the survivors and compromisers, punching the clock, writing to old friends, and keeping his eyes open to the strains of wilderness that run through even the plainer lives. 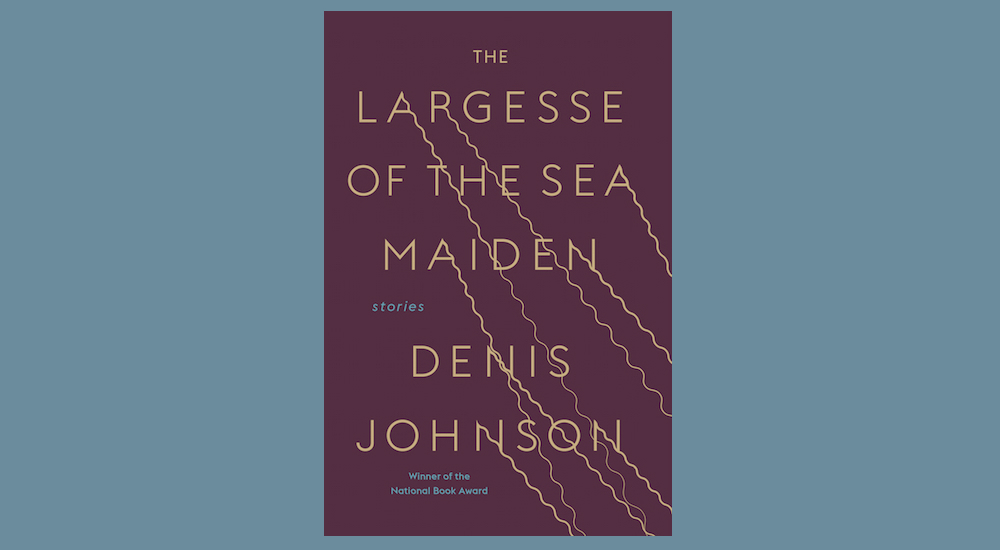