This poem is a wave of Junk.

Tommy Pico’s poem crashed over me. Before I quite knew what was happening, I was swallowed up by its rhythm. No full stops, no rhymes, and as such the words tipped freely down the page with force and eloquence.

The pace at which I was enveloped by Pico’s words obstructed any attempts to precisely state what Junk is. Pico does offer definitions, though they are not entirely helpful:

“Junk is discovery and anchor” yet “Junk is anti-stasis”

“Junk isn’t garbage” yet “Some Junk will ultimately be garbage”.

Junk changes and grows from line to line.

Images continued to tumble past. Sex and food litter this poem, images blend into each other and Junk takes shape as a constellation of hunger and desire.

“Frenching with a mouthful of M&Ms”

“I unzip your pants with my/ teeth”

Falling through one set of desires to the next I was too close to Pico’s Junk to gain any sense of perspective. In fact I was too inside my own head, the images of the poem triggering my own cravings, thirsts, turn-ons. Not for long though.

A sharp biting wind under my toes, just as the poem had lulled and charmed me, no sooner did it spit me back out again.

Now on the outside, the Junk that makes up this poem becomes visible. To be examined rather than just experienced.

In those moments of silence and of cold, urges temporarily quiet, Pico exhales. Hot air escapes. Stomach relaxed, fists unclenched. As the motion of the poem stops temporarily, the Junk that used to envelop me lies still. In that state it can be inspected.

The result of this poetic exhalation is unsurprisingly very raw. Pico’s insides, his vulnerability and lived experience, is clearly on show.

His recent break-up. His past. His fear.

But raw doesn’t mean that Pico isn’t careful or considered. In fact he is the opposite. He knows exactly what he is doing. Break-up or no break-up, this is a poet who knows himself, or at least is very good at trying to. He knows his own Junk. His well-timed, sometimes ruthless, use of personal example provides moments of clarity and intensity to this poem.

“Curate your junk to allow for a close up”

And now, sitting on the cold floor by the Junk heap, I could begin to approach an understanding of Junk. It is different from garbage, not something to be thrown away or forgotten. However neither is it something that is inherently useful. Junk is positioned by Pico as sitting in-between.

“Junk is waiting for a decision”

Junk used to have a use, and now it could have. It is made of our past lives and decisions, pieces of ourselves that we hold onto because somehow, they are still important. Each of us a hoarder of our past, hoping without thinking too deeply, that our past will be of use again soon.

Ever the narcissist I think of myself. As a foreigner living away from my home country I am often reminded of the Junk I hold. The foods I crave, the people that I love, the cigarettes that I threw away (but continue to buy). Living in this foreign place I can see the parts of me which lie as Junk, unutilised because they do not fit with my life here. Yet I keep them, touch them, feel that these pieces of Junk are still important somehow.

And soon I will go back “home” and some of my Junk will gain life again, and conversely other parts of me will fall into disuse. I will not, however, be throwing them away.

Pico’s Junk is out for us to see. His being a gay man in New York Junk. Loving Janet Jackson junk. Growing up on a Native American reservation surrounded by meth, sadness and a cruel and indifferent past Junk.

Even though Pico lives in a time and place which renders fundamental aspects of his identity and heritage as Junk…he doesn’t throw it away. In fact he can’t throw it away. It lacks utility now, but it doesn’t lack value. It is there to remind him of who he is. And who he could be.

“Junk as a way of being at the centre of your universe.”

Pico’s poem is humorous, sharp, and above all brave. He brandishes his junk unashamedly. And I couldn’t help but be transfixed. 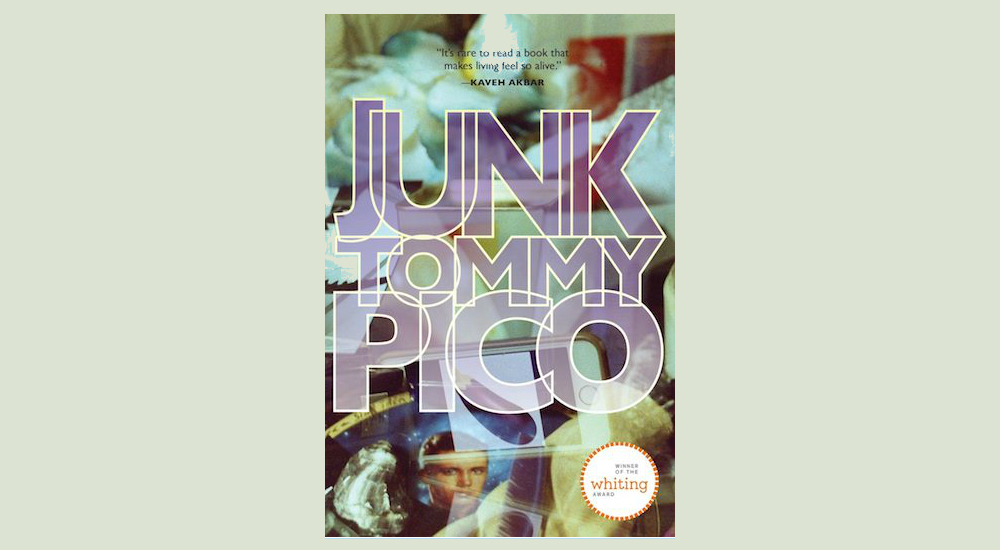