A man faces away and hangs his head, first whispering — It’s over — then raging, trashing the room. Last week a dear friend on another other coast said it too while we were FaceTiming in grim humor: Oh, I mean, it’s over. This can be affirmed from many different positions and in all kinds of spirits: mournfully, angrily, matter-of-factly, fearfully, or hopefully, as a lament or as a commitment. Compared to early spring, there’s been a shift away from wondering when things will return to how they were, or when we’ll get beyond “this,” ways of relating to the world as if all this were temporary and therefore basically not real. Now the question is not so much when we will Return or what will happen on the Other Side, as: what comes next within this, the real reality?

She Dies Tomorrow begins with a wet eye reflecting something bright and red. As it flutters, we hear a sad voice: We didn’t know each other very long. But it was a really, really nice time. Something brief is done. The first 20 minutes of the film follow Amy moving strangely through a Los Angeles house that seems to be hers and yet is not quite home. There are boxes everywhere, but its foreignness is communicated more in how she engages the space: running her fingers along grooves in the wood, lying collapsed on the bare ground, pressing her face against a wall, heaving brief sobs at the kitchen sink, which leave just as suddenly as they arrive, like fast weather. She puts on a record, operatic and blasting, and restarts it again and again. She drinks a lot of Kim Crawford, rolls in dirt, and surfs the web for urns and leather jackets. Mindfulness therapies advise that when feeling overwhelmed or dissociative, you should stop and note the deliverances of your senses: when losing your mind, try to touch the world.

During these 20 minutes the film provides no context or explanation. Amy is grieving something, and it’s natural to think that the loss is another human being. But in fact the loss is hers, her own life: Amy knows, mysteriously and completely, that she will die tomorrow. She has picked up this premonition from a man she was dating, the man losing it in the film’s first scene. She has not passed it on to anyone else, though she will. For now Amy wanders her house as though its insides were lonely streets.

Watching movies in quarantine, what’s striking is how physical human beings used to be, so careless in their contact, fully obscene in their readiness to touch. Someone walks into a crowded bar or two characters lean in to embrace and the body tenses quickly — Wait! — as if one were watching a woman ascend the stairs to explore a dark attic alone. Ordinary physicality as a horror show or improbable fantasy. But watching Amy’s strange solitary movements in quarantine, they are not as unusual as they might have seemed a year ago. We too spend our time wandering our own interiors, taking the paces from the kitchen to the bedroom and back, laid out on the couch as the mind rampages. Who hasn’t leaned their forehead on a wall these past six months?

I watched She Dies Tomorrow mid-week on a TV with bad speakers, distracted by various disasters ranging in scope and scale, and by that demonic lifesaver with which I am now spiritually fused, the phone. This is no way to watch a movie, and yet it is also somehow apt that a movie that wails over and over It’s over! must now be seen with the conditions of moviegoing gone: the cavernous, windowless theater, the elbow-to-elbow company, the darkness and silence, the scale and sound, the shared snacks. That’s over.

Amy Seimetz’s She Dies Tomorrow has been called the first COVID film. Obviously, it was made before the pandemic. But one of the virus’ achievements has been to accelerate and accentuate our pre-existing realities, so of course, this film was also made in and in response to the world we’re currently suffering. Though it strives to summon some shared existential reality and to touch a collective nerve on edge, She Dies is a personal film, made inside a special corner of America, the manifestation of a specific kind of anxiety. Seimetz has said that her film was partly inspired by how weird it felt to buy a house, and by her occasionally arresting fears of attacks and home invasions. The film’s characters are likewise LA homeowners, young creatives and attractive couples who host dinner parties and one by one reel and stagger at the prospect that their life — that life — is over.

This film shares some family resemblances with other recent West Coast movies, like Mandy, The Invitation, Drive, The Neon Demon, Queen of Earth. These films tend to feature a rumbling, noisy score, and a dark and colorful hyper-aesthetic, reverently invoking the sinister neon of the movies and music videos from the 1980s and 90s. There are occasional shocks of bone-snapping violence. Human communication has become agonizingly distorted: sometimes devilishly conspiratorial, sometimes flattened out entirely. The mood of these films is tense with a distinctively Californian strain of paranoid nihilism, anchoring these films beyond the sick glitter of the 80s to the uncanny menace of the 70s.

Insofar as She Dies Tomorrow explores the burden of certainty without the sharable assurance of evidence, it is more interested in the epistemology than the metaphysics of imminent death. The film does not explain what this contagion is; it doesn’t even settle the question whether the thing really kills you or just convinces you of your death and leaves you there. The characters that populate Seimetz’s small universe have spent their lives with the advantage of not having to face or really know that they are mortal. The disease they catch is this certain knowledge, or faith, which is radical, isolating, disbelieved by others, unreflected by the ordinary world. But now they know.

The film is thus pitched at a high degree of existential seriousness, and yet neither the plot nor the form is able to sustain this ambition. We watch Chris Messina earnestly face his mortality in his gigantic, sun-soaked kitchen, and Jane Adams introduce herself — I’m going to die! — to two young women who are going to die too, all cheerfully greeting each other with the buoyant relief of a church meeting, or a rave. Clearly these are meant to be moments of dark comedy, but they’re thin, and if the point is to laugh at a rich person’s revelation, too easy. So too for the weighty moments, as when Brian (Tunde Adebimpe), the only Black character, reacts to his new knowledge by driving straight to the hospital and pulling his father’s life support, the movie’s first death. If the comedy scenes are too thin for genuine humor, the moments of real human pain are too vague for pathos. Scenes and characters flit by; the screen occasionally fills with colors. Richard Brody aptly describes She Dies Tomorrow as less a drama than a cry. But a cry may not be enough for a film.

Of course, part of what is missing is the entire culture and practice of moviegoing. It turns out movies don’t hold themselves up on their own but need the support of a whole form of life and set of institutions that are no longer. These are not optional supplements to movies, but constitute cinema’s form, how movies are to be displayed, how they are to be seen. Outside the cinematic edifice, Seimetz’s cry lands lonely in a living room, less a film, under the circumstances, than a thing to kill an evening.

But the ultimate problem — and this goes for some of the other films in this hallucinatory genre — is that the emptiness and loss that this film seeks to conjure plagues the movie itself. There is a human thickness and presence that’s missing. Without such ballast, the kinetic aesthetic becomes perfunctory and gestural, rather than rapturous. Bright lights for nothing.

It is as if this movie were frantically pointing to something very big — a loss, a fear, a cinematic tradition, a life. But the vital thing, it isn’t here. 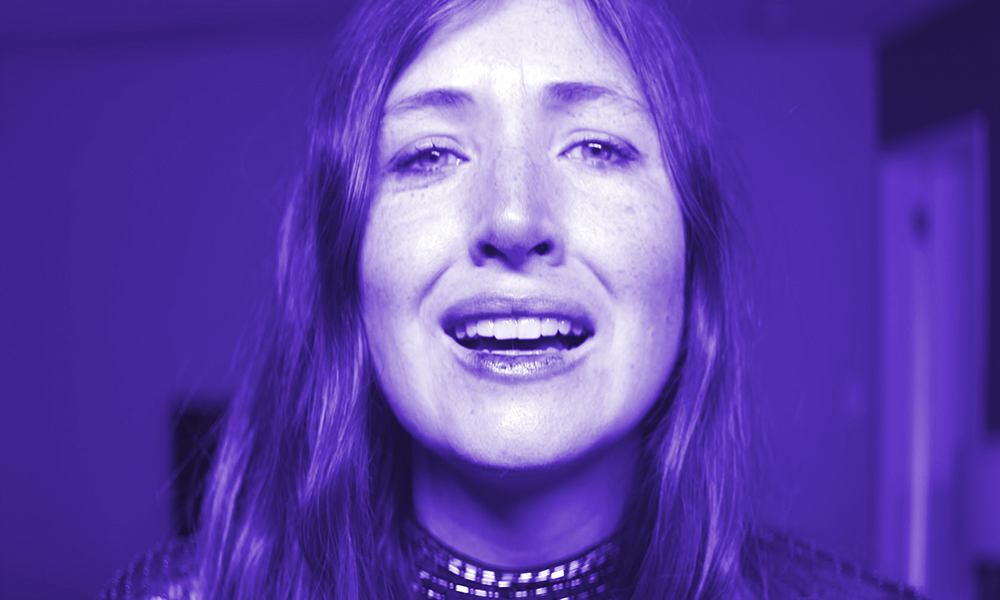