This recent collection by Michael Palmer, the prolific poet who hangs out quietly and elegantly in the poet-sphere, is a work of magic. Sister Satan must be pleased by these elegies and the other meditations that make up this collection.

The elegies are meant for all of us as they probe the complex simplicity of life in our times. How well these words may resonate for the reader: “Singing is prohibited in this café/Torture is permitted in this café.” There it is, the great dilemma that confronts us day by day. “May I call you Sister, you/almond-eyed, unsmiling,/In this ever-changing light/that chokes the feral world.” His words leap. They do not hold back. This passage reminds me of why Palmer’s body of work resonates as if planned as one long poem. He risks everything in a land where inventiveness is crucial. Does he live in a land without borders across impassable mountain ranges where the real work is accomplished? He seems pleased with Sister Satan and is able to express playfulness though traveling through serious terrain. Deep in the series of elegies he writes, “Here, sister, it can be said/that good-bye means hello/day night, far, near, here/where the rivers run uphill/in the clouds lie still.” Elegies are expansive. They are meant to connect us with the dynamic sense of interconnectedness that is our wont. Poets accomplish this, but he spares nothing in doing so. “Poetry was dead again/they said again…” It’s so easy to say poetry is forever in a state of crisis. One thing is for sure: poetry is continually undervalued, especially today.

Who is Sister Satan? You may approach her and complain about the state of things, poetry included, and you may say, “there where we were done with words/at last, by silence agreement,” Palmer writes. “Today I wrote nothing.”

Palmer is not finished with his readers. The book has three sections. Once he is done with the elegies he moves on to “World Enough.” These are illuminating snapshots beginning with a sweet song at 17th and Mission in San Francisco. Yes, it is at the streets, “sometimes amidst the flames/war in the streets/I have traveled many leagues.” Section three is a delightful sprint through the poet’s restless mind as he summons up Osip Mandelstam, Berthold Brecht, and “Hotel NY” where he grew up. “No pets are allowed./The river froze solid that winter.” Then there is “The Poem and it’s Double,” which says it all.

A stunning series called “Midnights” brings this book into a finely-honed focus. Palmer invites Franz Kafka to the table in an inscription to the section. It ends with “In my dark hours.” These poems are not a dark night of the soul — but rather meditations on the expressive lucidity the mind is capable of in the hours that the sun dances on the other side of the world. Palmer is ensconced in blessed solitude. He has afforded himself an opportunity to write this gem, “And then a thing called thought/a swift in the air/until caught.” Subtle truths rise to the surface. Ideas of the truth shine like a night lamp in-between the poems. We hear, “Yes, it’s true, that snow/is often likened to poetry/slant winds are likened to poetry.” This recalls Emily Dickinson: “tell the truth, but tell it slant.” So, this is not an insomniac’s notebook, it is very much alive and difficult to express in a short review. Let me simply conclude with these beautiful lines:

That says it all. Enter the elegy, spar with words, and walk around midnight with the poet and his song. 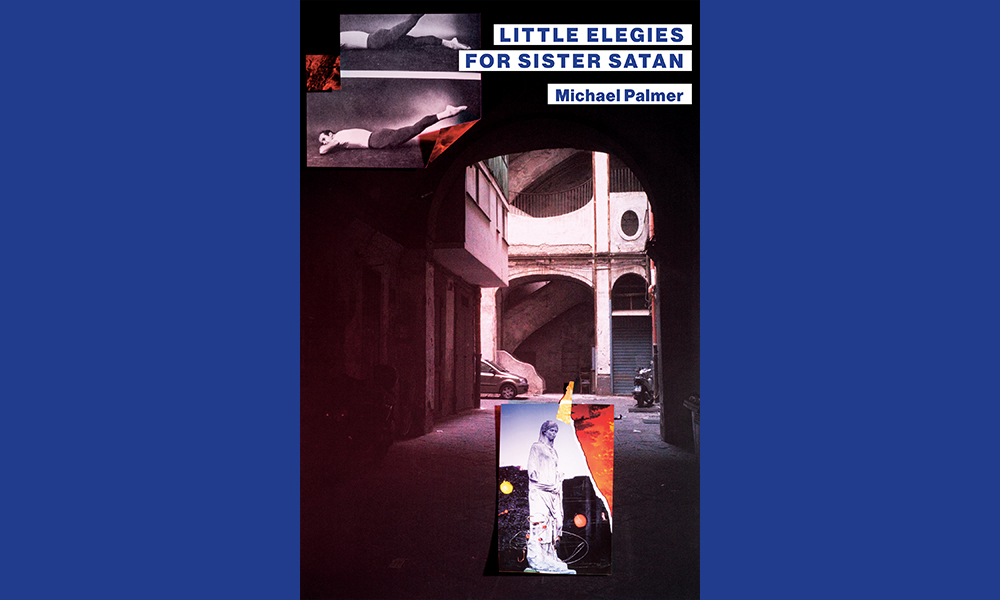