Inside, a video game from 2016 by Arnt Jensen and Playdead studios, is entirely free of speech or text. The player controls a young boy, dressed in a red t-shirt, as he runs one long dash from the left side of the screen to the right. A dreary proposition for a story, you might think. A story suggests telling. The earliest movies, however, told their stories through gesture and sound, light and shadow. So do classical story ballets, and certain symphonies. Sometimes a story is less told, more conveyed.

A lot happens to this red-shirted child along the way: he is forced into an oppressive slavery, escapes said slavery, gets chased by wild dogs, animates dead bodies with mind control, goes submarining, breaks into a sinister corporate experiment facility, and undergoes one of the most startling and bizarre physical transformations I can ever remember, in any art form. If this all sounds like generic video game fare — loud, fast, unthoughtful action —  think again. Inside embraces the limitations of game-based narratives,  yet reveals how such a framework can offer something deeply synesthetic.

Graphically, Inside is stark, and to beautiful effect.  With a muted color palate — almost black and white — the scenery has a cell-animated quality, given extra depth with vivid lighting. The environment is so rich, you keep forgetting that you can only move left and right, wanting to venture out into the cruel backdrops. You cannot adjust the camera, which is fixed, like the boy, on a very intentional track. Every single frame has been meticulously crafted. The game, in a sense, is in control.

Without words, we listen for other languages. Ambient sound seems to reverberate so loudly during Inside, with layers of sonic information. Compared with other video games, it is a masterclass in quiet restraint. Rain patters onto a cornfield while crickets hum in the distance; the sound of a train, twenty feet above head, rumbles through the concrete ceiling of an industrial bunker; a uniform shuffle of marching footsteps fades in from silence over minutes, encroaching so slowly, so steadily.

The question of how video games tell their stories uniquely is often answered with “interaction.” Yet this is only one part of the answer. Ms. Pac Man, from 1981, featured gaming’s first “cut-scene.” Cutting away from the playable action — the grid with its chomp-able dots and ghosts — a basic story unfolds as Ms. Pac Man falls in love. Flash forward to today and games tell intricate dramas populated with complex characters, but often only occurring in these cut-away episodes. Take away the cut-scenes and what kind of story is left?

Inside has no cut-scenes. The story is embedded in the gameplay. The whole engagement takes place within one simple directive — run. But such subtle transformations and ambiguities conspire within that one action: what at first seems like run away from, is maybe run towards; run for your life is perhaps run towards certain death; escape from becomes raid; and run for freedom is perhaps run at someone else’s behest. There are hints of a higher controlling power throughout. You yourself discover the ability to control others, to invade their minds and bend them to your will. Which leaves open the question: who is controlling you?

It’s revealing that the appeal of Inside, restricted play, is exactly the opposite of what is usually celebrated in video games: unfettered possibility. Gamers will salivate over vaster worlds to explore, more customizable options, freedom of choice, endless variation and unlimited playtime. Inside is comparatively finite. No choices to be made, a single track of movement, controls as basic as they come — run, jump, push, pull — and the game is over after roughly four hours. As is so often the case, less is more.

As a helpful yet left-of-field guide, let’s consult Zadie Smith and her essay in which she pits two writers and their philosophies against each other: Vladimir Nabokov and Roland Bathes. Nabokov, Smith writes, championed the “bold assertion of authorial privilege,” where the author of the text has ultimate control, and the reader must surrender to the artist’s intentions. Barthes meanwhile, in his essay “The Death of the Author,” advocated a “bold invocation of reader’s rights,” wherein the reader creates the world of the text with each reading, along with the meaning the text produces.

It’s a rich parallel when considering games: Who’s act of creation is the more meaningful, the maker’s or the player’s? Most video games tend towards Barthes ideal, surrendering the maker’s authorship in favor of the player’s ability to author from within. More and more, players demand agency; that their playable character be more recognizably their own creation; that the narrative follows the path that the player chooses.

Arnt Jensen and the team behind Inside lean more towards a Nabokovian approach; they are the auteurs, with a specific vision to share, in which the player’s role is to receive the game rather than to influence. If that seems a limited relationship, well, it is. But Smith sheds light on how Barthes’ supposed agency of the reader is its own kind of oppression, critiquing a younger version of herself who fiercely advocated for Barthes’ notion: “Back then I wanted to tear down the icon of the author and abolish, too, the idea of the privileged reader — the text was to be a free, wild thing, open to everyone, belonging to no one, refusing an ultimate meaning. Which was a powerful feeling, but also rather isolating, because it jettisons the very idea of communication, of any possible genuine link between the person who writes and the person who reads.”

Given that games have no single author — they are almost always collective creations, where many different people’s visions come together — it’s harder to think of communicating with the maker through playing the game. But Inside’s limitations prove an interesting opposition to the accepted knowledge that agency is king, by doing away with, as Smith writes, “the assumption that what a reader wants most is unfettered freedom, rather than limited, directed, play.” 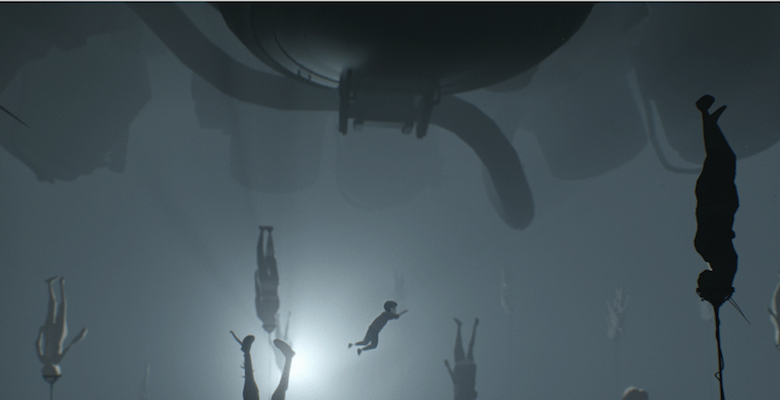