The cultural theorist James Clifford asserts that one can to go to a former home but not go back. The pull of nostalgia or the need for closure that often motivate such journeys and their anticlimactic conclusions are, unsurprisingly, rich grounds of exploration in fiction. In W. G. Sebald’s Austerlitz (2001), a narrator intent on meaning-making revisits and documents the locations of his early years. In The Kite Runner (2003), author Khaled Hosseini has one of the two main characters (Amir) travel back to Kabul so he may belatedly do good by his childhood friend (Hassan). In both works we find that the travelers and the physical geography they return to have been deeply altered by personal and national trauma, respectively. The moment of re-encounter between the two shocks reader and traveler-character alike. The meticulous self-documentation of Sebald’s narrator is interrupted when his visit to a train station conjures up a memory, and with it, a past, that he has no conscious recollection of. Amir’s arrival to Kabul confronts him with a tragedy that shuts off any possibility for the kind of closure he seeks. The Human Zoo, by Sabina Murray, who is the winner of the PEN Faulkner award and whose previous novel Valiant Gentleman was a New York Times Notable Book of the Year, is written in this rich tradition of Sebald and Hosseini: it is about a journey that underscores the impossibility of going back.

Troubled by a marriage that is on the verge of ending, Ting, the narrator of The Human Zoo, travels from the US to the Philippines, her mother’s homeland, a place where she seeks grounding in the company of her aunts (her deceased mother’s sisters), Tita Dom and Tita Rosa, and her friends, Inchoy and Bibo. Her husband does not appear on the page. We hear his voice, later in the novel, in the heated exchanges that Ting has with him. But an object that Ting reluctantly carries with her from the US to the Philippines, a coat that takes up most of the room in her luggage, exemplifies the condition of their relationship. Ting reflects:

The coat had no purpose in the Philippines, but I had forgotten it hanging on the coat stand in the hallway when packing to leave New York. My other things had already been boxed and sent to storage. I could have left it, but the coat… had been an extravagant birthday gift bought by my husband as he tried to convince me to stay… if I had left it there for him to find, it would have made a statement that did not express how I felt. (20)

I was a student of Murray at the University of Massachusetts MFA Program for Poets & Writers, and in one of her novel writing workshops she spoke to us about metonymy as a craft device: a single narrative event (a family dinner, for instance) that, on the page, functions as a stand-in for multiple such events and broader narrative concerns (the family dynamic, to continue the example). Ting’s coat serves such a metonymic function, succinctly illustrating, in place of multiple flashbacks and extended interior monologue, the condition of her marriage.

A return to the Philippines allows Ting to appreciate the language and its practice in a new way. For instance, she observes that “the local term for people like Bibo was binabae, or ‘womanly.’ There was also the broader term bakla, which just meant gay. Regardless, gender here was simplified by siya, Tagalog’s gender-neutral third-person pronoun” (30). The retrospective narrative also allows her to identify key differences between the Filipino-Americans who “suffered from the shame of otherness” and Filipinos who migrate to the US and who have a “disdain for gauche American culture” (20). The fact that in the States, they are “seen as being of the same tribe” is, Ting notes, “a flawed taxonomy” (21). Yet, despite her lucid understanding of Tagalog and Filipino identity, she says, “I thought myself less articulate in the Philippines, not only in the language, but somehow in my being… During my years in the Philippines, I felt American” (17). She tells Inchoy, in reference to her aunts, “Although they are family, and I love them, I come from a different world” (94). Tita Rose tells Ting a story in which a ghost serves as a witness in a murder trial, and Ting finds herself incapable of leaning into the story like her aunt. America doesn’t evoke a sense of belonging either: “Back in the United States, I felt alien… my husband would introduce me as American, my whiteness assumed. And I had gone along with it, managing a good impression, until ‘good’ became ‘effortless’” (17). Her fractured identity and the difficulty she has with belonging to one place or another have their roots in her complex ancestry: Ting’s grandfather, Benjamin Klein, an American, chose to stay in the country and marry a Filipino woman; reflecting on his decision, Ting says: “after shooting these people, he was now going to marry one. And make me a person who had stakes on both sides of the battle” (141).

The book that Ting works on — the ostensible motivation for her return to the Philippines —  looks at the human zoos: colonial forces dehumanizing individuals who are taken out of the country and paraded in the US for the western gaze. Passages from her book appear in the novel. We learn, for instance, that in 1905, the anthropologist Truman Hunt (1905) offered to “pay any willing Bontoc fifteen dollars a month in wages to travel to the United States and perform their most barbaric selves for a hungry American public… and the Bontoc had seen nothing like America and had never earned a wage. Why not go?” (85). We receive the description of an actual photo of the Bontoc as they are paraded in the US: they are “naked, huddled around a fire” even as “the white observers, lounging on the railing, are all bundled up” (85). One of the Bontoc men is pointing at the camera, returning the gaze of the colonizer. At her recent book launch, Murray notes that, when writing a novel that is informed by research, the page should, at a given point in time, have only as much information as the character can hold in her mind in one go. This craft tactic is in service of The Human Zoo that, owing to Ting’s struggle with writing the book, does not overwhelm readers — or interrupt their reading of Ting’s narrative — with too much information about the notorious practice alluded to in the title.

In the Philippines of today, as Ting finds out, it is not external influences like Hunt but rather the systems of power within the country, driven chiefly by a dictatorial leader, that dehumanize citizens of the country. The violence Ting sees includes “beheading, a church bombing, [and] journalists disappearing” because they are seen as “treasonous” for reporting against the government (198). She observes, “this [i]s how people were assassinated: a motorcycle with a gunman sitting on the back” (69). Chet, a former boyfriend who also belongs to a line of Spanish mestizos, continues to remain complex. He is now constantly accompanied by a bodyguard who goes by the moniker of Top Gun, and he begrudges the fact that “the police get a bounty on the dealers” (44). In the climactic act, without giving too much away, a disillusioned Inchoy attempts to assassinate Gumboc, and though Ting witnesses the scene, she will not be implicated because, as she observes, “I was now part of another story that would hold against the truth,” a story that Chet fabricates for her to facilitate her escape from the country (214).

In a recent interview with LitHub, Murray talks about the benefits of writing about history through fiction. It allows “what happened” to be told through the lens of humor and the personal and thus be humanized. In her words, such an enterprise “helps to express the quotidian bizarreness of living under a dictator.” The story of the political chaos in the Philippines is juxtaposed with Ting’s deeply personal encounters: her aunts’ belief that her dead uncle, Tito Inigo, has now reincarnated as a dog; there is a certain tenderness to the way Ting sees Chet: “I watched Chet pulling at the rope and the children leaping to grab the prizes. He was laughing and making jokes. He caught me looking and delivered a dazzling smile” (104). And it is this juxtaposition that amplifies the consequences of the dictatorship that play out a break-neck speed in the two concluding chapters even as it deepens the resonance of the intimate: indeed, one may not be able to go back to one’s former home, but the care and loyalty that family and friends that people that landscape has a way of reaching you even in — especially in — times of upheaval.

Ciabattari, Jane August, and Sabina Murray. “Sabina Murray on the Limits of Journalism and the Wondrous Possibilities of Fiction.” Literary Hub, 4 Aug. 2021, https://lithub.com/sabina-murray-on-the-limits-of-journalism-and-the-wondrous-possibilities-of-fiction/. 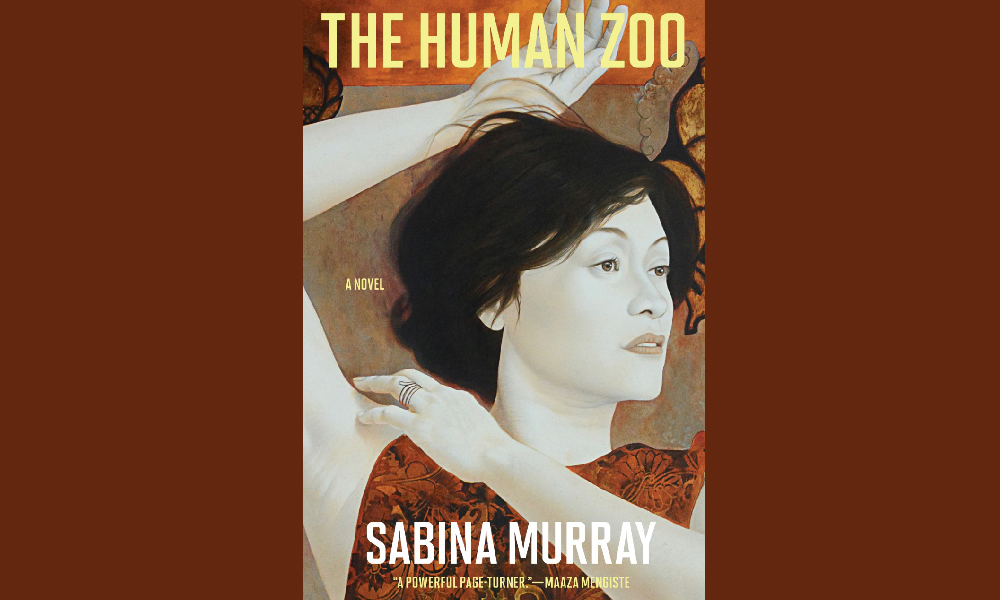