Last February, the LA rain rose the river so high that the water wove the trees with trash. I was only visiting then, I was seeing someone new and he obliged me with a walk along the partially deconcretized concrete channel. The brightness and the air made my face feel like it does after crying and the stranded garbage felt practically sanctified.

Nearly a year later, a joyous befuddlement of neon paracord rises above the scrubby riverside close to where we walked. Jesse Harrod’s Hatch is the newest public installation to grace the Bowtie — the slim, 18-acre parcel of land winding along the Glendale Narrows between Glassell Park and Atwater. The patch, known as Taylor Yard, was a major freight switching facility in operation from the 1920s to 1985. Since 2014, local non-profit Clockshop has partnered with California State Parks to bring art and life to the space as the Bowtie Project.

Suspended high above, on the lot’s defunct transmission tower, Hatch has crafty Seven Magic Mountains vibes. Neon can feel hard these days — too gram-grammar ready, too easy. But then the bright colors are also irreducible, just fun to see without argument. 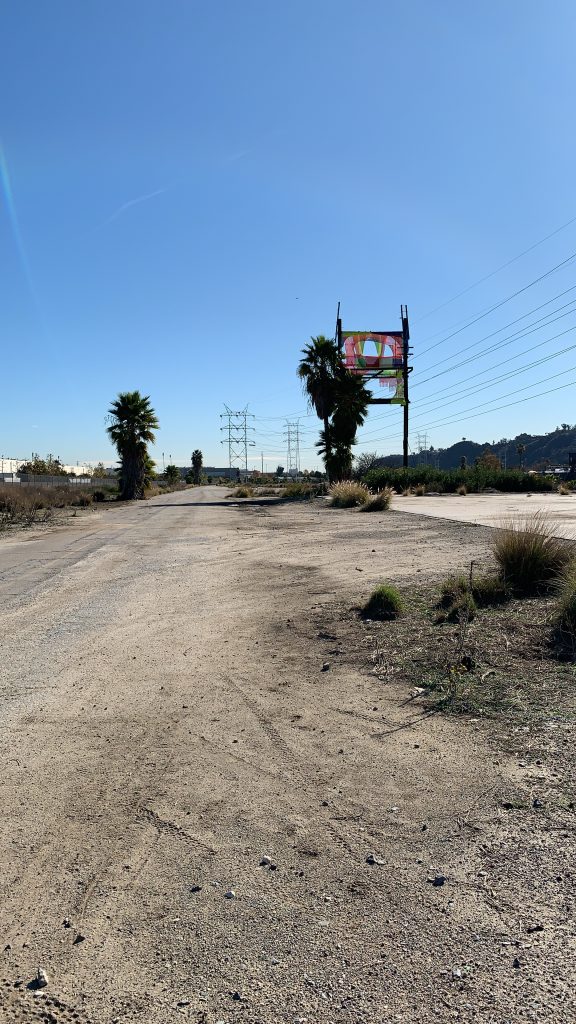 Far less tidy than, say, Stacks (up at the John Michael Kohler Arts Center until February 2), Hatch still showcases Harrod’s functional gravitation towards holes and loops — the language of macrame — and their theoretical preoccupations with queerness and the circles, mandorlas, and symmetry of sexual geometries. Hatch’s multiple openings are layered and messy, a quasi-billboard patchwork as permeable and haphazard as Los Angeles playing itself. And, no doubt, there is reinvention at work here: the fiber panels were formerly assembled in alternate configurations as Flagging 1, 2, 3 for the Socrates Sculpture Park in New York.

The exhibition statement beneath Harrod’s installation references paracord as “a material commonly used to mark a path on a trail or to make friendship bracelets” and says the work is meant to “encapsulate and honor the multiple realities and temporalities of the site,” without suggesting any at all. Maybe, then, it’s only an accident just how much the artist’s fiber net — the result of, among other things, a submission process and collective deliberation — mimics the detritus (much of it textiles) deposited temporarily and unceremoniously in treetops by rare torrential rains. Garbage for the river and art for the sky — we can hope the water never rises as high as Hatch’s perch.

I don’t remember if I thought about it then, but looking back at the photos I took on my phone I certainly wonder now: how much, if any, of the tree-caught debris had been someone’s shelter upstream, or their clothing? The Twin Peaks black-and-white diagonal print that I thought played so well for Instagram might have been a pillowcase or a skirt. Last October, local groups gathered at the Bowtie to inform the community about the proposed Casitas Lofts. A lone outspoken supporter of the development argued that LA has a housing crisis and therefore needs all the units it can get; Clockshop director, Julia Meltzer, told the LA Times that the lofts would have to be built over her dead body.

And while it can be a very uncomfortable luxury to be dazzled by trash, Hatch does high and low in the right space for it — in a city that gains a great deal of its economic and cultural subsistence from the constant friction between the two. Weaving and knotting are tasks of tension, and like last February’s indiscernible textiles, Hatch is a reminder that most anything can become a loom. 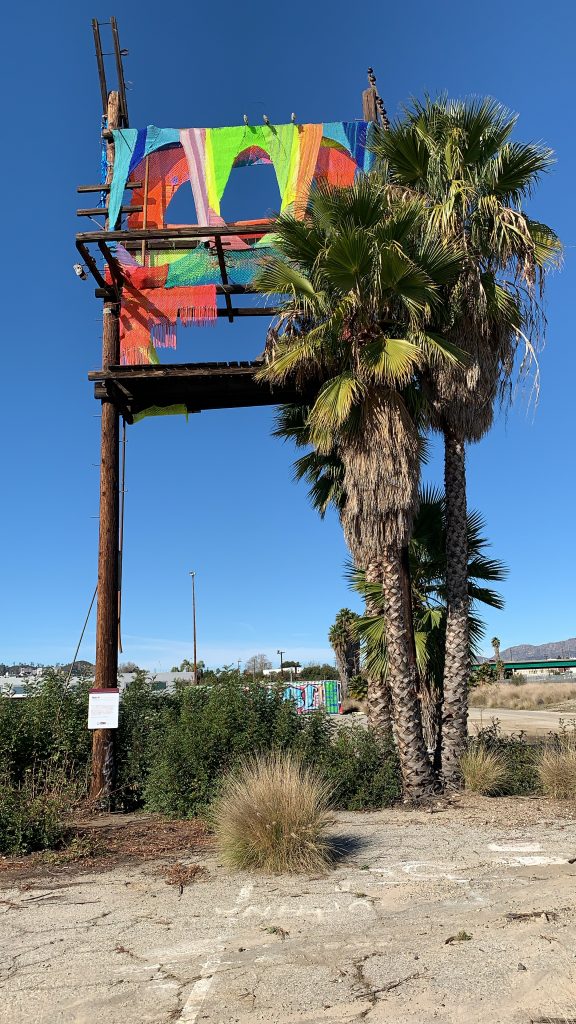 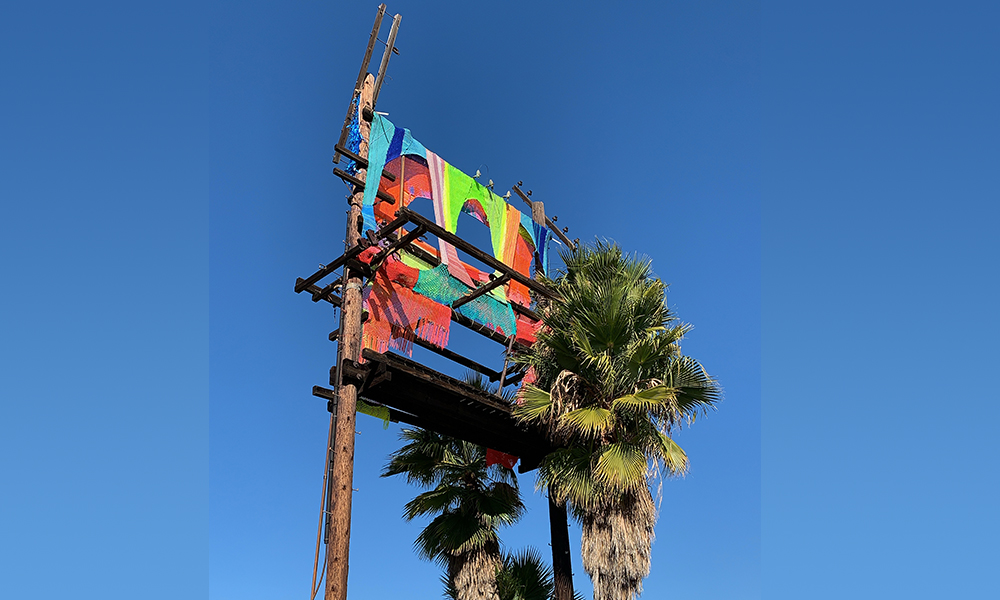