Minnesota is a perilous place for a hen. Subzero temperatures are lethal; the space heaters used in coops to fend off death can themselves be lethal. There are predators — raccoons, foxes, outdoor cats, bitter neighbors tired of the racket. The air itself might be poisonous, as trains carrying crude oil from North Dakota sometimes combust, turning cities and suburbs into toxic oil blast zones. But worst of all for the unnamed narrator of Jackie Polzin’s debut novel Brood (Doubleday) is the thought that she might be the biggest danger to her four backyard hens.

When her favorite hen Gam Gam mysteriously dies — the narrator brings the hen’s body to the vet for diagnostic testing, which reveals nothing — she learns from a man at the Farm and Fleet that the scratch she’d been feeding Gam Gam was the equivalent of Twinkies. The narrator cannot reconstruct why, years ago, she had chosen that particular brand of scratch, but it certainly wasn’t from lack of care; she practices a deep and self-sacrificing form of care toward her hens. The novel is, indeed, a portrait of this care. Yet, while the narrator understands that “there [is] no way of knowing the cause of Gam Gam’s death,” she feels that the Twinkies, and her choice of them, “cannot be overlooked.”

The narrator’s effort to understand Gam Gam’s death takes on additional resonance and symbolic value in the context of a different loss the narrator has recently suffered: the loss of a pregnancy at four months. Readers learn of the miscarriage in two spare paragraphs that appear a considerable way into the novel, after spending many pages learning the intricacies of raising chickens. References to the narrator’s pregnancy loss appear only a handful of times, and but in bringing the narrator’s miscarriage proximate to her meticulous effort to care for her hens, Polzin sets up the beguiling question of her novel: what is the relationship between the two?

It is, on the surface, a question about the narrator’s mind. What kind of grief is this, and what kind of grieving? In the literature of miscarriage, a central motif is the enormous gulf between the prevalence of miscarriage — about 20 percent of pregnancies end in loss, with women of color losing pregnancies at nearly double the rate of white women — and the space given to it in public discourse. Miscarriage has what the feminist anthropologist Linda Layne calls a “realness problem,” which derives from conflicting social messages about pregnancy. Layne describes the process whereby fetal personhood is constructed earlier and earlier, with eight-week heartbeat ultrasounds and weekly Instagram bump pictures. Pregnant people are encouraged, socially, to construct the pregnancy as a baby at the earliest stages, when loss is most common. When a pregnancy is lost, Layne writes, the “incipient personhood of the wished-for child is often revoked.” The cultural scripts that were so available during pregnancy are withdrawn; rituals of mourning fail to take their place. In this way, miscarriage is socially silenced. It becomes unspeakable.

The novel is nearly silent about the narrator’s loss, perhaps because the narrator herself does not talk much about her loss or her grief. Rather, she conducts her grief through the care of her chickens. There are terms for this in psychoanalysis: displacement, when a person shifts feelings about one thing onto another, or cathexis, when a person attaches emotional significance to an object and becomes, in turn, deeply invested in it. But because the hen project seems just a couple of steps adjacent to the processes of pregnancy and motherhood (to the narrator, in any case), the connection between them is more specific, and more aching. The chickens are, it seems, a way for the narrator to try again at keeping a much-loved being alive, and to test out what it takes to do so. Hence the narrator’s attention to her hens’ environment, the temperature, the toxins, the predators she fights off in the middle of the night. And hence her concern that, in not knowing what she doesn’t know, she herself might be a danger. It’s a project in perfecting the administration of care, as though doing so will make it impossible for them to be lost.

It’s a two-sided exercise, with a paradox built in. On the one side, the meticulous care of her chickens proves over and over again to the narrator that her love for them and her will for them to live abounds. It is primary, and primal, and it seems to confirm in the narrator a sense of herself as a good mother. On the other side, the hen project probes a question about fault for the lost pregnancy. The narrator cites her job (cleaning houses) and her age — in other words, her environment and her body — as possible causes of the miscarriage. In this, the narrator reflects the 41% of respondents to a national 2015 survey who said they felt as though they did something wrong to cause their miscarriage. So she sets out to control all aspects of her hens’ home, to subdue all possible threats, to correct against death.

These self-tests are set against the narrator’s relationships to other mothers in the novel, especially her own. The narrator’s mother is, as far as the narrator is concerned, the definition of maternal competence. She lives in a rural town two hours east of Minneapolis, where she raises goats, keeps pigeons, and communes with a three-legged cat, not to mention where she bore and raised her daughter. She is a former home economics teacher and is spectacularly frugal, having made a “solemn vow upon recent retirement to not buy anything she can make herself.” While the narrator does not delight in this lifestyle, it nonetheless stands for her as evidence for her mother’s superior qualifications to nurture life, unlike, she seems to feel, her own.

Having already lost two of her brood’s four hens — one, Miss Hennepin County, is killed by some unseen predator, and the exact cause of Gam Gam’s death is never determined — the narrator brings the remaining two, Gloria and Darkness, to her mother’s house. She is doing a practice run of the very real possibility that her mother will have to take them permanently, as the narrator’s husband is up for a university job that would require a move to California. She feels that her mother is “perfectly suited to look after the chickens.” But there, at her mother’s house, the fates take Darkness: “When we found Darkness there was not much left, a crown of tail feathers and the foot with one toe missing.” Even her mother’s trusted care, her proven goodness at mothering, cannot prevent the grim accident.

It is then that the narrator’s mother speaks the line toward which the novel has been tending. “It’s nobody’s fault,” she says. And she’s right. No amount of vigilance, no amount of control, no amount of care would have stopped the accident from coming. As the hens die one by one, it is this understanding toward which the novel points its narrator. This insight — that sometimes it’s nobody’s fault, that sometimes care and will and knowledge are not enough — is not the one the narrator has been seeking, but it is the most the hens can offer. All she can come to know is that it is not in the nature of care to be perfect enough to stave off death.

In the world of chicken-raising, when a hen takes to sitting on her eggs to warm them into chicks, she is said to have “gone broody.” When she does this for eggs that are not fertilized, farmers do what they call “breaking up the brood” — they separate her from the eggs that will never become chicks. If Brood is a novel about grief, we may not have to turn to psychoanalysis to understand the narrator’s. Perhaps the novel has supplied its own terms. Perhaps our narrator has gone broody, nesting upon her hens, hoping for them to be generative of — something — of metaphor, of meaning. Ultimately, they are, and they are not. The insight they yield — it’s nobody’s fault — is a truth both terrifically cruel and seeded with self-liberation. It is the least and the most she can know. In the end, the novel breaks up the brood, separating her from the project that has resolved all it ever could.

When the novel ends, all four hens have died, and the narrator’s husband has gotten the job in California. They’ve sold their house, and the last step is to clean the empty coop, which the husband does, bleaching it until all traces of the hens, even their smell, is removed. “This is not the way I would have done it,” says the narrator of the bleach. But it is a choice she can live with, because while the chickens are gone, and their sterile coop makes it look like they never lived there, she can still see their run, the stretch of grass their feet have worn to dirt. There is, finally, no realness problem — it is scratched in the grass — and almost nothing has been said, and almost nothing more needs to be. 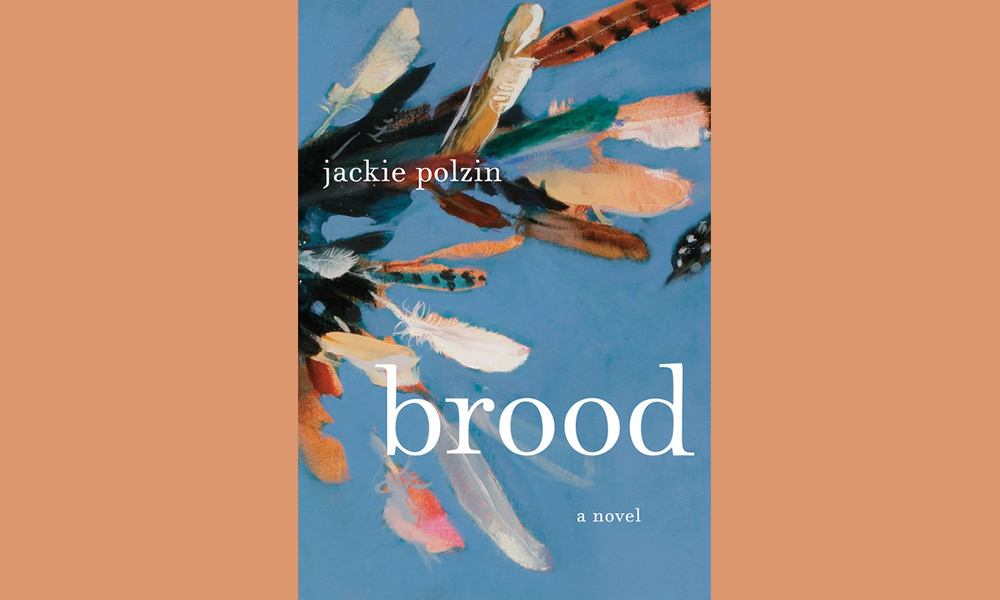