Lately I’ve been thinking about what it means to live in the Midwest, which is both a stupid and somehow unavoidable question for me to ask. Unavoidable because I’ve been listening to The Ophelias again (and always), a band whose music sounds to me like it had to be made here (which it was) and which then forces me to ask what I think I mean when I say so.

The Ophelias are a part of what seems a larger movement in indie rock characterized by an emphasis on feelings (big feelings, as I’ve called them), accompanied by a certain approach to sound that works to bring the listener into that interior space through layered, lush, deeply bittersweet harmonies informed by both alt rock and singer-songwriters of the 1990s. This movement is dominated by women, non-binary, trans, and otherwise queer musicians, and while the music’s significance is not reducible to this fact, it nevertheless is one of the factors that makes it sound the way that it does.

But if The Ophelias share a certain affect or orientation with other bands in this wave, their sound nevertheless remains compellingly inscrutable. Consider “Sacrificial Lamb,” which is Crocus’ most satisfyingly conventional rock song: even given its approachable, tuneful treatment, there are several elements that displace expectations. First is singer Spencer Peppet’s flat affect, which grounds our ears no matter what is happening with the instruments. Her delivery sounds a kind of dark clarity, a wide-eyed and unflinching dictation of what she sees inside of herself. In the Pitchfork review of Crocus, Hannah Jocelyn calls this music “subtly defiant” and I think that’s right; as a musician, playing intensely yet quietly is one of the most difficult things to do. Here I think that the contrast between Peppet’s poised detachment and the rollicking background instrumentals achieves the same effect, a kind of contained fire. It’s what I would consider a signature of the band’s sound, and I never tire of hearing it.

Second, the track is two minutes and seven seconds long, a perfectly discrete, tiny world. The Ophelias often build their songs (and by extension, records) from beautiful small parts that get put together in odd ways. Instead of following contemporary hitmakers’ insistence on the hook, The Ophelias might give us a line only to take it away again, never returning but giving way to something as yet unexpected.

Third, of course, is the violin, which adds a cinematic and soaring quality on top of the tune. What’s so interesting about having a violin player in a rock band is not only the palette of sounds it brings to the table but also the way it forces other instruments to behave so as not to drown it out or distort its tone. There’s a difference, in other words, between being able to hear the violin (technically) and being able to feel it (in your guts). The Ophelias have always had the kind of transparent sound — less distortion, more interlocking parts — that makes this arrangement work seamlessly. But developing that sound in the first place is something noteworthy indeed. Peppet, Andrea Gutmann Fuentes, Jo Shaffer, and Mic Adams came up with a different solution than The Raincoats did, but both bands felt their way to a unique sound in part because of the different possibilities opened by the violin.

On Crocus, whatever I hear as “signatures” of The Ophelias get elaborated and expanded. The early 2000s Sufjan Stevens/St. Vincent vibes one gleans in their fantastic 2018 album Almost return more fully here, this time expanded by instruments like the bassoon and a full string quartet. The folk wistfulness that makes me imagine morning fog also returns in many tracks, but perhaps none more than “Vapor,” which gives us a new (for this band) iteration of that sound via the banjo. Similarly, the piano’s central role in “Biblical Names” sounds both haunting and really fresh in the context of the album, invoking Tori Amos at 2:00 and demonstrating how the band can stretch.

I also think it’s important to address the role of place in their music — and not only in the sense that I hear the Midwest. Additionally, there’s also a sense of scene-setting that happens in both the lyrics and the music videos, where the discrete musical snapshots I referenced above get staged for the listener. This staging takes place both in quotidian and surreal spaces: “the tree by your house,” “my street,” “the subway,” “that staircase,” and “the smell of your kitchen on the day that you ended it” join more ethereal scenes “underwater,” or on “the big hill” “covered in moonlight.” Finally, there is indeed the “Midwest” itself, both as such and as referenced by “The Comet” (a Cincinnati bar) or “Wooster Pike” (a Cincinnati road). However brief, however fragmented, these lyrical snapshots do as much as the hazy settings and strange costumes in The Ophelias’ music videos to evoke a sense of place, both tethered to and distant from the real world. To me, the significance of this is that, while The Ophelias at first blush seem focused on exploring interior emotional worlds, they are just as much engaged in external world-building.

In the beginning of this essay, I mentioned that the most exciting and interesting music in indie rock is being made today by women and often queer musicians. This is critical, both aesthetically and politically. But at the same time, I want to resist the temptation to read the political significance of this music as strictly the consequence of who is making it. Beyond that crucial fact, the act of imagining a world that doesn’t exist but could becomes a political act in and of itself, regardless of the content of that world — what it looks, sounds, or feels like. This is the kind of political record that Gen-Z indie rock is already using to change contemporary music. From Snail Mail and Soccer Mommy to Perfume Genius and Anjimile, such recent, brilliant work eschews the overt political anthems of the riot grrrl movement, instead portraying a fuller depth of human emotional experience. In the case of Crocus, that humanity is constantly threaded through otherworldly sounds and images, implying that it’s impossible to fully understand our feelings without recourse to metaphor and world-building, a fantasy world that, in some measure, music helps make real.

If this music is about making new worlds, we might call those worlds it conjures “queer”: outside of mainstream heteronormativity and neoliberal pride, this music is about trying to understand oneself, about finding community and joy in a world that is fast collapsing. And if it is indeed easier to be queer in indie rock today, maybe that’s in part because this community-building is taking place out of a certain kind of sight. In a poptimist paradigm, mainstream popular culture is paying less attention to rock in general, except to use it as another tool or reference. In such a context, music on the fringes of mass attention retains the possibility for becoming a genuine subculture — a place to grow connections, to share sentiments and affects and visions for community to come.

In the time I’ve been thinking about it, the best answer I can come up with is that what it means to live in the Midwest is, for me, defined by loving where you are while also feeling on the periphery of something. In this way, there is something also queer about it, considered in the widest sense of the word, as a kind of spatial relation. This leaves me thinking too about the role that music plays, or can play, in teaching us how what can feel peripheral is also the center of something else — how turning away from what seems given also moves us toward other worlds, even if we have to make them ourselves. This teaching is not didactic but happens through feelings: it steers us to that center place by guiding through resonance, a tug on our sentiments that says, “this way now, come home.” 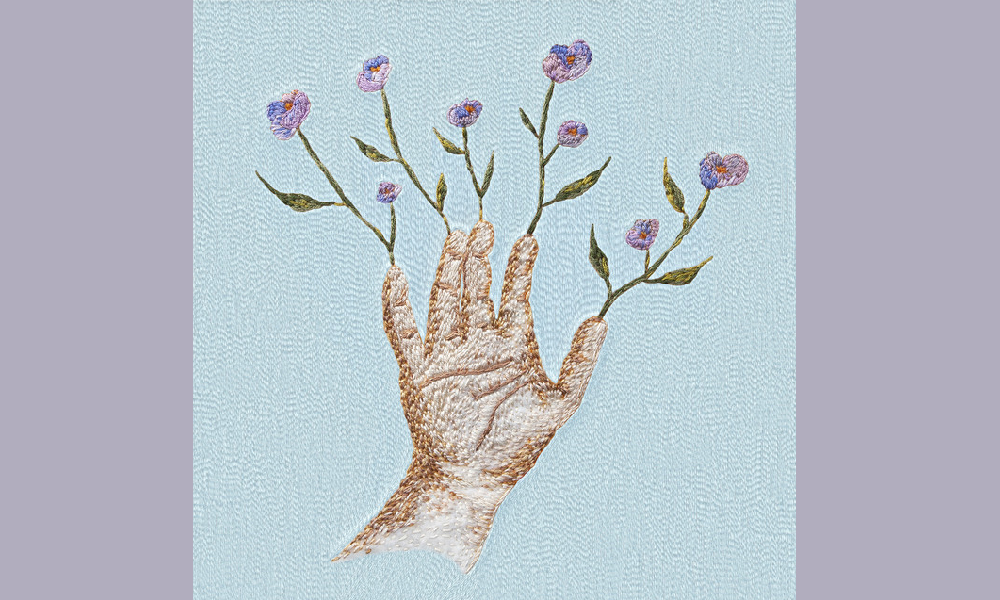