In keeping with JK Rowling’s promise to write five more books and produce five films, the second installment of the Fantastic Beasts: The Crimes of Grindelwald (David Yates, 2018) that followed Fantastic Beasts and Where to Find Them (2016), recently opened in theaters. Given the popularity of the series and the quantity of time we will be spending in the wizarding world, it’s worth the time to deepen our understanding of the underlying ideas of this fictional realm, both in print and on screen.

When looking at the movies and the 2001 novel of the same name beware, these stories are not really about beasts and monsters. They are all about non-magical beings called “Muggles,” or “No-Maj.” More precisely, the book and subsequent film offers an explanation to Harry’s fans of why the “extremist Wizards” who “campaign for the classification of Muggles as ‘beasts’” might actually have a point.

The novel is framed as a fictional textbook found in the first Harry Potter book, written by a wizard named Newt Scamander, who categories all manner of creatures both magical and non-magical. Within Scamander’s criteria, Muggles do not fit into the category of beings. Even though they can speak the “human tongue” just as well as some other creatures — such as trolls which obviously cannot claim to be “beings” because they are stupid, or such as Acromantulas and Manticores which are “incapable of overcoming their own brutal natures” — humans still do not qualify. The reason? A “being,” the Scamander explains, is “any creature that has sufficient intelligence to understand the laws of the magical community and to bear part of the responsibility in shaping those laws.”  As Fantastic Beasts — both the novel and the movies — make clear, Muggles cannot.

Muggles are characterized by their bad judgment, and their “imperfect understanding” of magic “is often more dangerous than ignorance,” which results in “almost comical inexactitude,” and makes them “hysterical” once they come in contact with the magical world. The decision about Muggles’ status in relation to other species rests with the wizards, who are elevated to the position of supreme judges. But humans, as “some other creatures” from Fantastic Beasts, remain “oblivious to the fact that their destiny was being decided.”

This portrayal of Muggles is consistent throughout the Harry Potter series. Unlike the witches or wizards of traditional fairy tales, who are related — for better or worse — to the world of humans, wizards in the Rowling’s world are preoccupied with concealing their existence from humans by modifying their memories. This is not presented as an ethically dubious act but as a matter of bureaucratic routine. A wizard’s goal is to prevent humans “from getting in the wizards’ way,” as Hagrid puts it early in Harry Potter and The Sorcerer’s Stone.

In Fantastic Beasts, memory charms alter Muggles’ sense of self. These “trained Obliviators” are reminiscent of George Orwell’s Ministry of Love from 1984. Along with deception and distortion of vision by means of a disillusionment charm, wizards also use “Muggle-Repelling Charms” treating humans as deer, rabbits, or squirrels.

The Harry Potter series exerts considerable effort to make its reader despise Muggles. The first Muggles we meet in the Harry Potter story are his relatives, the Dursleys, who are described as contemptible, obnoxious people. Their portrayals walk a fine line between something that a school bully might say and the kind of hate speech in which people are compared to “filthy animals.” Crucially, the Dursleys are hardly exceptional: humans in general are represented in this series as disgusting, vile, and inferior creatures yet capable of inflicting great harm.

In the Harry Potter’s universe, Muggles are not simply a nasty annoyance. The word “Muggle” is explained early in the series: it is the supreme insult to call a wizard or witch a “Mud-blood,” a slur indicating non-wizard ancestry, and the word “mud” substitutes for “human” (“human-blood”). In one scene, a portrait of Walburga Black screams: “MUDBLOODS! SCUM! CREATURES OF DIRT!” unequivocally explaining the etymology of “Muggles” from “mud” or “dirt.” And this denigrating word for people corresponds to people’s place in the series’ hierarchy of beings. Muggles are on a par with other inferior creatures such as the elves, who are employed as house serfs. The books are saturated with a scornful disdain for the human race and humanity:

Harry looked more closely and realized that what he had thought were decoratively carved thrones were actually mounds of carved humans: hundreds and hundreds of naked bodies, men, women, and children, all with rather stupid, ugly faces, twisted and pressed together to support the weight of the handsomely robed wizards. “Muggles,” whispered Hermione. “In their rightful place. Come on, let’s get going.”

The series presents human beings as inferior both mentally and aesthetically to wizards — the nonhuman protagonists — who capture the full attention of the writer and her reader. The main reason for detesting humans is their innate incompetence in magic. The series does not give any other reasons for this attitude — only in the novel Fantastic Beasts do we get a passing mention of the war that despicable humanity has waged against wizards. In the movie, this rationalization develops into an important theme, which gives the viewers yet another reason to despise No-Maj, who are characterized as “the most vicious species on the planet,” even compared to the Scamander’s gentle monsters.

The distinction between humans and nonhumans is purely biological or, one might say, racial: magical powers are innate and cannot be acquired through training or by the force of will. In the movies, humans are shown as either unfriendly and agressive, or ignorant. The only human hero with whom the viewer may sympathize is Jacob Kowalski, a simpleton baker, a comic character bordering on grotesque, who is ridiculed at every step : “sad clown,” as one reviewer aptly called him. Despite that Scamander the wizard is patronizing him and even calls him a friend, he is obliviated with the rest of humans in the first movie. In the second, he is shown being fed and dressed by wizards as though he were a baby, and although he is rather well-intended and even touching, in no way can he influence the destiny of the world that is decided by the omni-powerful nonhumans — wizards and witches. A buffoon bystander, he can only watch the magical battles with his mouth wide open. Clearly, he fits in the Scamander’s suitcase with the other beasts.

The Harry Potter franchise, including the latest installments, belongs to a powerful cultural trend that I conceptualize Gothic Aesthetic in which the imitation of nightmare — a prominent feature of the Harry Potter story — determines the framework of the narrative. In novels and films influenced by this trend, nonhuman monsters — wizards, vampires, zombies, and the like — are main characters or first-person narrators with whom the audience is expected to identify. A mentally disturbed child, either Harry Potter or Credence Bareborn, combines the features of a maniac serial killer and a vampire, becoming the criminal and the ultimate victim in the story. His murder is the culmination of the narrative, both in the series and in the first Fantastic Beasts movie: until the second installment, we have good grounds to believe that he did not survive.

The denial of human exceptionalism is a fundamental feature of these monster-centered narratives. This prompts the normalization and idealization of monsters and opens the way to the denigration of humanity and human beings in contemporary popular culture.

Muggles or No-Maj are an inferior species compared to wizards to the same extent as people are inferior to vampires in the vampire sagas. Paradoxically, even the critics who discuss slavery, racism, and inequality of species in the Harry Potter books (Claudia Fenske in Muggles, Monsters and Magicians: A Literary Analysis of the Harry Potter Series, and Peter Dentle in Monsters, Creatures, and Pets in Hogwarts), have consistently overlooked antihumanism as a structural aspect of the franchise.

Death remains the most important theme of Fantastic Beasts, much as it was in the Harry Potter series and as Rowling has emphasized herself on several occasions. An avid awaiting of the apocalypse, which looms large in the second installment of Fantastic Beasts, can be seen as an expression of the fascination with death of humanity.

The Harry Potter franchise’s enormous success may indeed rest in part on its articulation of a deep scorn for humanity and the denigration of humans. But this is not a psychological reaction of millions of fans that could be explained away by masochism, sadism, or suppressed desires. It is a cultural trend that offers antihumanism as a popular commodity. We would do well to read the books and view the movies with a critical eye on what is being suggested about the value of human life. 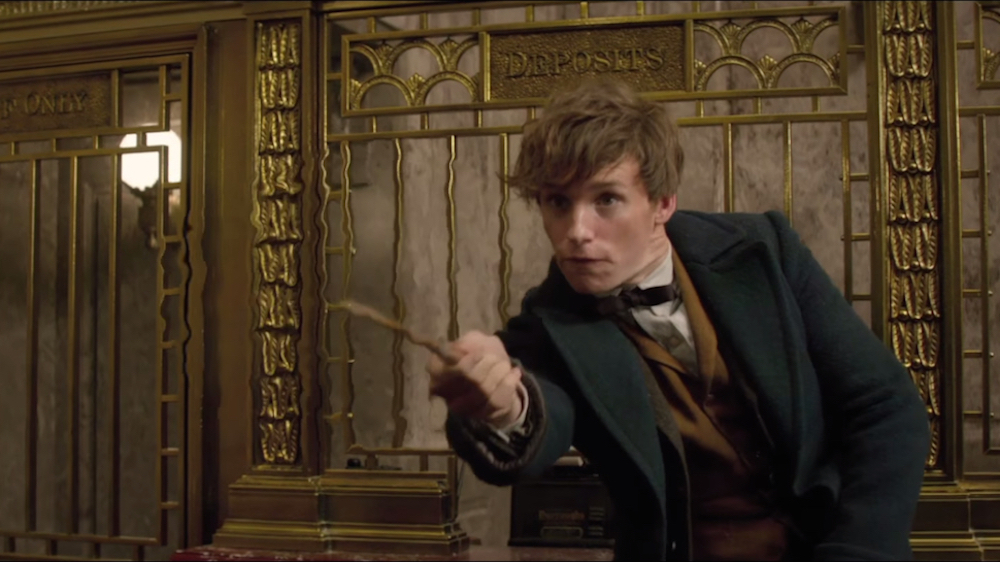