My husband and I met at work, and for two years we kept our relationship a secret in the office. When we tell people that, they imagine it as exciting and sexy: sneaking around for in-office trysts. But in truth, hiding our relationship was stressful and annoying. We lied to our colleagues, stood in awkward silence in the elevator, locked down our Facebook privacy settings, and entreated friends and family to never post a photo of us together. But when people listen to the story, our lives become most interesting as a Secret Office Romance, less so as just our lives. The reality isn’t always the best story.

The difference between love and love story is the basis for Mandy Len Catron’s essay collection, How to Fall in Love with Anyone. The book is inspired by her Modern Love column, “To Fall in Love with Anyone, Do This,” one of the most-read New York Times pieces of 2015, about a psychological study designed to create romantic love in a laboratory, and how she tried it with an acquaintance. The book, however, is much more complex than the essay, a beautifully written and well-researched cultural criticism as well as an honest memoir. It’s about the dangers of love stories, the nature of storytelling itself, and the realities and fictions of real-life love. From Sixteen Candles to Rent, and from her small Appalachian hometown to her current life in Vancouver, Catron analyzes our cultural stories as well as her own. (She also diligently recognizes that most of these narratives are comprised of white, straight, cis-gendered characters, and don’t account for a vast number of people and relationships.) And she analyzes how we think of love — from The One to the meet-cute to the classic scripts we perform to the breakup, as constructed by the stories we tell.

Growing up, the most romantic story she knew was that of her parents, who met in a small Appalachian town as a high school cheerleader and a high school football coach and married at 20 and 25 respectively, in a joint ceremony with her sister and his best friend. (Retelling this story as an adult, she starts to question the timing and power dynamics of such a pairing.) “Their relationship was, I’d always believed, a deeply moral one, marked by great kindness and generosity and self-sacrifice. Not only did they have a good story, they were also fundamentally good people. They were the kind of people who stayed married the kind of people whose lives were suffused with happiness — because they deserved it.” Except Catron’s parents divorced after 26 years, and she learned that goodness and deservingness don’t have anything to do with it. Being in a relationship isn’t a reward for the best people, and love doesn’t automatically make someone moral or good. And just because a relationship ends doesn’t mean it failed.

Catron has always loved Pretty Woman, and re-watching it as an adult, she’s surprised to realize that she still does. It’s a delightful, self-aware Cinderella story and the chemistry between Julia Roberts’ Vivian and Richard Gere’s Edward is legitimate. (Also: nostalgia.) But, like loving anyone or anything, loving Pretty Woman is complicated. The May-December romance of the characters seems a little creepy now, Vivian lacks ambition, and the film is obsessed with money. But more importantly, Pretty Woman — and many other romantic comedies — seems to say something about how a woman should behave (Vivian is a prostitute with a heart of gold) in order to deserve true love. “Watching Pretty Woman doesn’t make girls into sex workers,” Catron writes, “but watching ten or twenty or fifty movies in which being loved is the thing that ultimately confirms a woman’s value does have a cumulative effect. At least it did for me. All my life I’d believed that being good would make me desirable. It took me a long time to realize that goodness and desirability didn’t have a 1:1 correlation.” Catron doesn’t offer any easy answers. “I don’t know how to reconcile the part of myself that is charmed by the impossible optimism of Pretty Woman with the part that is wary of the implications of romantic meritocracy.”

That’s the problem, and the crux of Catron’s years of research: love stories are problematic, setting up unreasonable expectations about the importance of acquiring love, and how to go about it. “If I believed that some kinds of love stories were dangerous — particularly stories that ignored the hard parts — then I shouldn’t go around telling them.” And yet, neither she, or I, or anyone can shake the impulse. We create our own stories because it’s expected, because it’s the way we recount our lives. We tell them to ourselves, we tell them to others, we tell them at weddings and to our kids and, eventually, at funerals. But in the act of telling, the stories become both more and less real.

Each of Catron’s essays are backed up by psychology, history, and science on the nature of relationships. Through her research, she explains that dating as we know it is new, as is marriage. That our culture’s obsession with partnership isn’t ingrained, but a recent convention. “The historian Stephanie Coontz points out that marriage has only relatively recently become so inextricably connected with love. For most of human history, the institution was used to manage resources, unite families, and amass wealth; few would consider making a social or political alliance based on something as precarious as romantic love.” And so we’re left wondering, what’s the big deal? How important is love anyway?

Catron is at her best when she’s telling her own story: discovering how to be a partner, how her own relationships work or don’t, and what all of this research means to her. It’s through Catron the person — the daughter and the girlfriend, not just the researcher and writer — that the power of love and its narrative is truly felt. Even while she (and we) recognize the problems with love and love stories in our culture — true love is mundane, marriage is socioeconomic, love stories aren’t real — their influence is impossible to ignore. She describes a lonely childhood, and the common adolescent feeling of wanting to belong, of wanting to be chosen. When she eventually is chosen by her college boyfriend (with whom she will stay for 10 years), she then has to figure out what it means to be a girlfriend, as if she’s playing that character. Then, after breaking up with that partner at 30, she has to rediscover who she is. “I needed to understand my own worth and anticipate my own needs. I was surprised to find this took practice. Did I actually like eggs with runny yolks? Did I like listening to bluegrass? Could I become the kind of woman who wore heels?” Her musings on being good enough, on deserving love, and realizing the importance of functioning without it, are a recognizable punch to the gut. Even as she critiques rom-coms and researches the biological bases for love, she still recognizes its power. We can’t extricate ourselves from it, even if it is painful and problematic, even if it is untrue and unhelpful.

The irony is that her Modern Love piece, itself an uncomplicated love story, is what made her a well-known writer and gave rise to this book. She recognizes this in the introduction: “My Modern Love column had become an oversimplified romantic fable suggesting there was an ideal way to experience love. It made love seem predictable, like a script you could follow.” The rest of the book rejects this notion, and while it includes the original New York Times piece, Catron precedes it with a much longer and more nuanced essay about life before and after that date. “No love story is a short story,” she writes. “And ours didn’t end at ‘We fell in love.’ It was strange to see my own story become the kind of myth I didn’t believe in.”

And yet, the book functions as a love story in itself. It begins as she’s ending a relationship, then she comes to terms with being single, and considers the history and nature of love. Throughout, I wonder if it will work out for Catron, all while learning that the very notion of “working out” is a fallacy. I hope, despite myself, that she’ll find someone, and eventually she does. It’s not necessarily Happy Ever After, but the end credits roll. And there’s nothing wrong with that. But there’s also nothing inherently right about it. 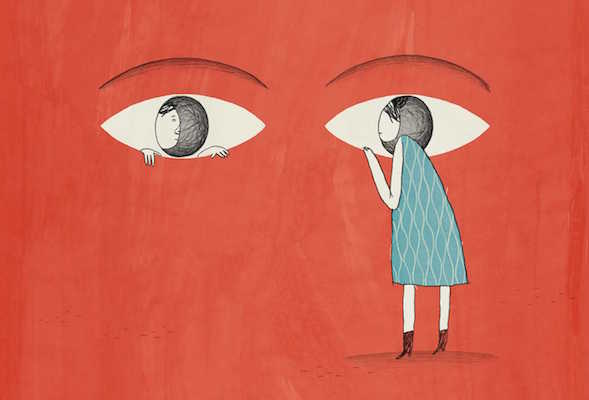