Midway through March 2020, in an attempt to drown out the noise of live news feeds, I texted my friend Theresa asking for “any book recommendations for incredible, sweeping stories.” Her response was:

I feel like I don’t have anything that comes to mind as a recommendation for a grand sweeping story!

oh!! Wow as soon as I spoke, I have to take it back

It’s a series of short stories, but the last one (the title story) is amazing — short but sweeping

Early during COVID, everyone was searching for escapism, and I was searching very specifically for the kind of book that makes you physically miss the characters when it ends. Unaccustomed Earth (2008) — and nearly all Lahiri’s writing I’ve consumed since — does this in the subtlest of ways. Her writing is saturated with life, her characters trapped under an all-seeing microscope. In plain, quotidian interactions, she cushions solar systems of struggling selves, pulled in all directions by satellite families and countries left behind.  To net together untethered individuals from the embryonic stages of a relationship, Lahiri moves between minds in the third person, reaching out from nondescript, homely settings across time and space.

The result is surprisingly grounding. Objects — a camera, a coat, a ring — act as purveyors of memory, psychoanalysts of character, stopovers covered with the fingerprints of others. In one story, a character returns to Boston from England, “a diamond ring from Roger concealed on a chain beneath her sweater, and this made her feel dipped in a protective coating from her family.” In another story, sipping tea, a character’s lipstick leaves “a smiling pink stain on the inside rim of the cup.” In The Interpreter of Maladies (1999), a whole paragraph is spent describing Mr. Pirzada’s coat: “made of finely checkered gray-and-blue wool, with a striped lining and horn buttons, and carried in its weave the faint smell of limes. … On certain days a birch or maple leaf was tucked into a pocket.” Lahiri’s settings are covered with a film that, once disturbed, records characters’ touch and responds by triggering memories of other homes. Confined to the same space for three weeks, which turned into 11, which turned into several months of the past year, objects have taken on more importance. It was soothing to hold a book that says the way we use our belongings, what we choose to keep, what we forget, is telling of something immaterial.

It seems important to start a review of Lahiri’s most recent novel — Whereabouts (Dove mi trovo), published in the US on April 27, 2021 — with a sense of her English fiction. Written in Italian and translated by the author, Whereabouts is notable for what it is not. If in the first lockdowns, Lahiri’s writing was a consolation, now it is a bleak mirror. Comprising short chapters set in discrete locations (“on the couch”, “at the beautician”, “at the cash register”) around an unnamed Italian city, the novel describes disjointed experiences of an Italian woman, alone by both happenstance and choice. In a year of so much solitude, the narrator is easily recognisable as an expert of isolation. “Solitude demands a precise amount of time,” she says, “It’s like the money in your wallet: you have to know how much time you need to kill, how much to spend before dinner, what’s left over before going to bed.”

Born in London to Bengali parents, Lahiri moved to the United States at age three. Her debut short story collection, The Interpreter of Maladies, was published when she was in her early 30s. She went on to write three works of fiction — two novels and another short story collection — cultivating a genre of diasporic fiction. Her stories were populated with Bengali immigrants (or their children), usually in Cambridge, Massachusetts, and won her a litany of nominations and prizes, including a Pulitzer, National Book Award, and a Booker nomination.

Shortly after the publication of The Lowland in 2013, Lahiri effectively moved languages. A coincidental but lifelong love of Italian drew her out of New York for Rome, where she committed to reading and writing only in Italian. (By her own account, a transformative experience and a comfortable, content life.) The decision was perplexing to many, in part because of the lack of familial or historic connection with which to add to the narrative that was so often wrought around Lahiri. Her dedication to the language appeared random; a bolt of lightning (to take the Italian idiom for “love at first sight”), sparked on a holiday to Florence as a college student. Italy made early, subtle appearances in her work, a kind of layover between India and the United States: an empty destination where characters breathe as they are tugged between countries.

A couple of years into the experience, Lahiri charted her journey via In Other Words (2015, trans. 2016), written in Italian and translated by Ann Goldstein, who is most famous for her translations of Elena Ferrante’s Neapolitan novels. Lahiri’s motive for the text remained in flux between competing explanations, of which she herself seemed unsure. An immediate, auditory, sensual love with the language is apparent. Asked about the state of her marriage to Italian in 2016, she said it was “still a very passionate affair. There is always something transgressive about it.” To ask why of love is pointless; throughout  In Other Words, Lahiri is interested in the how.

But a love story would be boring to write. In the years since, subliminal motivations have been tested and suggested in reviews and interviews. Did growing up between Bengali and English leave Lahiri a kind of linguistic orphan, without a language clearly her own? Did her search for a third language consolidate or divide an identity needled in different directions? Lahiri entertained those conjectures. Bengali and English were “imposed” and “filtered” through the uncontrollable experience of childhood. To her, the unexpectedness of her Italian work was freeing: her readers in America expected her to return — both to New York and to the genre she had first occupied. That expectation was, to Lahiri, “a heavy burden, and takes away my appetite for writing. I would rather find another job.”

In 2018 she published Dove mi trovo in Italy, and this week her translation of the novel has been released in the United States. The novel is the first Lahiri has released in English for eight years, and the first in which she doubles back on herself, translating her own words. When writing In Other Words she resisted translation both for her sanity and to preserve the text. Returning to English was “disorientating, frustrating, also discouraging,” throwing into relief the relative limitations of her Italian. She wouldn’t be able to translate “without neutralizing its rough edges, without manipulating its character.”

Paradoxically, storytelling within the straightjacket of limited language frees her writing in other ways. The weakness that came from surrendering all fluency allowed Lahiri to abdicate from other stylistic habits. Writing in Italian was like “writing with [her] left hand,” like “floating in some kind of experimental dream.”

In that state of suspension hangs Whereabouts: there is no trace of her English fiction, the voice is entirely novel. And though her new approach to writing is unmapped, this destination is not totally unknown. Lahiri writes aimlessly but purposefully towards abstraction. After The Lowland in 2013, she felt “as though I’ve gotten to a point where I don’t really want to set a book in any real place ever again. So I may write about Italy, but refer to it much more obliquely. I don’t want to write another book set in real geographical space… I can’t do it anymore. I just can’t do it.”

How that abstraction is achieved in Whereabouts marks the clean break from Lahiri’s previous style. The novel may be set over the course of a year, but really all temporal context is absent. The physical world is something to be moved through but not engaged with; people are nameless and changeable. Transliterated, the titular “where I find myself” encapsulates the taste the book imparts: the narrator locates herself with near-complete passivity in a sequence of plotless experiences.

Lahiri’s early work extracts the abstract and threads it through a concrete world. Whereabouts takes the concrete and blurs it in impressionistic strokes. The unnamed narrator is most remote of all. To accompany her is to enter an insular world where she is both literally and figuratively alone: “Solitude: it’s become my trade.” The characters of her previous work are frequently lonely, but rarely alone. And Lahiri can write in third person and somehow make it feel more intimate than first. In this novel, the narrator speaks to us directly, but the result is more distancing. Even with the fictional audience, her solitude is protected.

Objects are no longer intermediaries, but the little meaningful company the protagonist has. Picking up pieces from a junk sale, “these new acquisitions entertain me, they keep me company.” In place of relationships, the narrator meets figures from her past in jarring, asynchronous interactions, or theorizes deep connections with strangers. A fellow museum visitor, a nail technician, swimmers at the pool: “In that container of clear water lacking life or current I see the same people with whom, for whatever reason, I feel a connection.”

The narrator’s mother is one of the few characters to appear more than once, albeit largely in the narrator’s mind — an imagined conversation, a foil of herself.  “If I tell my mother that I’m grateful to be on my own, to be in charge of my space and my time — this in spite of the silence, in spite of the lights I never switch off when I leave the house, along with the radio I always keep playing — she’d look at me, unconvinced. She’d say solitude was a lack and nothing more.”

Reading Whereabouts, I found myself wanting to retreat to Lahiri’s earlier work with selfish nostalgia. I missed the anchoring of unanchored individuals among the unremarkable debris of necessity and life. I wanted to believe a piece of candy, a ring, a book could be flush with importance just for being a link between people. The protagonist of Whereabouts represents not a different kind of life necessarily, but a different belief in it altogether. The novel could be written by another author entirely — a remarkable feat to observe, achieved via such a linguistic rupture. But though the shift is liberating for Lahiri, it comes at reader’s expense: what has been left behind, and why? 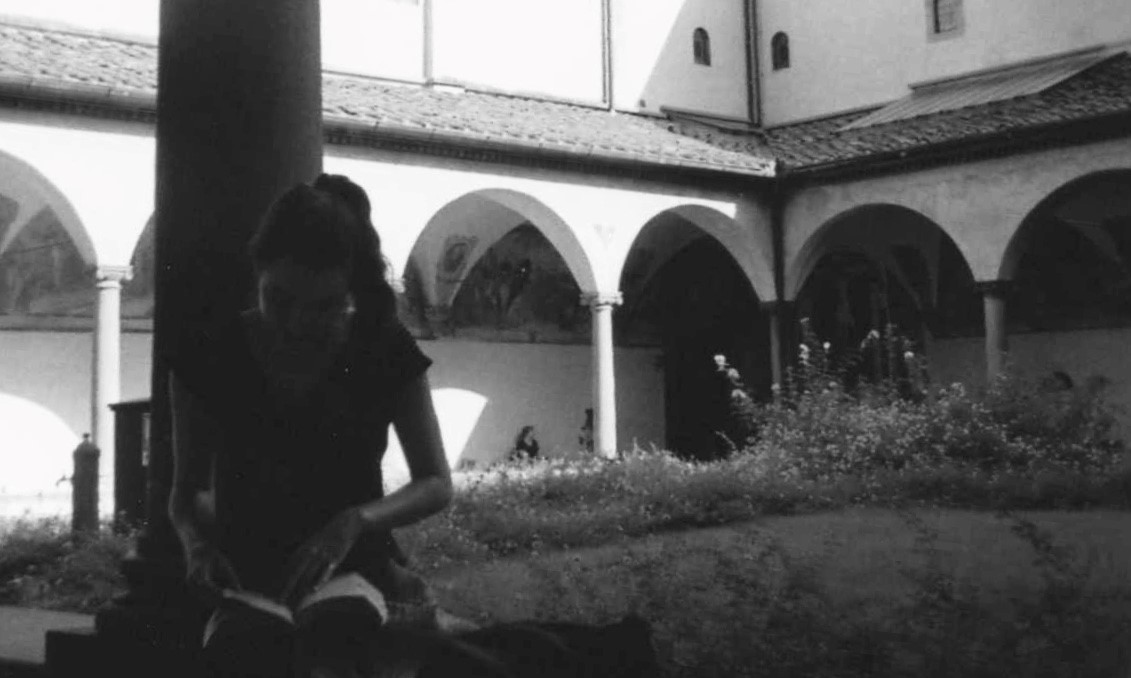