We’ve all heard adages such as “actions speak louder than words,” “you are what you eat,” and “don’t judge a book by its cover.” We might as well add another: “behind every good writer is a great copy editor,” which is always true. Benjamin Dreyer, copy chief of Random House, has issued his “Utterly Correct Guide to Clarity and Style,” affably titled Dreyer’s English. Dreyer’s thoughts and explanations are both helpful and witty. We could describe it as a 279-page version of Weird Al Yankovic’s “Word Crimes.” Dreyer’s English is The Elements of Style for the 21st century, but you can read this straight through for fun.

With his realistic expectations (“everyone mistypes things”) and the ability to connect to his readers (“we’re all of us writers”), Dreyer offers a useful handbook that should help all of us improve our writing and communication on many levels. Whether you are writing a book, crafting a press release, drafting an email, or thumb-typing a rushed Tweet from your phone, there is likely something you could improve on. Dreyer’s guide is not just a rulebook, though it has plenty of those. It also offers context for why certain things matter, such as why we need the Series comma — also referred to as the Oxford comma — because it clarifies lists. If you disagree, Dreyer will simply argue, “only godless savages eschew the series comma.”

Dreyer’s English is part memoir and part down-to-earth writer’s guide. “Everyone mistypes things,” Dreyer understands, which is reason enough to never refer to him as a Grammar Nazi. Speaking of German, one word that Dreyer brings up is deppenapostroph, or “idiot apostrophe,” as in a sign at my local gas station car wash that warns, “no dually’s.” Some mistakes are easy, others should never happen. Dreyer understands that nobody memorizes the English language so we shouldn’t feel bad looking up words to remind ourselves of definitions, uses, spellings, etc. In fact, Dreyer would encourage it (he would also delete “in fact” from this sentence).

One of Dreyer’s pet peeves is a crime regularly committed by scholars: scare quotes. Dreyer defines the additional punctuation as used when an author feels a word is too “slangy” to stand on its own. For Dreyer, if the word simplifies your point you should use it. “Avoid scare quotes,” advises the copy chief, “They’ll make you look snotty today and, 20 years on, snotty and comically obsolete.” While many scholars wouldn’t have a problem with being snotty (it’s a hazard of the job), I’m guessing most would likely prefer not to become comically obsolete.

While reading Dreyer’s English, I couldn’t help but think of how this book could apply to the culture of academic writing. In my primary research area of film and media history, the issue of readability has been a discussion for many years. This topic came up recently with a widely published senior colleague, who sardonically mused, “Only in academia would accessible prose be considered a liability.” Graduate students and tenure-track faculty are often pressured to increase jargon to make their work appear more serious and academic. Such an emphasis results on scholars feeling they have to write in clunky prose that overcomplicate narratives as a way to survive in higher education.

Back in 2004, University of Southern California historian Steven J. Ross wrote to the film studies field about the “crisis of readability in film history.” Ross is a decorated author who was recently a Pulitzer Prize finalist for Hitler in Los Angles. As a top scholar in his field, Ross was concerned about the impact of too much theory on historical projects. “Theory should not be used to flaunt our knowledge and show how clever we are,” he argued, “It is our obligation — indeed, our job — to translate complex ideas into comprehensible prose.” What is the purpose of scholarship that never moves beyond academia?  We should treat our scholarship like we do our classroom, as a platform to bring in a new audience our area of expertise.

Going further, Ross added, “It is not enough to write for a handful of scholars hip to the jargon that passes as analysis.” Many of us have seen the graduate student at conferences speaking in a manner they think will impress professors. Using lofty language to camouflage impostor syndrome is part of the graduate student identity. However, Ross argues, as professors “We are paid to think and communicate ideas to others: to our students, our colleagues, and our potential public audience.” Perhaps some academics may feel that using communal language to showcase their research will somehow undermine its importance. Ross’ recent books are perfect examples of top-notch scholarship presented in a digestible manner.

One could also look at the latest work from Brandeis professor Thomas Doherty and journalist Vanda Kreeft as good examples to follow. Doherty published Show Trial: Hollywood, HUAC, and the Birth of the Blacklist through Columbia University Press and Kreeft released The Man Who Made the Movies: The Meteoric Rise and Tragic Fall of William Fox through Harper. One might assume Doherty’s book is more scholarly (academic press) and Kreeft’s is more of a light read (mainstream press). One would be wrong, however, as each book is comprehensible and expertly researched. These books have been widely read, discussed, and positively reviewed — the best response to any work of scholarship.

As both Dreyer and Ross undoubtedly understand, clarity is an essential part of writing. Incorporating flashy or trendy prose will only overshadow the heart of one’s work. Why not cut through the fog and write exactly what you mean instead of making readers do mental gymnastics in order to get your point? As an author and junior faculty member, I want my work to be read beyond the academy. I am always working on my writing and looking for the most effective ways to communicate my research in the classroom and in print. Most of us in higher education have picked up a book with great interest only to put it down because the bloated prose style took all the life out of the subject.

Dreyer has unquestionably reviewed a wide range of works at Random House, as evidenced by his many colorful stories throughout his manuscript. Random House works with myriad genres in the non-fiction worlds of history, science, biography, and politics. There are many scholars working in these fields who could be presenting their research to a wider audience through mainstream presses. Of course, professors need to publish with academic peer-reviewed presses to achieve tenure. However, why not work to expand the reach of one’s research after tenure?

As readers of the Los Angeles Review of Books know, the world of writing should be viewed as an ongoing conversation. Dreyer argues, “You don’t finish writing a book. You stop writing it.” The semantics here are important because there is rarely, if ever, a final word on anything. Human knowledge is an ongoing discussion that should be embraced as such. Always be thinking about adding to the conversation you are engaged in, but remember there doesn’t necessarily need to be a final word. As Dreyer reminds us, “there’s no last word, only the next word.” 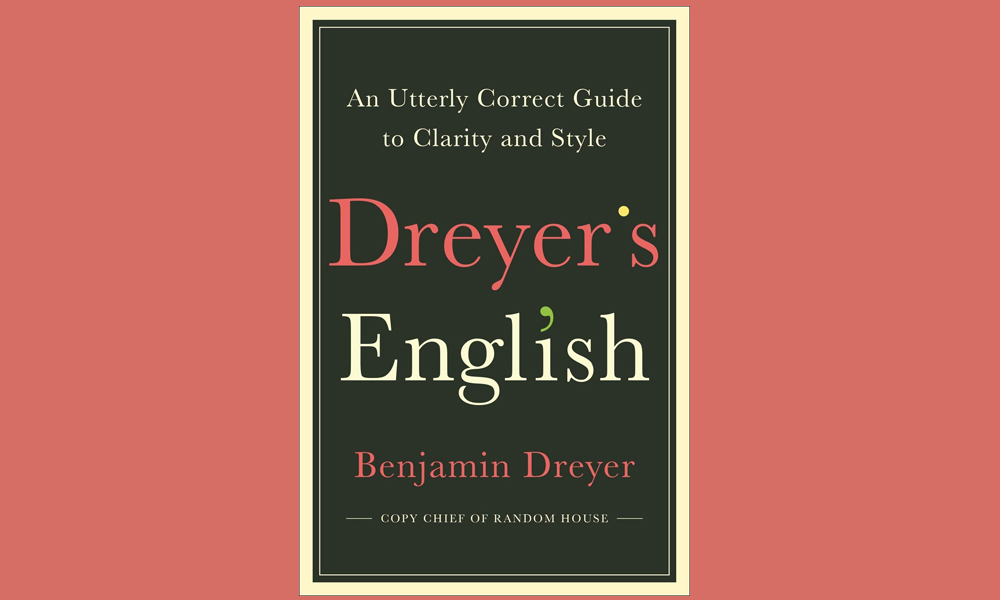