Ajahn Sumedho, the esteemed American-born teacher of the Thai Forest tradition of Theravada Buddhism, has spoken and written extensively about the sound of silence. He’s not talking about the sound of silence that Simon and Garfunkel sang about, nor is he referring to a silence of protest in the face of political injustice. And no, it’s not the silence referred to in Shusako Endo’s novel-turned-Scorsese-movie Silence either — that is, the silence of God in the face of prayer, a theme popular since the days of Solomon’s Temple. Sumedho is talking about something else. For him, that sound of silence is the ideal object of meditation. Once the mind is calm and quiet, it becomes clear that there is actually no such thing as silence. If you can hear the buzz of your own brain and the swish of your blood, you’re meditating well.

Norwegian explorer, publisher, and author Erling Kagge explores a related concept of silence in his book, Silence: In the Age of Noise. The book both contemplates the various forms of silence around and within us, and offers solutions for finding such silence amidst endless interruptions and opportunities for distraction. This challenge is nothing new, and people have struggled to find silence for millennia. Kagge references thinkers as far ranging as the Buddha, Plato, and Seneca, to Heidegger, Oliver Sacks, and Elon Musk. He quotes Bashō, Rumi, and William Blake, as well as Stendhal, John Cage (obviously), and Depeche Mode. With a sense of awe, Kagge wanders rather than narrates, moving intuitively between philosophy, science, and personal experience.

Like Sumedho, Kagge — who practices yoga and meditation — thinks that once we are calm, we can become aware of subtle yet always-present realities. Perhaps now more than ever, such a calm may seem hard to come by. But Kagge is not advocating for monasticism — he’s not someone who is willing to give himself completely to silence. For Kagge, silence has a simple purpose: being away from the mind-clutter of contemporary technology.

For decades, Kagge has devoted much of his time to getting away from it all. He was the first person to travel alone to the South Pole, walking  814 miles over 50 days. He has trekked to the North Pole and climbed Mount Everest. He has traversed Manhattan— and if that doesn’t sound like getting away, know that he did it underground, through the city’s labyrinthine sewer system. The dude has determination. And even when he’s working in his relatively noisy home city of Oslo, he’s determined to create a sphere of silence in his life.

This doesn’t mean the absence of noise, which is often impossible. For Kagge, it’s listening to familiar music to drown out city sounds or unplugging and putting away all devices to have dinner with his wife and three daughters. It’s also paying attention to the inner silence in moments when we’re surrounded by great noise. For instance, alongside an airport runway, or, for a world-class soccer player whose story Kagge relates, the silence after having just kicked a ball toward the goal — he can’t hear a single thing, even though the noise level of the stadium is deafening. “The silence that I am after is the silence within,” Kagge writes. And the pursuit of that silence is why he does all the seemingly crazy stuff he does. As Thomas Merton writes, “inner silence depends on a continual seeking, a continual crying in the night, a repeated bending over the abyss.”

A quarter-way through the slim book, Kagge references the often-quoted remark of Blaise Pascal that “All of humanity’s problems stem from man’s inability to sit quietly in a room alone.” He goes on to cite a joint study from the universities of Virginia and Harvard, in which scientists left individuals in a room for 15 minutes without music, reading and writing material, and their smartphones. The results are as telling as they are disturbing. Left to themselves, with only their own thoughts to occupy them, the participants reported that they were unable to concentrate, even though they were free of interruptions. Most experienced discomfort. So much so in fact, that in further experiments, participants preferred to subject themselves to a painful electrical shock rather than simply sit quietly. As someone who sits in silent meditation for two hours a day, this is difficult to believe. Are people really that incapable of being alone with themselves? If so, ubiquitous devotion to the pursuit of media noise becomes more understandable, as a symptom of sickness, though it unfortunately doesn’t appear less pathetic. Does such a study suggest that most of us are insane? “Yes,” Kagge writes, “I think we may be on our way to becoming stark raving lunatics.”

In this context, the importance of meditation as an exercise to strengthen the mind becomes all the more important. Ajhan Chah likens meditation to putting our minds in a cage; it is a commitment to sit on the cushion for a specific amount of time, to stop talking and reading, and to ignore the buzz of the phone and the ring of incoming emails. This temporary withdrawal from everything else in daily life is crucial to our sanity and happiness, and also to Kagge’s idea of silence. For him, “Silence is about rediscovering, through pausing, the things that bring us joy.”

This is easier said than done. Our noisy, mind-cluttering technology isn’t going anywhere, and people aren’t about to give it up, so what’s the point? For Kagge, the point is that “Silence in itself is rich. It is exclusive and luxurious. A key to unlock new ways of thinking.” He doesn’t regard silence “as a renunciation or something spiritual, but rather as a practical resource for living a richer life.” Now that’s an interesting take, if not a takedown — that true luxury is found in the absence of the very things our society considers luxurious. It’s always good to be reminded of ancient truths. And with Silence, Kagge provides a much-needed reminder. 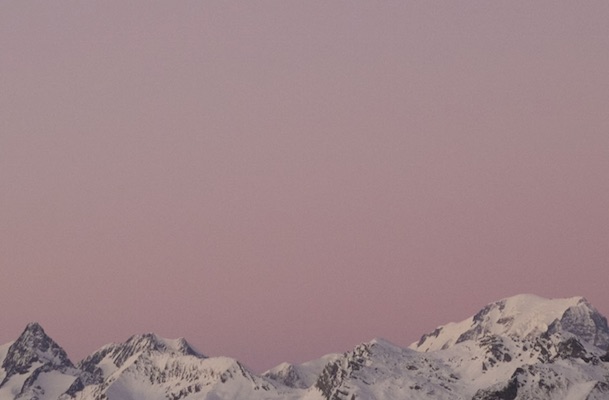