The internet has spoken: Sierra Burgess is a Loser failed to perform as the progressive teen movie many hoped it would be. There are transphobic remarks. There’s a non-consensual kiss. Characters pretend to be deaf and joke about schizophrenia. These obviously problematic moments are unimportant to the movie’s plot and should have been left out in favor of the important larger narrative. However, many critics were also disappointed by the movie’s central conflict and inevitable resolution.

The Netflix film is about none other than Sierra Burgess (Shannon Purser), a high school have-not who begins a texting courtship with sensitive jock, Jamey (Noah Centineo). Because of a prank, Jamey actually thinks he’s texting hot-girl cheerleader, Veronica (Kristine Froseth). We’ve seen it all before: nerdy girl lusts after hunky boy, an it-girl gets involved. The defining difference in Sierra Burgess is what categorizes her as “uncool.” It is not just her studious nature, her quirky glasses, her interest in marching band and debate, or even her allegedly bushy eye-brows. It’s simply the fact that she’s overweight.  Sierra panics about living up to Veronica’s looks, wonders if Jamey could love her for more than her presumed thin body, and tearfully explains to her parents, “Do you have any idea what it’s like to be a teenage girl and to look like this? Of course not, because you’re tiny. Your tiny and you’re beautiful and you’ve always been beautiful. And this is what you stuck me with.” In the movie’s concluding title song, written and performed by Sierra, she points out that she is not like the “girls the boys are chasing” with their “perfect bodies, perfect faces.”

It was this facet of the movie that excited audiences. The leading lady of a teen rom-com was going to defy convention, be “big,” and get the guy. My size 12 jeans and I were ready for the win, and in this very simple way, the movie delivered.

But many viewers were unfulfilled by the delivery. Sierra, as a leading lady, is portrayed as a deeply flawed person. She catfishes Jamey, betrays Veronica, and above all, doesn’t accept herself as beautiful just the way she is. Rather, the film’s conclusion purports that Sierra is beautiful despite her weight. (Jamey, too, seems to hold this belief.) Critics and audiences have largely agreed that Sierra’s lapsed judgment — the catfishing and the backstabbing — are reasons to dislike her and therefore, not root for her.

These critiques are based upon the assumption that Sierra should be a role model to girls and women like her. It’s an inevitable expectation, since there are so few overweight female figures in pop culture to look up to. Critics want Sierra to be a young Ashley Graham, to be like all those beautifully curvy Instagram models who give off a sexy, strong sense of self in hopes of inspiring other girls and women to just forget the haters and love themselves. But Sierra is not a model gracing magazine covers and garnering hundreds and thousands of likes on a bikini picture. She’s an intellectual teenage girl trying to find herself in a society that, despite all its recent efforts, still clearly favors a slim female body.

Sky Friedlander’s Buzzfeed News article, “‘Sierra Burgess Is A Loser’ Won’t Let A Fat Girl Be Loved On Her Own Terms,” most accurately and eloquently summed up why audiences were disappointed with the film. She described it as a “warped film that dislikes its own star” and argued that while the couple does get a happy ending, it’s undermined by Sierra’s insecurity and how she views her body as an obstacle to being loved.

The problem with stories about fat characters, especially girls, is that you can toot the “she’s a confident, beautiful character” horn all day long (as this film does in the first few scenes), but at the end of the day, most people, even well-meaning, nice, “woke” people, think that being fat is an innate character flaw. This is reflected in the stories we are told about fat people. That is how we end up with a movie that betrays its main character by making her into the villain. The movie implies that deep down Sierra may not deserve love.

While Friedlander argues that Sierra’s body should not be treated as a problem or something to overcome, she ignores the movie’s core narrative: it is a story of a girl who believes her own body to be a character flaw. Yes, Sierra is smart and funny and knows it. She confidently shuts down the mean girls, excels in her classes, and considers herself a “beautiful beast” most mornings. Friedlander assumes that this shining confidence we see in the beginning of the film should translate into Sierra’s relationship with Jamey; that because she believes in her own wit and intellect, Sierra should easily believe a guy like Jamey would find her desirable. But if that was how female confidence and self-esteem worked, the movie would have ended after the first 10 minutes — after Jamey’s first text, Sierra would have just replied back with a simple, “Lol, no, I’m not Veronica. I’m Sierra.”

Sierra Burgess is compelling because it illustrates a fat girl’s fear of rejection and the complex nature of self-acceptance. On the surface, Sierra radiates confidence, but as the movie’s plot is set into motion, we realize that Sierra’s confidence doesn’t fully extend to her appearance. She catfishes Jamey because she is deeply afraid that all these cultural norms will turn out to be true — that her body will be a deal breaker; that if only she was thin, there’d be no question that Jamey liked her. This concern eats away at Sierra throughout the entire film and is most transparent when she calls Jamey late at night after a party. She drunkenly lays on her bed and tells him: “I really, really like you. Because you’re so good. You’re so good…Do you think you could like me?” Her voice starts to break, “Like, really like me, like not for my looks?”

It is precisely Sierra’s insecurity that propelled the movie forward, and made it true to the experience of plus-size teenage life. She betrays Veronica in such a brazenly cruel way because she believed her deepest fears were confirmed after spotting Jamey kiss the thin, it-girl cheerleader. Many critics read her insecurity as an indictment of big bodies, and argued that Sierra should have been depicted as unapologetically proud of her body. That character would have rung hollow. Most women, especially young women, and perhaps especially young women who don’t fit into traditional standards of beauty, are in an ongoing battle with their bodies and their self-image. Sierra is a girl in the middle of this struggle, unsure of her worth and scared of not fitting an ideal. It’s sad, destructive, and unhealthy, but it’s exactly how so many of us have felt, countless times in our lives. We should all love and celebrate our bodies, but for a lot of us, it doesn’t come easy or naturally. We have to wade through a mental maelstrom of self-doubt and self-hate.

In her 2017 memoir, Hunger, Roxane Gay discusses the distraught relationship she has with her body and beautifully illustrates the universal insecurity found in Sierra Burgess:

Gay, a brilliant, successful woman, shows us her deepest, most personal insecurities. She knows intellectually that the way she feels about her body is clouded by society’s constructed rules. Just like Sierra, Gay is confident in other aspects of her life but still can’t free herself from that inkling of insecurity that says her body is a problem, that says it makes her unworthy.

But, I also like myself, my personality, my weirdness, my sense of humor, my wild and romantic streak, how I love, how I write, my kindness and my mean streak. It is only now, in my forties, that I am able to admit that I like myself, even though I am nagged by this suspicion that I shouldn’t…I don’t want to change who I am. I want to change how I look. On my better days, when I feel up to the fight, I want to change how this world responds to how I look because intellectually I know my body is not the real problem. On bad days, though, I forget how to separate my personality, the heart of who I am, from my body. I forget how to shield myself from the cruelties of the world.

Sierra Burgess is not every plus-size woman’s ideal heroine. She is wracked with an insecurity that lends itself to a wild film premise and leads to rash decisions and regrettable mistakes. We can’t look to Sierra as an aspirational figure, someone to whose level of confidence and self-love we should aspire. But her character is a vulnerable one, and one that any woman who was once young and insecure can relate to. By liking Jamey, Sierra opens herself up to judgement and rejection. She is smitten and excited, scared and conflicted and does the best she can to wade through these feelings. Critics wish she had done better, come out more fiercely confident, eschewed the validation of the boy, and loved herself unconditionally. But Sierra is still learning, and as many of us know, it’s a hard lesson. 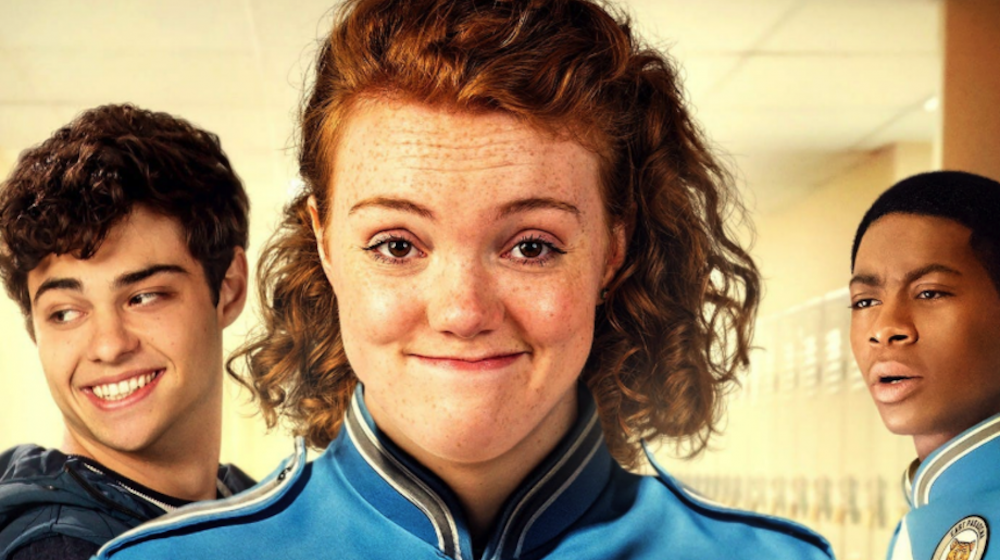