When I wrote about the premiere of Star Trek: Picard in January, I tossed in an aside to our “grim political moment,” in an essay largely about the pitfalls of nostalgia. It is arrogant to presume to trace the contours of future nostalgia while the catastrophe that will spur it is still in motion: suffice to say that ten weeks after the show’s premiere the pandemic has the feel of a dividing line of history that will one day be yoked to a cultural nostalgia for the pre-pandemic era.

Unfortunately, Picard produced a largely forgettable first season. The show’s structure could neither pull off the episodic, “big bad of the week” that made the Buffys and The Next Generations of nineties television work, nor the tightly interlocked, multiple storylines told in hour-long “chapters” that have made The Expanse one of the best new sci-fi shows on the air. Among many strange choices, the show elected to run a multi-episode honeypot-spy meets sibling-incest plotline, where Romulan sibling-spies all but kissed onscreen. Star Trek, needless to say, is best off when staying as far away as possible from Game of Thrones.

Still, the show regained its legacy of big-hearted optimism in a finale that seemed to settle the question of the show’s genre going forward. In the final scene, we see a ragtag band of heroes unite under Admiral Picard on the bridge of the scrappy La Sirena: the vigilante (7 of 9), the scientist (Dr. Jurati), the addict with a heart of gold (Raffi), the warrior elf (Elnor), the genius-supergirl (Soji), and the cigar-chewing captain with a dark past (Rios). This ensemble cast may bear more resemblance to Wheedon’s early-aughts Firefly than to The Next Generation, but it lends structure and established tropes to a show that sorely needed it — because the risks it could have taken, both structural and conceptual, never materialized.

The two-part finale showcased the best of Trek’s utopian vision. Picard rejects the post-apocalyptic violence we have come to expect in modern science fiction and insists on a third way: peacemaking and diplomacy, bolstered by a benevolent intergalactic institution. Just as all seems lost, the Federation, in the person of a greybeard Will Riker, shows up to protect a new sentient, synthetic species from destruction. As everyone powers down their weapons and goes home, the theme music from The Next Generation swells. At its core, despite small gestures through the season towards a faithless Federation or lawless wild space, this is no dystopia. I don’t know what to do with this show’s deep-seated faith in Western individualism safeguarded by strong institutions in the present geopolitical moment: it feels both misplaced and aspirational, at once dangerously nostalgic and refreshingly optimistic. I, too, would like to have faith — but in what are we asked to believe?

From the premiere of this season to its end, Picard’s character has functioned as a cipher for human mortality and frailty. His wardrobe designer draped him in earth-tone knits and wrinkled linens. His hands shake; his voice quavers. And at last, he declares that his purpose is to teach the synthetic “children,” scared into calling down Terminator-style android Armageddon, what life “is for.” He does this by dying in the attempt to save them, only to be resurrected as a synthetic himself. This plot twist — a synthetic Picard! — could have been the show’s bravest hour. After all, a midseason twist had the retired admiral step onto a Borg cube — the site of his previous synthetic “assimilation” — and promptly suffer a severe PTSD flashback. It did not seem likely that he would cope well with being rendered artificial without his consent.

But in the end, the show cannot separate itself from a humanism that reifies the nondisabled, “perfected” human body towards which all other forms of consciousness and life must iterate to be worthy of rights. Picard is not rescued through anything so crude as a visible patchwork of Borg implants: an assistive, cybernetic technology that marks the user as monstrous in the Trek universe. Instead, his mind is implanted into a “golem” and made to look exactly like him at his current age (presumably someone wrote “emes” on the body’s forehead, offscreen). When he awakes, he says first, “Am I real?” Soji, the synthetic, immediately answers, reassuringly, “Of course you are,” as warm light streams through a window and he calmly sips tea surrounded by comrades in his rumpled, off-white, linen shirt. A more organic scene for Picard’s synthetic awakening could not have been conceived.

Throughout the season, the ex-Borgs, styled xBs, are shown trying to extract their old Borg implants, or else have them forcibly removed. 7 of 9 repeatedly contemplates suicide. Picard is shown having repeated flashbacks to his brief time as Locutus of Borg. At one point, 7 and Picard share a brief exchange about their time in the collective:

7: “After they brought you back from your time in the collective, did you honestly feel like you regained your humanity?”

On the one hand, the horror of the Borg is simply one of nonconsensual violation of body and mind. The collective is bad because its participants do not consent to a collective consciousness. The language 7 and Picard share here, the common vocabulary of feeling set-apart and somehow “inhuman” is frequent among survivors of severe trauma. But on the other hand, Picard was not asked if he wanted to be turned into a synthetic, either. The difference at work between the two is primarily aesthetic: the “perfect” synths are more-than-human, they eat when they are hungry, sleep when they are tired, and bleed when they are cut.

The Borg and xBs are always shot in grey, dark spaces. With the exception of 7 of 9, their skin is pale and mottled. They are shown as mentally ill, disfigured, an assemblage of spare parts to be surgically dismantled to get to the human, individual consciousness underneath. Once a person has been contaminated with Borg technology, their humanity — more specifically, their individuality — can never fully be regained. The Borg have rejected the natural bounds of death and the body and thus are monstrous. To speak in the shorthand of the Western canon, with which the show has always been so familiar, Picard paints the Borg as Frankenstein’s monster, rather than Coppelia or Galatea (and indeed, the name of the synth settlement is itself “Coppelius”).

Picard grants the synths, on the other hand, the authenticity of “art,” “lovingly and deliberately created.” Rather than the cyber-zombie aesthetic of the Borg, their appearance mirrors the 17th-century painting for which the finale is named: Poussin’s Et in Arcadia, Ego. In Poussin’s painting, four classical figures gather around a tomb. The sky is blue, the trees green, the togas appear to be made of fine silks: the entire scene is a sumptuous neoclassical pastoral. And on the tomb, an inscription reads, “And even in Arcadia, I am.” The “I” is usually understood to be death and “Arcadia” utopia. The Picard writers clearly intend the episode title to be read in this way. After, “Am I real,” Picard’s next question after his resurrection is, “you haven’t made me immortal, have you?” He is told that not only does he not have any “superpowers,” he has been given only as many years of life as he would have had without his fatal brain defect. His body is perfected, but not “improved” to the point of monstrosity. As he deactivates Data, whose mind had been stored in a supercomputer on Coppelius after his body’s death, Picard quotes Prospero in The Tempest, “We are such stuff/as dreams are made on/And our little lives/are rounded, with a sleep.”

The lesson here is cliché and clear: immortality corrupts and synthetic life can live in peace with organic life only so long as both strive for an archetypically human, Western, individualist existence that orients itself inexorably towards a good death. This is a central theme of Netflix’s recent series Altered Carbon as well, where “Meths,” short for Methuselahs, operate at the top of a deeply unequal society. If the patriarchs — the fathers — refuse to go gently into that good night, the meaning of life cannot be taught to their “perfected” children. As resolutions to the classic android/human science fiction plot go, Picard has found the most peaceful one I have ever seen. But the moral weight it gives to a good death sits wrong, today, writing from lockdown with 90-year-old women featured as heroines for giving up their ventilators to the next generation.

The idea that we need to accept death to be fully human, that there is some magical number of years we are fated to have as flesh-and-blood and to exceed that results in inevitable moral decay, is at least as old as Ecclesiastes and the Biblical expulsion from the Garden of Eden. To buy into this moral framework in speculative fiction forecloses the radical possibilities of artificial life and how it might, one day, fuse with, augment, work with, or even replace human life. It ignores the possibility that other modes of consciousness or other ways of being might hold equal weight to our own. And, at last, it fails to ask the hard question: why is it so good to die? In whose best interest, exactly, is the death of the old?

Michael Chabon has written at length about writing Picard through losing his own, elderly father. You can feel the shadow of his grief throughout the series. Sometimes it comes through at odd moments, like when Will Riker and Deanna Troi are given lines about their dead son that resonate more with the death of a parent than that of a child. But it never comes through so clearly as when the show tells itself this pat story about human mortality: that death in old age is not only inevitable but a moral good. Everyone’s story should end, we are told, but, please, not this one, not just yet. Forestalling the central character’s death is, of course, a structural necessity: you cannot have a series named Picard without Picard. To exist, Picard continually pushes that final frontier back, even as it insists that it must be crossed. The show’s reticence to accept its own terms, that Picard’s death is necessary both for narrative, existential meaning and moral authority, highlights the aporia at the heart of its season-long argument on what, exactly, it means to be fully human. 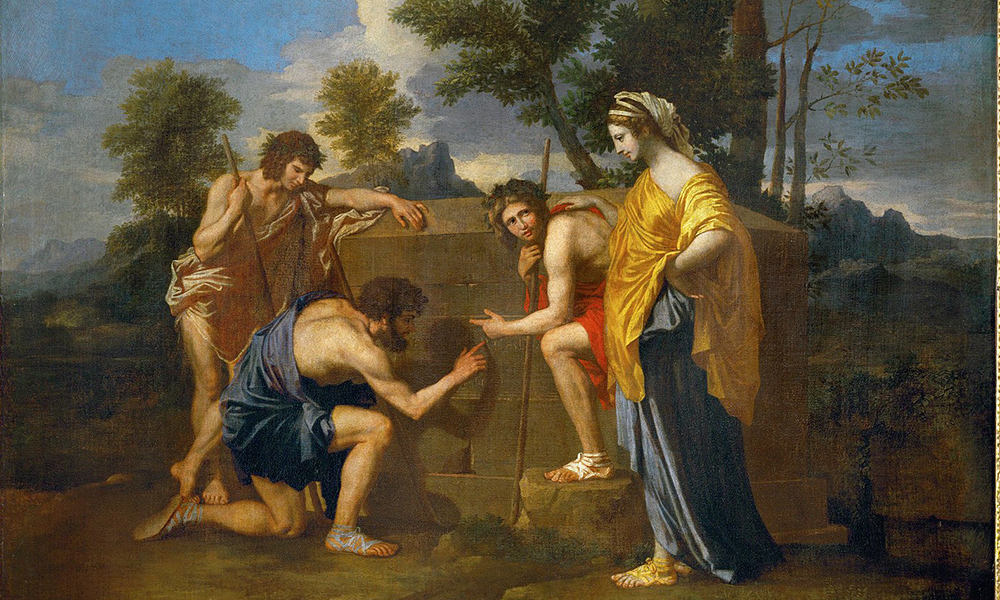