When historians write about the last 20 years of publishing, they will surely note the ascendance of the memoir as a newly popular mode of long-form narrative. Starting with groundbreaking titles in the late 1990s by Dave Eggers, Mary Karr, and Frank McCourt, and continuing through artistically vital and popular works by Elizabeth Gilbert, Karl Ove Knausgaard, and Roxane Gay, the memoir has come to replace the novel in many readers’ hearts. Or maybe just my heart. As a devoted reader of novels for the past few decades, I’m more than a little flummoxed by my recently developed tendency to skip over the novels in my to-read pile in favor of memoirs. These latter works strike me as more intimate — in a 21st century, Facebook-kind-of-way — than their fictional brethren, and I’m more likely to steal time from other aspects of my life to delve deeply into them. One title in particular, The End of my Career by Martha Grover, from Perfect Day press, serves as case-in-point.

Central to the appeal of this memoir — though I had to search out the publisher online to find it labeled as such — are Grover’s very relatable travails as she navigates her way through early adulthood, passing through college, roommates, romance, and professions. The “career” in the title refers to her time as a house cleaner, and this vantage provides Grover her most ready angle for insight. “All of my clients, even the very tidy ones, were constantly apologizing for their mess, however small. Clean people hire housecleaners, not slobs. Slobs don’t care.” Such windows into souls — both the slobs’ and the writer’s — are what I’ve come to expect from novels, and what turned me on to reading in the first place. That a memoir gets me there instead is fine with me.

Grover’s memoir recounts her post-college years as she explores how a sensitive, imperfect soul such as herself might create a life worth living. Along the way, readers bear witness to her realizations about her relationship to the world. For example, when her and her father lucked into a lavish cruise to British Columbia, Grover was struck by her first interaction with aliens, also known as rich people. “I’d no real perspective of wealth, having grown up sheltered, in a small Oregon town, not realizing that my childhood had been spent at the desperate edges of the lower middle class, on and off food stamps and unemployment.” In these moments, I relate strongly to Grover’s shifting worldview. Further adjustments are necessary after she encounters bad doctors, brain-dead jobs, oblivious bosses, creepy boyfriends, and just plain creeps. This cast of characters is filtered through Grover’s sensibility, and through her I feel like I know them.

Grover’s relationship with her father, a luckless electrician constantly in and out of employment, is one of the most compelling elements of the story. Grover’s love for him doesn’t preclude her being embarrassed by him, like when he all too easily reveals his credulity to Brazilian passengers on the cruise (“Wow. Brazil. That’s amazing!”) He can also drive her crazy, like when she attempts to kindle in him the basics of a 21st century understanding.

I ask my father to read an article about male entitlement and emotional labor.

“Can you just tell me what it says?” he says.

This passage is also representative of Grover’s humor, with its feminist edge often swimming just below the punch line. It doesn’t require a particularly close read to guess this guy has skipped out on his share of emotional labor.

Grover is a native of Portland, Oregon — also my stomping grounds — and its surroundings, and the changes to this area over the past decade take up prominent position in many of the chapters. The successful branding of this city as a cheap, quirky alternative to major Left Coast enclaves has predictably raised prices, sending many who made—and make—it special to its fringes. I too have witnessed the soul being sucked from our town, and also like Grover, from the vantage of a less-than-tony suburb. There’s a sense from these pages that Grover’s career isn’t the only thing ending, and her tale serves as a fond remembrance of a now disappearing place that so willingly let her wander, make mistakes, find herself.

Not that such direct knowledge of the setting is necessary to get something from her story. Grover’s interests and observations, such as the moral compromises of day jobs and the impact of escalating housing prices, are universal, and her willingness to tell the truth to herself and others encourages an intimate relationship with her readers no matter where they live. That is also the reason it doesn’t matter whether this work is a novel or a memoir. Grover’s ability to engage her reader trumps any categorization of her prose. She’s playing an entirely different game, one that only requires the author to connect. 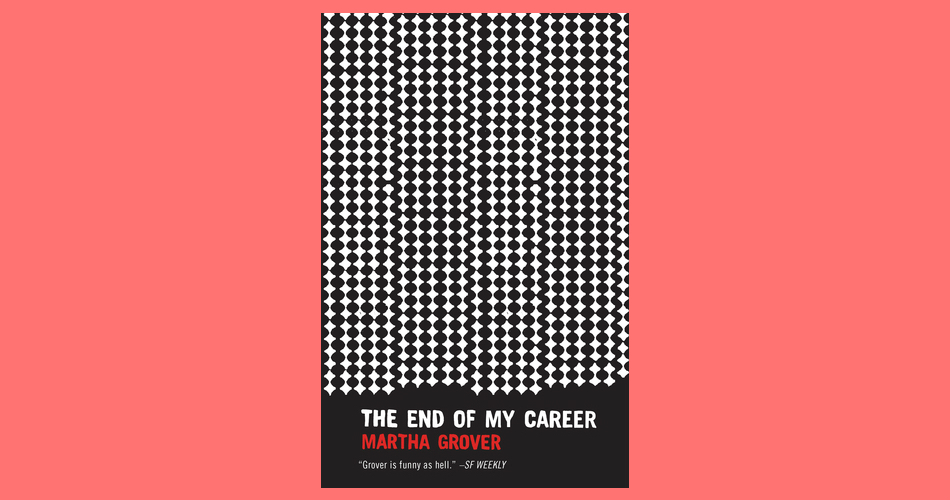