For those that know more than most about Ethiopian history — which is often not very much — they know about a few pivotal transformations that characterize 20th-century politics. There was 1) the monarchy of Haile Selassie, which was briefly interrupted by 2) the Italian Occupation (1935-1941), after which Selassie returned to Ethiopia until 3) a violent communist dictatorship took control following a revolution leading to 4) the eventual multiethnic federation that came into being in 1991 and still exists today.

While all of these periods deserve their own treatment and have nuances and complexities, the period which is most often depicted as violent is the period under the Derg regime, from 1974 to 1991. Indeed, the Derg, which spearheaded a campaign of the tortuous and murderous treatment of over 500,000 dissenters known as the “Red Terror,” left behind — and continues to leave behind — traumatic memories and disturbing triggers among those who lived through it.

However, many of the young people who actually took to the streets demanding revolutionary change in the first place, and who advocated for a socialist approach to economic governance, ended up not having their voices disseminated thereafter. It is through their stories, their motivations, and their lasting legacies that we can begin to understand some of the first words Tamara Mariam Dawit narrates in a new documentary Finding Sally: “The promise and the agony that is Ethiopia.”

The new documentary, which premiered on CBC as part of the #HotDocsAtHomeOnCBC festival on April 30, 2020, and will be participating in the Hot Docs Festival Online on May 28, is more than a story about the earlier revolutionaries whose stories got overshadowed by the ominous Derg. It is an exploration into intergenerational familial trauma, global class politics, and female kin relationships. Dawit, who now lives in Ethiopia and runs a production company, was motivated to make the film after learning about her aunt Selamawit — “Sally” — in her 30s when she came across what was an unfamiliar face in a family photograph while visiting her grandmother’s house in Ethiopia.

Dawit grew up in Canada, and understood early that for many of her Ethiopian family members it was easier to forget than to remember the time of the Derg regime. Asking them about their familial past often elicited traumatic reactions, which she preferred to avoid. Thus, when it came to her Aunt Sally — a family member who disappeared without a trace — Dawit’s family was unable to cope. The event compounded the political turmoil with the devastation personal loss.

The film begins in Ethiopia with a family in prolonged mourning. Sally was one of six children in the family. Her father’s job as a diplomat meant that the family moved around quite a bit and spent much of their childhood in foreign countries, eventually moving to Canada in the 1960s. It was not until a trip to Ethiopia in the later part of the decade, when political turmoil was reaching a fervor in the country, that Sally joined the revolutionary cause and never looked back.

The documentary’s historical footage details the conditions that would make joining this revolutionary cause, especially for a woman who was a justice seeker and faced a great deal of overt racism living in Canada in the 1960s, a worthy endeavor. Ethiopia at the time prior to the revolution was a place of great economic inequality, with lavish entertainment venues and opportunities for the small aristocracy (of which Sally was a part) but little for the rest the country. When Sally visited her home country looking for purpose, it made sense that she never left.

That summer, she became friends with members of the Ethiopian People’s Revolutionary Party (EPRP), which started as an underground communist party comprised of students. Sally later became romantically involved with Tselote, a fellow member of EPRP. He taught her Amharic and the two worked together to find out how her skills — especially her nursing expertise — could be best utilized for the cause.

As we, along with Dawit, piece together who Sally was, and what revolutionary acts she took part in, the story becomes about more than just memory. It raises crucial questions about the collective steps involved in the process of memory. Dawit’s father was the lone son among five sisters, and it is Sally’s sisters who share her history — and that of revolutionary Ethiopia — with Dawit. Each sister remembers Sally in her own register, relating to her disappearance from a unique vantage point. In turn, we learn about Sally’s sisters now living in Addis Ababa. Brutawit, the oldest sister, runs a current events talk show; Tsion operates a restaurant; Kibre taught meditation during the Derg until she was imprisoned, but continues to practice; Menbie followed in her father’s footsteps and worked at the UN and in the Canadian government before retiring to Ethiopia.

The sisters provide emotional and anecdotal depth necessary to bring the story to life. In one instance we are told a story of Sally asking for supplies to make a wig, and one sister assumed it had to do with providing medical care for those on the front lines. It later turned out that Sally was one of a group of activists attempting to blow up an airport and was using the supplies to create a disguise. Sally was secretive with some of her underground work, and later changed her name for safety, which made it difficult for her family members to ask questions about her circumstances. On screen, as they reflect on who she was prior to her involvement in the revolution — a rambunctious and loving thrill-seeker — her path makes sense.

Prior to filming, the last they knew of Sally’s whereabouts was that she went on a trip to Assimba, Ethiopia, and never returned. They speculate as to whether or not she was murdered along with other members of the EPRP, or if she ended up joining Mengistu’s party. But as Dawit brings the family together through the film to learn Sally’s history, she also makes new discoveries. Eventually the sisters travel with Dawit to Assimba searching for answers. While they find some, new questions and threads emerge.

The research, persistence, and emotional grit that Dawit undertakes in the film reveals how many of the stories from this period of Ethiopian history have not been told, and sheds light on the ways in which intergenerational trauma is an unavoidable fact of circumstance. The documentary reaches far beyond the task of historicization. It adds nuance and context to the numerous perspectives from before, during, and after the Ethiopian revolution, and importantly addresses the material and emotional costs of oral history and creative reimaginations. 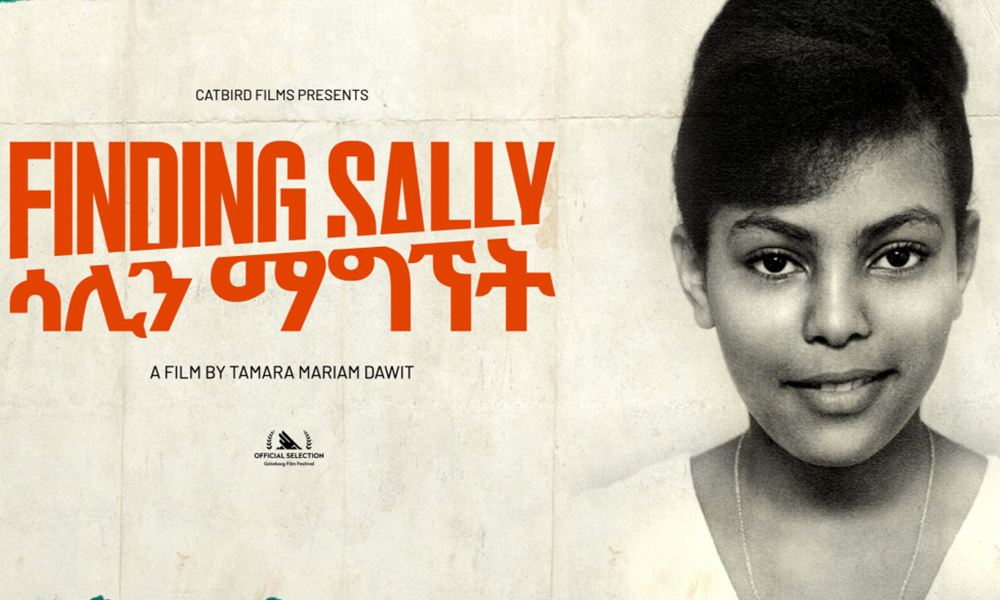