Of the many forensic narratives that have been stitched together to try and shape the potentially-nightmarish November 8 election results into some kind of cloth of understanding, one in particular has approached one-size-fits-all: the Rustbelt pastoral. It feels like I’ve read dozens of these instant anthropologies in books, magazine and newspapers over the past year or so, and they just keep coming. Most are handwringing, liberal guilt trips and almost all follow the same schematic: a righteous scribe from one of the coasts ventures into the heartland, gains a keener sense of the region’s economic and psychic wounds and then bundles it into a sympathetic homily that’s meant to explain, well, everything.

I get it. When the country commits such an act of collective nihilism, we search for answers and these paeans bring us up close and personal with the disenfranchised, white-working class who’ve been left behind by modernity’s convulsions—those who showed up almost monolithically for Trump. Feel their pain, we’re told, and we’ll know where we,  “the elites,” screwed up.

I’m not sure the season’s literary sensation, Hillbilly Elegy, written by professed hillbilly, J.D. Vance, is the wellspring of all this rustic mansplaining. It is, however, considered required reading in many circles for those grappling with Trump’s popularity in the fallow burgs across Middle America. I fell into one of those circles after reading it last summer and included it in the syllabus for my freshman-seminar titled, not-hilariously it turns out, Idiocracy versus Democracy. I’m sometimes sorry I did. Slogging through it again is like going on a second date with someone you really wanted to like because you knew you were supposed to, but half an hour later you just want to get the check and get the hell out of there.

It’s Groundhog Day stuff with a simple payoff: hardscrabble kid gets some breaks, makes some good choices, and finds a world with more possibilities and better pay than he could imagine from the hollers of Kentucky (even though he’s actually from Ohio). It’s a story with a good reminder that there are still narrow pathways out for alienated youth in forsaken places provided they work hard and take some chances. In Vance’s case, that meant joining the Marines, a choice made better, no doubt, because he didn’t see combat. Stories like these are palliative, and they’ve been fodder for generations of college applications, many written by kids in urban neighborhoods that make Vance’s Hillbilly highways look like Rodeo Drive. I’m not sure we needed 260 pages of Mamaw, Papaw and kin’s tribulations to get the point.

Then, again, what is the point?

Almost all of these pieces, including interviews with Vance around his book, come with some admonishment about coastal elites carelessly chalking up Trump’s appeal to the ignorance, misogyny, or racism of his voters. There’s something more there, a deeper pain they say, and out-of-touch elites from both parties are not paying enough attention to it. We’re not told exactly who the elites are, beyond coastal, but the label is meant to shame. We’re not exactly told who the working-class is either, beyond white, but the label is meant to be ennobling and it comes with built-in pathos and implicit entitlements.

I’m probably meant to be one of those elites who should be ashamed. I’m well educated and live in Los Angeles, a city that defies easy characterization but is constantly caricatured as a dippy bubble of out-of-touchness, despite its vast working class (of all colors) population. Either way, I didn’t need to parachute into the Rustbelt to feel its pain. I came of age in the middle of the pain, in the ’70 and ‘80s just outside of Pittsburgh. The hillbilly country of West Virginia, where the legal-drinking age was 18, was close enough for Friday-night road trips.

These were the days of shuttering steel mills in Pittsburgh and corporate flight to the tax havens of the South. Pennsylvania lost 350,000 manufacturing jobs in the ‘80s alone, when the withering was already well underway. Pittsburgh went from an economic giant that built a huge blue- and white-collar middle class to Deadsville in a blink. Both collars were jumping off bridges at an alarming rate back then. To get a sense of the collapse, consider that in 1940, Pittsburgh was the 10th largest city in the U.S. with a population approaching 700,000. Now, it ranks 62nd, with a population just over 300,000. Recent studies show it still has one of the highest suicide rates in the country.

I recall growing up in a bullying and often boorish culture of masculinity that eyed anything out of place—long hair, not going to church, foreign-made cars—suspiciously. We didn’t exactly encourage intellectual curiosity or striving that wasn’t related to athletics. Racism hung in the air like the threat of rain.

To my parents, though, the grass was certainly greener. They grew up in Syracuse, New York, the northern reach of Appalachia, amid economic hardships and with family pathologies that make Vance’s clan look genteel. Syracuse was one of the first casualties of the forces that hollowed out the Rustbelt. Though my parents eventually became successes by any measure, the fumes of deprivation and shame hung around them like the smell of the cigarettes they anxiously chain-smoked for most of their lives. All of which to say, where were all these hillbilly elegies when the shit really started hitting the fan more than 30 years ago?

Though it’s not wise to overly generalize about Trump supporters, they do have some defining characteristics. His vote was overwhelmingly white male (63 percent) and even stronger among white males without college degrees (73 percent). This is the so-called white working class vote — as if not having a college degree automatically makes you working class. I have Trump supporters among my friends and family. They are mostly from my past, the ones who didn’t make it out of Syracuse and Pittsburgh, literally or figuratively. To be sure, I also have friends and family from the past who vehemently oppose Trump, though they are fewer and farther between.

I’ve engaged with the Trump-supporters I know  as best I can, trying to understand why they voted how they voted. I haven’t found any good answers. They cite single issues, like a reflexive hate of “Killary” or “crooked Hillary.” They raise the “debt crisis” but they have no idea how it presents a danger to them. Immigration is viewed as a threat, but superficially and in twice-removed anecdotes. Facts and figures don’t sway; they just make folks more rigid. When I point out that the debt has been going down, but will surely balloon under Trump’s tax cuts and infrastructure-spending plans, or that even the Wall Street Journal agrees there’s been a net loss of immigrants for the first time since the mid-century — they scoff and say that anyone can find the figures they want. They think Obama is to blame for ISIS, not the Iraq War. They believe he is divisive, even racist, and blame him for gridlock. Indeed, nothing is true these days but belief.

Here in the bubble, I know almost no Trump supporters, but it’s not like the bubble has been impervious to pain. I could swing a dead cat and hit a dozen middle-aged, white males who, like me, also lost jobs, wages, houses and identities over the past decade. Now, we juggle as many gigs as possible in a freelance economy that’s marginalized us, like it has marginalized so many others. We also feel the shame and anxiety about our families and futures, but we did not think that pain gave us permission to cross the Rubicon and commit an act of moral terrorism. Obviously we were in a minority. Maybe someone should write an elegy to us, the white males who didn’t lose their shit.

Interestingly, Pittsburgh provides a glimmer of hope and possibly a way out of the Rustbelt’s post-industrial morass. After bottoming out, the city made extensive public/private investments in retrofitting the old industrial infrastructure into something that works for the modern economy. It’s important to know that local leaders such as then-Governor Dick Thornburgh and a series of Democratic mayors led these bipartisan efforts, planting seed money and incentives for startups and innovation that has since turned Pittsburgh into a powerful hub of education, health-care, high tech and information-based companies. The city that English biographer James Parton once described as “hell with the lid off” is now a national leader in green technology. It’s attracted a vibrant new population of college-educated “elites” who chose its size, community, and quality of life over the coastal “bubbles.” Pittsburgh long ago stopped believing in the snake-oil Trump is selling. It got real and it’s getting results. 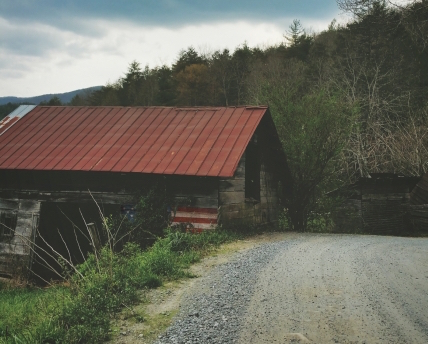