All literature supposes an exercise in magic, a simulation or a koine between the text and the reader through which communication is staged, and where, ultimately, communication does not exist. It is from that very devotion to the essence of literature that the lauded Cuban-born author, Susannah R. Drissi, offers us The Latin Poet’s Guide to the Cosmos, her new poetry collection. Certain, like all true writers, that writing is not meant to dispel mysteries, but to call and increase upon them, Drissi invents a hybrid language at the intersection of Spanish, Latin, Italian, and French, with which she will write the 26 poems in the collection. Beyond the work’s linguistic axis, the author creates a beautiful paradox of an undecipherable guide who leads us through the cosmos, to a world without form, without the word bursting with meaning, of which the Kabbalists speak.

Nothing prepares the reader for this journey of poetic exploration. Not even the comparable act of attempting to read a text in some real language we’re far from mastering comes close to this extraordinary moment of estrangement: when experiencing a real language we have yet to understand, we know that we have merely managed to postpone a possible future encounter; after all, real language exists and is understandable — even if not now and not by us.

We could also say that Drissi’s kind of literary magic has been done before. And that it is possible to find examples of it in European Dadaism or in South American creationist poems; but while these others rely on the desemanticization of their poetry, or on the total dissociation between signifier and signified, Drissi leads us down more tortuous paths. In fact, the similarity of the language used in The Latin Poet’s Guide to the Cosmos to Italian, Spanish, or Latin is yet another trick up the author’s sleeve, as it results in a system of linguistic disappointments and near-misses where understanding is a state of uncertainty, leading us into the realm of evocative analogies. What does that “nicropasiente finale” mean? Is “nicro” related to necro or micro? Is pasiente related to he who pasea [strolls] or he who is paciente [patient]? Or the merdoso shemento pishe? Is, in this case, merdoso evocative of merde [Fr.] / mierda [Sp.] / merda [Ital.],  or does it refer to miedo [fear]? Is avecante related to the French preposition avec [with] or to the Spanish aberrante [aberrant]? Or, better yet, is it a combination of the Spanish ave [bird] and cante or canto [song]? Drissi’s collection recalls that story where Argentine writer Jorge Luis Borges tells how a friend who gifted him a painting died before ever being able to paint it; as a result, Borges tells us, the painting is multiform and multiple and incomprehensible, and the best gift he ever received, as the painting changed with each one of his moods. Thus, it is not arbitrary that Drissi’s collection opens with a quote from Borges. Drissi’s poems, too, are multiform and multiple and nearly incomprehensible. Like Borges’s painting, they can completely change their semantics depending on the reader’s emotional and psychological lens.

The meaning of Drissi’s poems lies in the production of this psychological cadence at times, and at others, rhythmic extravagance or grandiloquence. It is in the juxtaposition of these distinct pulses that we find the collection’s firm and joyful sensuality, given to Medieval taste, to mockery or play, to a Mediterranean and estival comic spirit.  On the other hand, the intrusion of words concerning the academic world also suggests ​​a delicious personal vendetta, that of the poet versus the Academy; the poet who, like a goliard of the verses of Carmina Burana, mocks authority and borders, and sings with nearly incomprehensible words to a cosmos we have yet to comprehend.

Let this book be, then, a textual artifact, a tribute to literature, to the magnificence of language before the word, a book to forget other books, to give to a being with whom we want to play. A book that does not end, that is never reached, and thus, reaches toward us.

Much like Drissi, the avant-garde Chilean poet Vincente Huidobro knew just how to see an uncharted universe. In “Canto V” of his masterpiece, Altazor, he reminds us: “Aquí comienza el campo inexplorado / Redondo a causa de los ojos que lo miran” [Here begins the unexplored territory / Round on account of the eyes that behold it]. Or, in Drissi’s words: “Il poeta latino a la longui se aferra / cual vagabondo a la galaxia.” 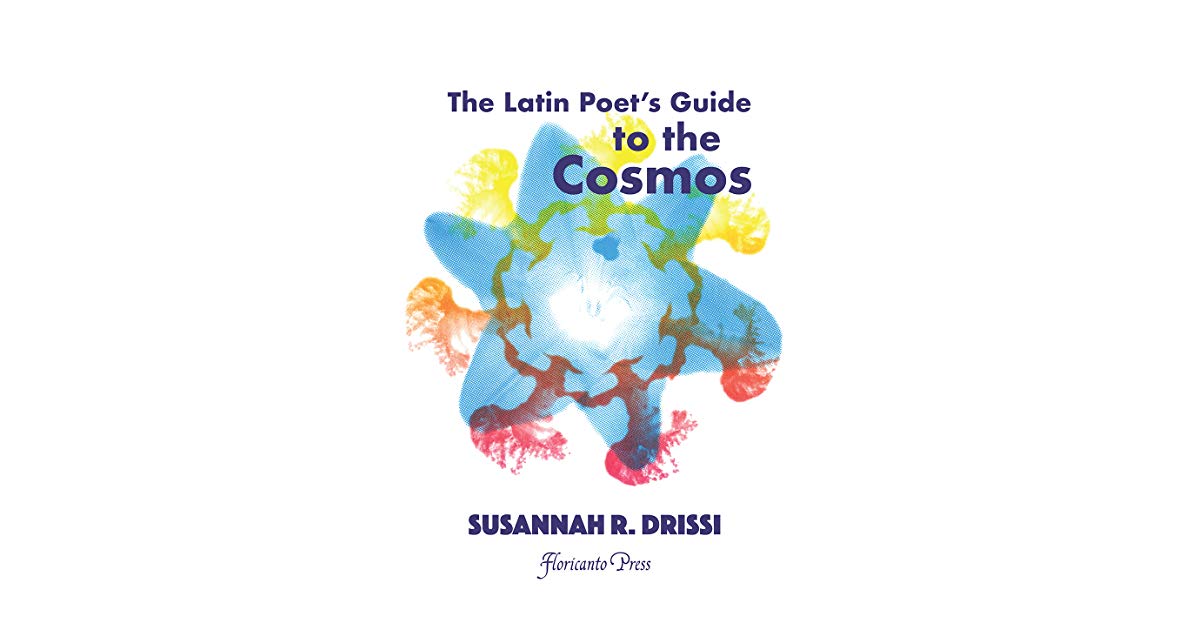