In our precarious moment of climate catastrophe, what is the function of art? This question grounds poet and translator Cole Swensen’s 18th book, Art in Time, a collection of 20 lyric essays, each focused on a landscape artist practicing within the western tradition.

Contrary to the reinforcement of binaries for which such art has been critiqued, the works featured in these essays configure, as Swensen states in her introduction, “art in time… conjugated into the present, and in time to do something about that present… implicitly or explicitly advocating relationships with the earth based on collaboration rather than domination, conversation rather than control” (3). Swensen’s book itself is an example of such advocacy, modeling the potential of art’s unique form of attention to transform human relationships to the nonhuman by offering an alternative relationship to time than neoliberal capitalism’s default mode. This modality is not only toxic to human life but is, as Jonathan Crary points out in 24/7, his critique of our contemporary nonstop shopping, labor, and attention economies, “inseparable from environmental catastrophe in its declaration of permanent expenditure, of endless wastefulness for its sustenance, in its terminal disruption of the cycles and seasons on which ecological integrity depends.”

Eschewing the overt didacticism of many environmentally engaged projects, Art in Time guides by example. Most significantly, Swensen’s exploration of the temporal, relational nature of art-making recognizes the deep interconnectedness of all that share this world. The essays attend to the primary importance of diversity to the project of developing non-destructive relationships to our planet — biodiversity, identity diversity, diversity of medium, and expression — all of which unfold via unique temporal registers.

In so doing, Swensen selects artists from a variety of identity groups working in various media from the 19th to 21st century. The artists range from celebrated painters such as Gustav Klimt to multi-media artists such as Joan Jonas and filmmakers such as Tacita Dean, while including lesser-known artists like photographer and video artist Zineb Sedira and abstract painter Zao Wou-ki. In addition, the book’s non-linear, associative organization empowers the reader to create unique connections between works across time. Positioning the 19th-century painter Rosa Bonheur, for instance, after Willem de Kooning simultaneously invites critique and connection. The women in de Kooning’s work have been painting long before he represented them. Here she is, in the form of Rosa Bonheur, painting land “always plural, and always moving off beyond itself” (11).

Along with diversity of selection, each essay is woven with multiple contexts: biographical, cultural, and material, all of which have their own, albeit interwoven, temporalities. The earliest artist addressed, for example, is not the academy-trained white male we’ve come to expect to see in the role of predecessor but Bonheur, born in 1822, who “lived with the various animals that she painted” (9) — hares, horses, and huge bulls as well as lions. We learn from Swensen not only about Bonheur’s paintings, but that she created an independent, alternative lifestyle of artistic community and support, living her “entire adult life with her oldest friend, Nathalie Micus, also a painter, and Micus’ mother, Henriette, both of them as determined as Bonheur to ‘relever la femme’” (10). Swensen draws our attention to the connection between Bonheur’s interest in the souls of animals and the status of women, both at the mercy of men. Bonheur’s animals are “never metaphoric, never symbolic, always simply distinct individuals with proper names” (14). If the personal is political, then the life lived, and art made, is ecological.

Never metaphoric, never symbolic. Throughout her essays Swensen returns to the fact that from painting to photography to video to installation, the landscape artworks she responds to engage the literal, which always hinges on the temporal. She remarks in “André des Gachons: The Sky in Time” that although trained in the Symbolist tradition, des Gachons, who after 1905 painted nothing but sky, chose

to shift completely to a practice based on extreme literality, painting scene after scene that means nothing but itself. Which is the essence of the weather — it  simply is, and, in fact, is the very assertion of isness, the manifestation of a moment, that which makes time tangible, increasing its immanence until it’s ubiquitous. (86)

Attending closely to the literal opens understanding to the seeming contradiction at the heart of ecological relation. All is flux, blur, weather passing through and effacing subject/object distinctions, effacing the boundary between us and them, I and it. At the very same time, everything depends on respecting the difference between the self and both human and nonhuman others.

Art in Time dives into this contradiction rather than resolving it, investigating art’s capacity to hold multiple relationships to time in one location. The artworks are always themselves, but are also products of artists, cultural contexts, and experiences of viewing, which are never static. Infusing the book with a conversational, inclusive tone as she mentions the context of encountering artworks in exhibition catalogues, museums, rooms, galleries, and installation tours, Swensen foregrounds this site-specific aspect of encounter. Such moments eschew the I-based syntax of memoir — this book is of the particular sensibility and consciousness of Cole Swensen as she considers works of art, but not about Cole Swensen looking at art. Indeed, throughout the book there is a subtle thread of argument for the importance of getting the I out of the way. In many instances Art in Time leverages the context of viewing to foreground the collaborative nature of engaging with art, including, for example, the voices of other writers via quoted catalogue copy.

Out of this time of viewing, multiple temporal relationships orient and weave the material of each essay. Dates, locations, and proper names provide historical, contextual time. Attention to artists’ processes and materials evoke the time of making, as well as the different types of time inherent in art materials such as pastels, photography, video, and paint. Discussion of the lifeforms that the artists represent — animals, birds, lighthouses, oceans, skies, weather, children, and fields among them — shows these elements not as fixed objects, but as they are in time, which is to say, in a state of change. In weaving these different temporal relations across each piece, Swensen’s stylistic variations infuse the book with language’s ability to operate along multiple temporal registers. For example, near the end of the first essay, “Willem de Kooning: Composed Windows,” Swensen writes:

In 1961, he began work on a new studio in Springs, Long Island. A 1962 photo by Hans Namuth shows him standing in an enormous excavated space with a line of trees behind. There are tracks from heavy machinery at his feet, and most of the trees are bare.

In just a few weeks, leaves will create a wall of green extending beyond the photo’s frame farther than the eye can see. A few years later, he executed a series of paintings on actual doors purchased for the purpose, which made the works necessarily tall and narrow, the opposite of a landscape’s proportions, and though they were, in fact, compositions based on women, we sense in them a landscape deepened by the constraint of the format, which in turn awakens, in the center of each work, a source of sky. (8)

Notice both the crystalline clarity of Swensen’s writing, along with the variety of verb tenses she employs: he “began work”; in the photo “there are tracks”; in “just a few weeks the trees will create a wall of green.” Past, present, and future simultaneously exist. Notice also the the variety of sentence lengths and complexities. A documentary statement like the first sentence is short, crisp, includes a date-stamp, and takes a short amount of time to read and digest. In contrast, the last sentence arcs and eddies as it dilates time, lurching us forward (“A few years later”) and then backwards (“he executed”) before meditating on materials (old doors) and subject (women and a source of sky). This sentence takes longer to read and longer, still, to process. What might it mean for a painting to have the sky as its source? What might it mean for a woman to have a landscape within her? The sentence’s abstract musing opens space for contemplation, inviting a capacious relationship to time — a time that exists otherwise to date-stamps and fixed tense. A time that connects the reader and the text and the author and the artwork and the artist and the materials and the subject. In other moments of the book, Swensen contours the time of language via the lyricism of rhyme, juxtaposition, and line breaks, all while maintaining prose as the base-line temporal structure.

In the flow of time the self blurs with the world, and it is also the case that any given moment of time has a unique and distinct rhythm and texture. Art in Time invites us to see that it is precisely this combination of blur and distinction that the artwork addressed attends to and insists upon as our literal, material reality. Ecological integrity depends on temporal diversity. As Swensen says of the turn-of-the-century paintings of Henry Ossawa Tanner, “we see all elements in relative motion, with each creating the others and being created by them, paradoxically both making them all more distinct and erasing all apparent boundaries between them as they fuse into an intricate system” (59). This same statement applies to Art in Time which, like the artwork it investigates, is a vehicle for resisting the extinction and collapse of diverse time into the 24/7 paradigm. In our precarious moment of climate catastrophe, it is upon such resistance that the future depends. 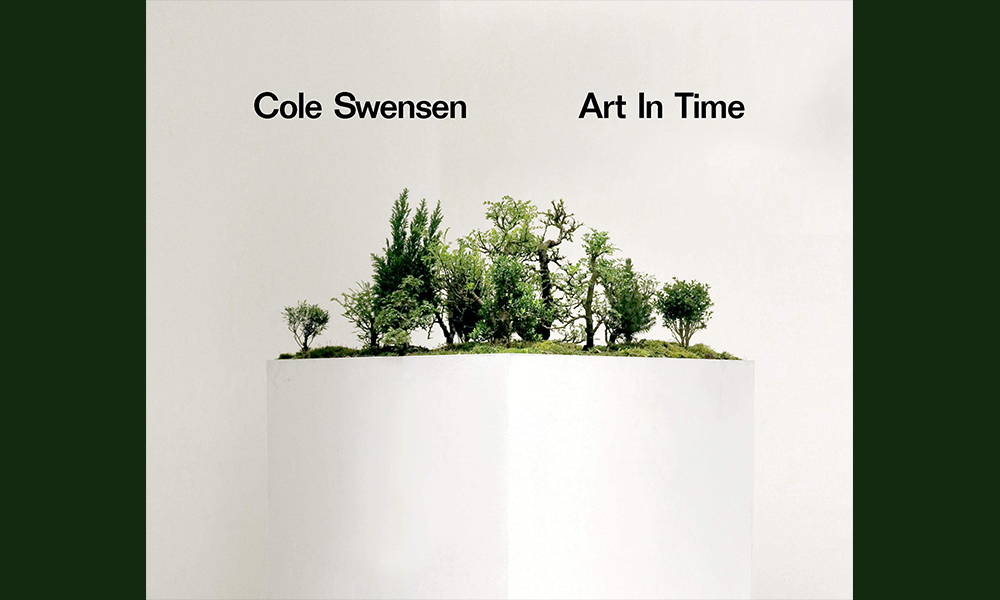