On a block of downtown Los Angeles in what would appear to be an art world no-man’s-land, there lies a hidden treasure. Recently opened, THE SPACE by ADVOCARTSY brings a cultural perspective to contemporary art that is rarely found in the international art world.

Showcasing exclusively Iranian artists and artists of Iranian descent, the gallery is one part international artist showcase and one part advocacy space for the community. It displays art unique to the Iranian experience, and offers a space for artists to share their work with a public that expands beyond L.A.’s Iranian population. THE SPACE is more than just another white wall gallery; there is power in the way THE SPACE not only appreciates these artists’ work, but also fosters their creativity, in part through outreach. It aspires to connect those who are Iranian with those who are not, to allow for greater engagement with the visual, sonic, and emotional components of Iranian culture.

Founder of THE SPACE by ADVOCARTSY Roshi Rahnama previously worked as a lawyer with a strong interest in finding ways to support her community through her work. But what drove her to find a brick and mortar space for ADVOCARTSY, an arts organization focused on supporting artists of Middle Eastern descent, into a full-time gallery in downtown L.A?

The gallery’s stated mission is to show contemporary Iranian artwork, which is loosely defined. The work that has been and will be on display is so varied and unique to each artist’s experience, style and point of view that it begs the question: what even is Iranian contemporary art? What does it mean to be an Iranian artist living abroad? How does one navigate the cross-section of cultures?

Afshar’s En Masse, on display until Sunday January 28th, is an exhibition that deals explicitly with grief. “After my mentor [CalArts Character Animation professor Leo Hobaica] passed away, I needed to mourn,” Afshar described matter-of-factly.

From the collection of works in the gallery, visitors immediately understand that this group of paintings, drawings, video animations, and mixed media pieces were his catharsis. It was a word he used a lot when I spoke with him, and it’s incredibly powerful to witness these pieces with this in mind. Describing all of his pieces as improvisations — they can be viewed as cathartic exercises — symbols that hold power in his narrative appear over and over and over again.

His use of repetition is powerful — the duality of mirroring figures on a canvas; the dual fetus’ representing Hobaica, who was himself the older brother of a pair of twins; diptychs and triptychs of faces; noses circling around the face like a whirlwind; a movement becoming lost and changing upon each brush stroke or pastel swipe, or in the repeated, slightly changing loops of a video installation. It’s all a meditation on the idea of memory and loss, and how every time a memory of a person who has passed appears in one’s mind, it changes. There is no single feature of these memories, but rather a constantly morphing, fluid element that is intangible but somehow feels tangible. Every piece plays with a fluid texture, from works on wood that used the natural grain and impurities as a paint to the way that, depending on how you view one of the two mobiles on display, you’d either see a figure or a collection of floating things.

Afshar turned this incredibly universal experience of loss and memory into a cross-cultural examination of human mourning rituals. Throughout the exhibition, the figure — who is the representation of his mentor — is depicted in a helmet with feathers attached. This symbol is from a shi’ite Muslim tradition in Iran called Ta’zieh, a ritual that reenacts the death of Hussein, the prophet Muhammad’s grandson. It is a community performance (also known as Persian Theater), similar to the Christian tradition of the passion play, where members of the community gather and watch (most of the time amateur) performers recount the tragic death of Hussein, symbolizing epic spirit and resistance. But one might also view this as a condolence play, a symbol of mourning and finding peace by turning a tragedy into art.

“When I was a kid I used to go to these passion plays and I couldn’t understand why people are so engaged with this,” he said describing his engagement with the plays. “It’s a story about some religious figure who’s dead and you guys have heard the stories. Then I realized that it’s about them. it’s about themselves, releasing some of that energy, so it had some kind of cathartic approach to it.”

The helmet references costumes and outfits Afshar witnessed during these performances growing up in Iran. Throughout his exhibit, he presents his mentor in the headpiece of a fallen leader, creating his own form of symbolic catharsis. One of the most notable aspects of the exhibition is the mash-up of Ave Maria and Iranian percussion, performed in the South Iranian tradition, representing Hussein, like the aforementioned passion play. Both ritual songs hold different meanings for Afshar, who is interested in using sonic elements in exhibitions. One interpretation is that this is a dialogue: a cross-cultural examination of ritual and musical influences intertwining together, creating a reflection of two worlds that aren’t so different. And though this is indeed one reading, the story behind it adds a layer of warmth and affection to the artist.

“My mentor was a very interesting character and artist. He was into flash mobs. At the memorial at the university, some of his students managed to have Ave Maria sung by a flash mob. This kind of mixed up with the sound that I had in my head with the ritual.” THE SPACE allows for this engagement with loss and how we process it as human beings, and showed this in three distinct ways: culturally, environmentally and privately. The exhibition portrays the way that communities and cultures interact with grief, but also how they intersect, especially when one is in a country where the predominant culture is not their own. In Afshar’s case, he questions the very nature of his own memory and has created works that reflect on and honor his teacher. 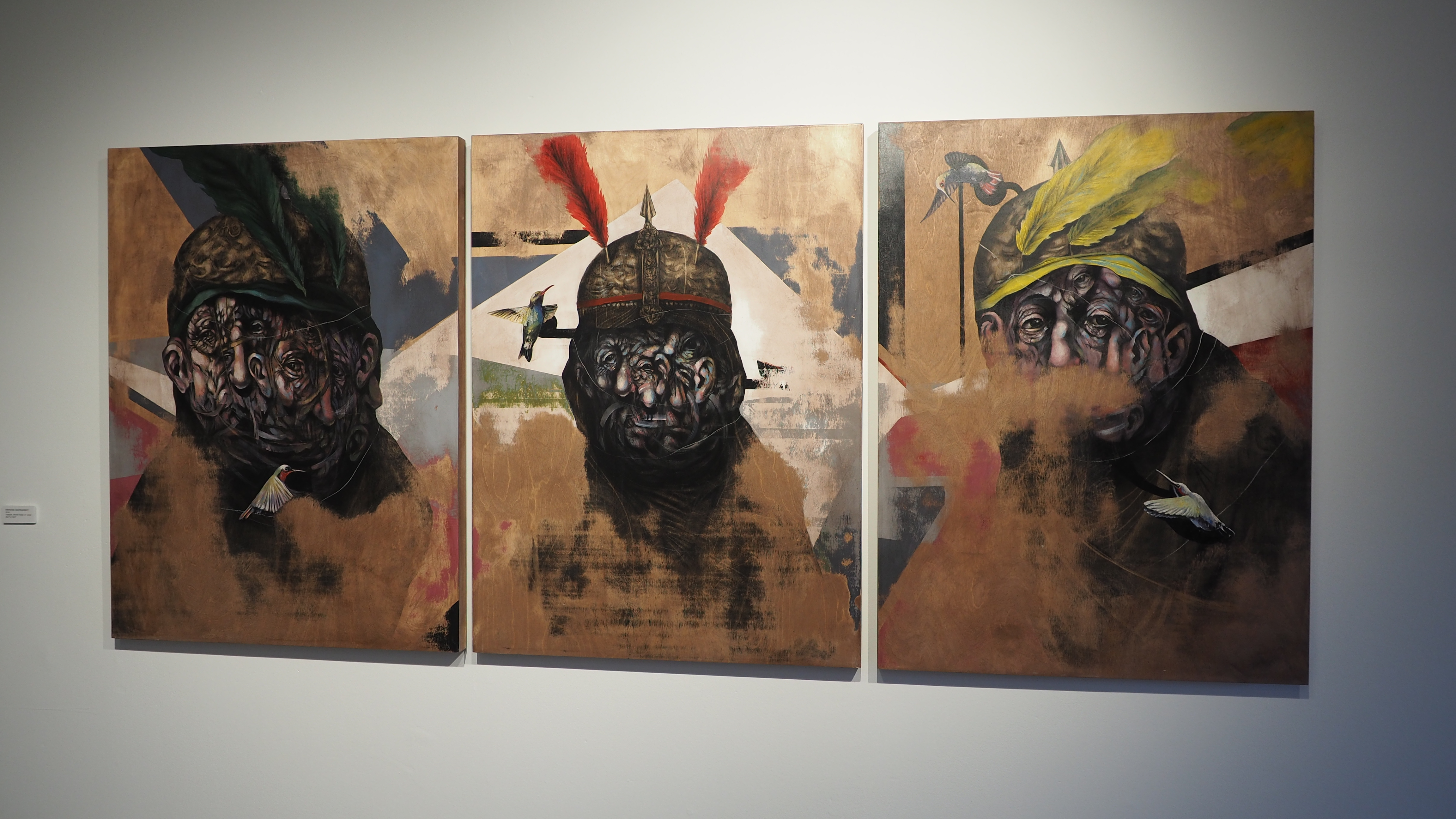