In an interview with Entertainment Weekly about his film The Shape of Water — winner of four Oscars, including Best Director and Best Picture — Guillermo del Toro said that “the movie works because it fuses the extraordinary and the ordinary, you know? It says to you, ‘You can meet an elemental god from a river, and you can take him home and put him in the bathtub.’” The Shape of Water, like much of del Toro’s work, engages a magical realist tradition of blending the fantastic with the ordinary. That erosion of boundaries can be terrifying (see: Pan’s Labyrinth), but it can also be life-enriching. In The Shape of Water, the fantastic offers Elisa Esposito (Sally Hawkins) companionship and, in a sense, completion.

Another recent creation of del Toro’s also channels magical realism, albeit differently: Netflix’s Trollhunters, an animated show based on a book that del Toro co-wrote with Daniel Kraus. Trollhunters, which is set to release a third and final season later this year, follows Jim Lake, Jr. (voiced by the late Anton Yelchin), a teenager who, one day, happens upon a magical amulet on his way to school. The quasi-sentient amulet chooses him to be the first human “Trollhunter,” charging him with the protection of Heartstone Trollmarket, a subterranean dwelling of trolls. Because Trollmarket’s trolls avoid both humans and the surface — the sun turns trolls to stone — the most pressing danger they face is actually another group of trolls: the Gumm-Gumms, led by Gunmar (Clancy Brown), an exiled warmonger who pursues dominion over trolls and humans alike.

Jim lives with his mom, Barbara (Amy Landecker), a doctor, in a nice house on a quiet block in well-to-do Arcadia. The show introduces its protagonist with a peppy montage: Jim wakes up at 6am, does housework, readies three bagged lunches, and prepares breakfast in bed for his mom. When he goes to her room, however, he finds a note on the door. “Late night at work. Sleeping in.” Signed, Mom. Jim opens the door, lays the omelet and orange juice on the nightstand, takes his mom’s glasses off her face, cleans them, and heads out to school.

Jim, as his morning routine makes clear, has a lot on his plate. His father, also named Jim, left the family when Jim, Jr. was five years old; and because his mom is almost always working, Jim handles most of the household’s domestic labor. He has to balance that responsibility, in turn, with his studies, as well as the production of Romeo and Juliet in which he’s starring in order to get closer to Claire Nuñez (Lexi Medrano), a classmate on whom he has a paralyzing crush.

And, of course, there’s his secret trollhunting. Trollhunting, here, refers to everything that Jim does in his capacity as Trollhunter — which occasionally includes hunting evil trolls, but more regularly consists of relatively mundane tasks, like training, studying troll history, and taking on odd jobs around Trollmarket. While the work of trollhunting is plentiful, frequently arduous, and usually far less grandiose than it sounds, it gives Jim direction and purpose. Early in the show, Jim says, “I just need to know that there’s something more to life than high school.” He’s constantly bullied, inundated with homework and tests, and plagued by the fundamental terribleness of being a social creature during adolescence. But in comparison to high school’s manifold challenges and long-term payoffs, trollhunting yields more immediate benefits. Jim finds in the fantastic what eludes him in the ordinary: a father figure in the form of Blinky the troll (Kelsey Grammer), who trains him in the ways of the Trollhunter; attention, which he rarely receives due to his mother’s merciless work schedule; newfound confidence, which he wields back above ground; and more. Trollhunting, as fantasy so often does, edges Jim’s life toward the ideal.

When the fantastic is satisfying or otherwise pleasurable, escapism can be an enticing alternative to ordinary life. Such is the case in The Shape of Water, which ends with its protagonist seemingly disappearing alongside the aforementioned elemental god. Trollhunters, on the other hand, inverts expectations of escapism by making Jim want to escape not only the ordinary, but also the fantastic. At multiple points in the show, Jim tries to reject the title of Trollhunter, hoping to rid himself of the overwhelming responsibility that comes with it. But the role is not a voluntary one. The magical amulet chose Jim, and in doing so forced him into an ordinary-fantastic middle ground, a space that subjects him to demands from all directions. In “Gnome Your Enemy,” for instance, Jim can’t focus on tracking down rogue gnomes because he has to prepare for a Spanish presentation — and he can’t focus on preparing for his Spanish presentation because he has to track down rogue gnomes.

And so, unable to escape the fantastic or the ordinary, Jim actively melds the two in an effort to take control of his double life. He incorporates his training and questing into his daily routine, turning trollhunting into yet another after-school activity. He even goes so far as to involve Claire and his best friend, Toby Domzalski (Charlie Saxton) — one of the better characters of recent TV — in his adventures, though he leaves his mom in the dark. Throughout Trollhunters, Jim strives to generate a precise amount of friction between the troll world and the human one: enough to ensure that each realm is improved by the other, and that neither is harmed. (Jim’s history teacher calls him “Young Atlas” — meant in reference to the myriad burdens he bears, but also a fitting nickname given the Titan’s task of maintaining the divide between the heavens and the earth.)

Jim largely succeeds in balancing the ordinary and the fantastic, resolving dilemmas by the ends of episodes, but he fails in one significant respect. As he spends more and more time trollhunting, his mom becomes increasingly frustrated with his aloofness. Their relationship suffers tremendously at the intersection of Barbara’s suspicion and Jim’s immature response to it.

Barbara does eventually learn about Trollmarket and Jim’s trollhunting — Jim doesn’t fess up; he merely loses control of his secret life — but her knowledge is short-lived. A spell threatens her life, and lifting it requires erasing her recent memory. So, on the verge of mild amnesia, Barbara tells Jim, “Even before you found this amulet — way before all of this — you were always my hero.” She asks him to promise that he’ll tell her everything again. He nods.

Later, Barbara wakes up in a hospital room, and asks Jim what happened. With magical amulet in hand, Jim considers telling his mom the truth, but ultimately lies in order to keep her from worrying. “There was…an accident,” he says, putting the amulet in his pocket. “You fainted, you bumped your head. And I drove you here.” As he lies, Jim becomes a child once more, wielding no sword, wearing no armor but a strained smile. By exposing Jim’s youth — his vulnerability, immaturity, and confusion — Trollhunters acknowledges that granting completion through the fantastic would be too simple. Better to leave Jim caught between the ordinary and the extraordinary; for him to be painfully ordinary and painfully extraordinary, simultaneously.

In the hospital, before Barbara wakes up, Jim pulls a blanket over her — a gentle moment that echoes the show’s first episode, when Jim made his mom breakfast in bed and took her glasses off as she slept. The parallelism is a tribute both to how much has changed, and to how much has remained the same. Because although Jim wasn’t always the Trollhunter, he was always his mom’s son. He always loved and cared for her, and did whatever he could to fill the void represented by the “Jr.” that follows his name.

While completion is alluring, the fantastic’s potential to reconfigure incompletion is more meaningful. Jim’s gradual embrace of the Trollhunter mantle leads him not to abandon the ordinary, but to find greater happiness in it. The magic of Trollhunters is a matter of perspective: at the heart of the show is the understanding that Jim’s life-and-death duels have been no more gallant than the omelets he’s cooked for his mom. That he was, after all, always a hero. 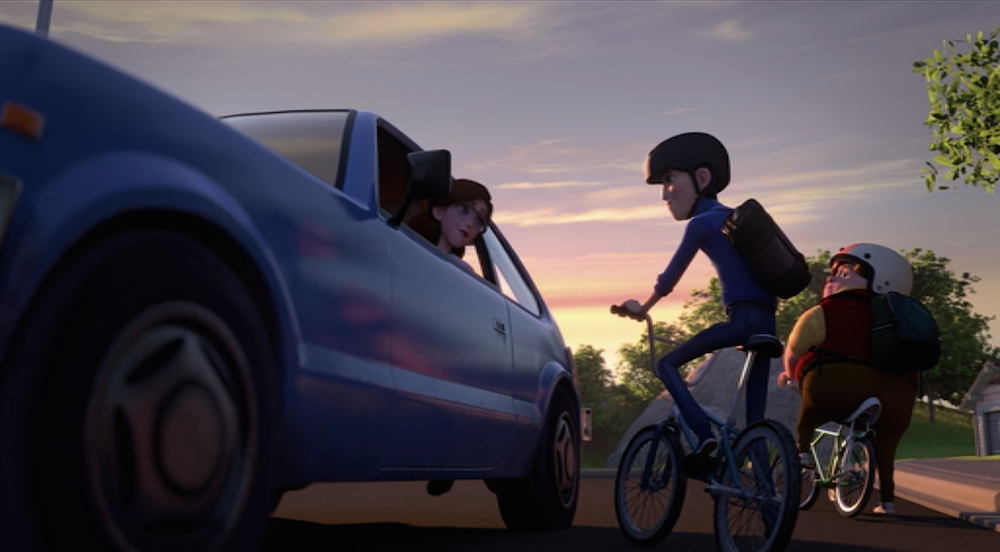