The Raven Book Store borrows three things from Hammett: a dedication to mystery and crime fiction; the name Dashiell for one of their cats (the other is named Ngaoi after Ngaoi Marsh); and this “detective business” logic which they apply to the books business.

Founded in Lawrence, Kansas in 1987 by Mary Lou Wright and Pat Kedhe, The Raven has never let independent bookselling falter in its Midwestern city. Originally a specialty mystery bookstore, The Raven began to stock general interest titles after other Lawerence independent booksellers were forced to close. When the store was finally confronted with “the killer,” in the form of a Borders opening across the street, the people of Lawrence took a stand against corporate mega-bookstores. On the bookstore chain’s opening day, The Raven had its biggest day of sales in its history. The empty building that housed Borders can still be seen from the place behind The Raven’s cash register.

Although The Raven is now over 30 years old and carrying books of all genres, the current owner, Danny Caine, says that there are still remnants of the original “mystery era” of the store, more than just the cats with noir novelist namesakes. The store still hosts two mystery book clubs in addition to a general fiction and nonfiction book group.

The current era of the store boasts less about hardboiled fiction hardcovers and more about a strong commitment to the Lawrence community. Partnering with the University of Kansas and the Lawrence Public Library, the store hosts readings, author events, and more. An especially popular event is the POC led open mic night, dubbed “Mic Supremacy.” The Raven also joint sponsors the “Langston Hughes Creative Writing Award” with the Lawrence Arts Center, an award for writers living in the Douglas County area.

In the current, often troubling, state of the world, crime fiction and mystery novels are good for the soul. They delve into and spit back our fears and anxieties, but hold the promise of narrative resolution. Even better for the soul is supporting an independently owned bookstore that brings good to its community. Why not try both? At The Raven, you don’t have to choose.

Not a member and want to receive special benefits and discounts at Raven and other participating stores? Become a member and we’ll send you a Reckless Reader card and all the perks! 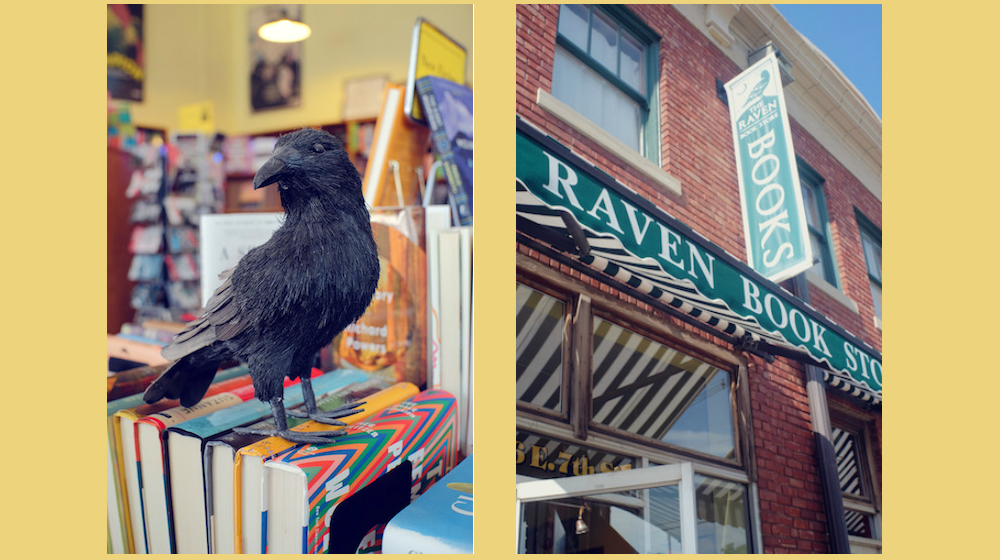