“Bookselling is the combination of everything I’ve ever loved.”

Throughout my conversation with Hannah Oliver Depp, the owner of Loyalty Books, a store with locations in Washington, DC and Silver Spring, MD, this is what she kept returning to. Even as COVID hit and she was faced with an overnight transition to an entirely online business model, talking about and selling books is what continued to get her up in the morning.

Depp made the switch to bookselling after being an academic for many years. “I love teaching, I love research, but I was very frustrated with academia [and its emphasis on] publishing over helping students. Plus, I was a Medieval Modernist, which is not a field rife with brown people, and yet I was expected to the expert on all things brown.” After a pause, she added, “Which I still am.” Depp has been working her whole life, starting in retail and moving through customer service jobs as well as working as a set and costume designer. During her time in academia, she found that none of her past work experiences were seen as assets. “That’s definitely changing, but they weren’t things to be bragging about. There was no room for them on a CV. But I felt they made me a better academic.”

While finishing her thesis, Depp started selling books and quickly fell in love with it. “Every aspect of me found something productive and satisfying in bookselling.” She loves the give-and-take educational experience with the community, how bookseller and reader teach each other, and how much both her wide breadth of book knowledge and retail experience are valued. “I love the way you can read a person as if you’re Sherlock Holmes to find the right book for them. I fell head over heels,” Depp said.

In 2010, Depp began working at Politics and Prose, a store in DC she frequented as a child. There, she began to see how much publishers value the opinion of the independent bookseller. “The community deeply trusted us, and so we had an outsized impact on the books that were being printed, the way they were sold to other retailers, and what we’d all be reading every holiday season,” she found.

Despite her eager start, Depp became quickly disheartened. She attended American Bookselling Association events during her first year at Politics and Prose, saying, “I would walk into rooms of hundreds of people and I’d be the only person of color. Maybe one of three or five. And no one seemed to notice that was weird,” she remarked. Even during NEBA meetings — the sales association including New York through North Virginia, where some of the largest Black and brown communities in the US are located — Depp would still be alone. Having grown up in the District of Columbia and Baltimore, Depp and her family had had many Black-owned bookstores in their radius. This shock of loneliness stayed with her. “It quickly became apparent to me that mainstream bookselling, which had the greatest connection to the powerful publishers, the independent presses, and the authors — everyone had an extremely narrow understanding of who readers were, where communities of readers were, and, frankly, a potential pool of money that was being left on the table.” Tired of this, tired of being alone, Depp started working on diversity efforts in the American Booksellers Association. 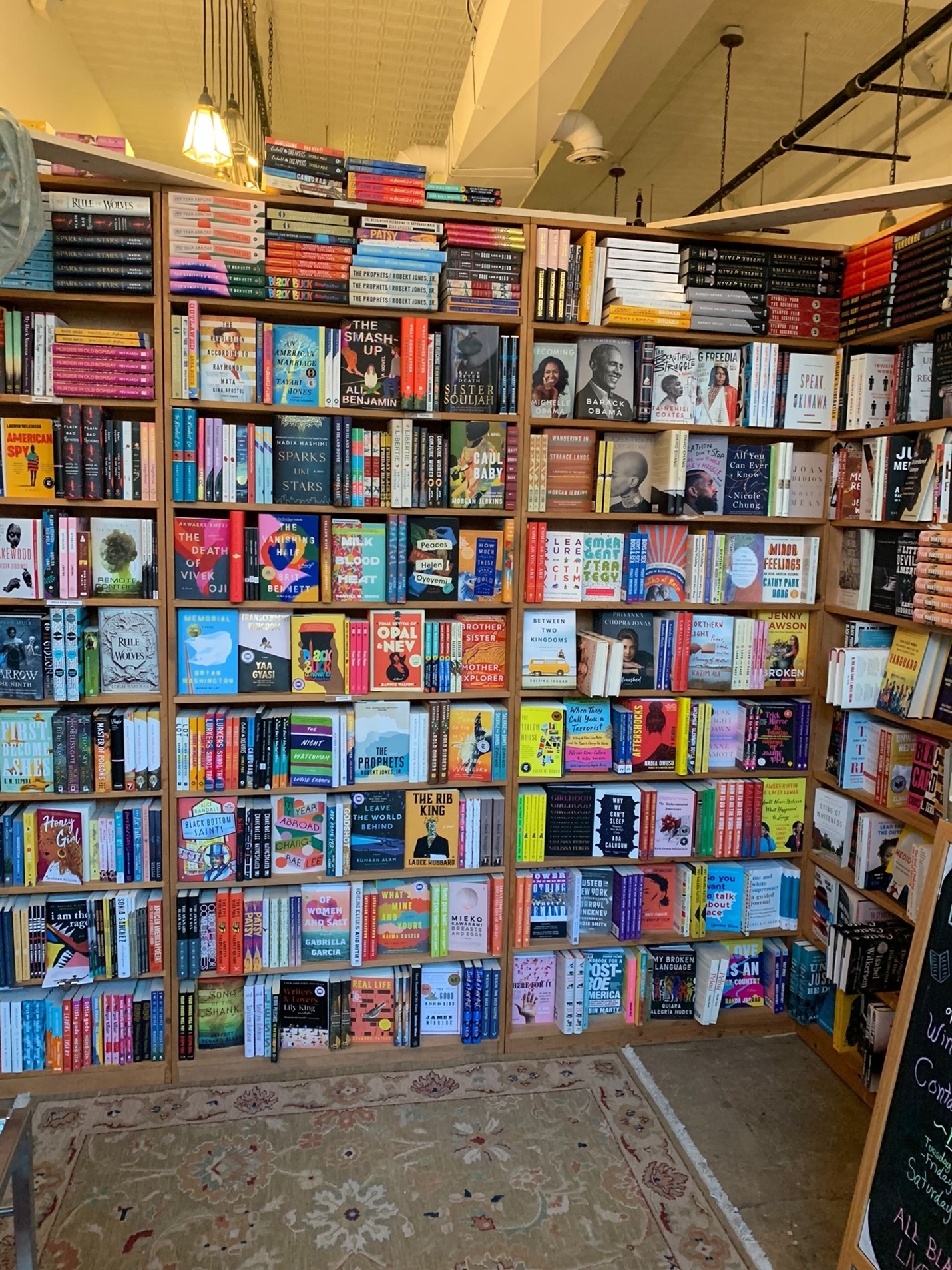 While working for Word Bookstore in New York City, Depp learned a lot from owner Christine Onorati. “She taught me how to build something bigger than myself,” Depp mused. “One of the things she was extremely invested in is what the next generation of booksellers will look like. The economy has changed so much from when bookselling first boomed in the 70s and 80s. A lot of booksellers are retiring.” Depp became interested in what the faces of independent bookstores could look like, thinking about her own experience: “Everything that you think is hard for a young bookseller, add being a person of color. Add being gay. Add being disabled. All of these things that are part of my identity that I know made it more difficult for me, because I was sending money back to my family; I was dealing with a neurological disorder and a pain disorder; I was dealing with huge student debt — all the blockages that come from being at all my different intersections.”

As Depp watched Washington, DC become more and more gentrified, she saw there was a lot of local support for a safe, comfortable bookstore where customers could walk in and see faces that looked like theirs. She took business classes, created a plan, and did everything she could to prepare to own her own store. In 2018, Depp became aware that a bookstore was on the verge of closing in Washington’s Petworth neighborhood, and she took it over. Loyalty Books has been open ever since.

When asked about the name, Depp joked that it is because of Kendrick Lamar’s song “Loyalty.” and the encapsulating theme of all of C.S. Lewis’ work. “That’s the Venn Diagram of my soul right there,” she said, laughing. “But it’s really how I conceive of a store belonging to the neighborhood that it’s in. It’s a two-way street of loyalty. I watch out for you; you watch out for me. This is community through communication.”

And indeed, their customers have been very enthusiastic. The Loyalty staff have personal ties to a wide variety of DC communities: families with children, queer communities, immigrants, artists and writers, and more. Depp partners with groups big and small, working to cement Loyalty Books as a supportive fixture in the community. She loves how a small business can be intimate and flexible, and is always looking for ways to give back. “We inherited the customers from the bookstore that was here previously, and we’ve added a whole new customer base: those who thought they were being left behind. By having Black, brown, and queer faces behind the register, you let people know that this is their space too.”

Pre-pandemic, Loyalty had filled 500 online orders. Now, one year on, they have filled over 40,000. This extreme adjustment was difficult for everyone, and Depp recalls not sleeping at all during the beginning of the lockdowns. They had to fight for federal PPP and EIDL loans, feeling the additional blow as they saw most of the businesses that got turned down for EIDL loans were Black-owned. Nonetheless, they pivoted and adapted, rearranging the store six different times and creating personalized book bundles, contactless pickup, and other creative ways to remain engaged with their customers. Depp thanked the post office worker who had to carry hundreds of Ikea bags worth of books to be mailed out.

This tenacity and creative problem-solving, though successful, was harrowing for Depp. “It’s really hard to verbalize the amount of fear I had,” she told me. “We had just finished our first full year of business: the holidays were over, we were trying to get the attention of publishers, we had good events lined up for the summer, we had a subscription box getting started… and everything slipped.” Depp had to tell her staff she didn’t know if they’d have jobs in two months. But in the end, the same skills that initially made her so excited about bookselling — customer service, business skills, and passion for community — served her well once again, enabling her to make the necessary changes. “My team and I didn’t think bookselling was one thing looking one way; we felt it was creative. We definitely made messes, but if someone asked to try something, we just said okay.”

As Loyalty’s online orders ramped up to an intense level, Depp had to put things in perspective. “Most of my staff is at the most vulnerable intersections of the world right now. I refuse to put them at risk to sell books. We will always close before risking their lives for retail.” A brief hiatus after the holiday season gave the Loyalty staff some much-needed rest, but now they’re back at it. As lockdowns begin to lift, they are partnering with a local café and record store called Bump ‘n’ Grind to host storytime on the café’s outdoor patio and looking to bring in-person events back in 2022. One thing Depp emphasized was how much they learned from remote events about accessibility: virtual readings are a far easier option for those who cannot attend physically due to disability, caregiving needs, or any other reason. 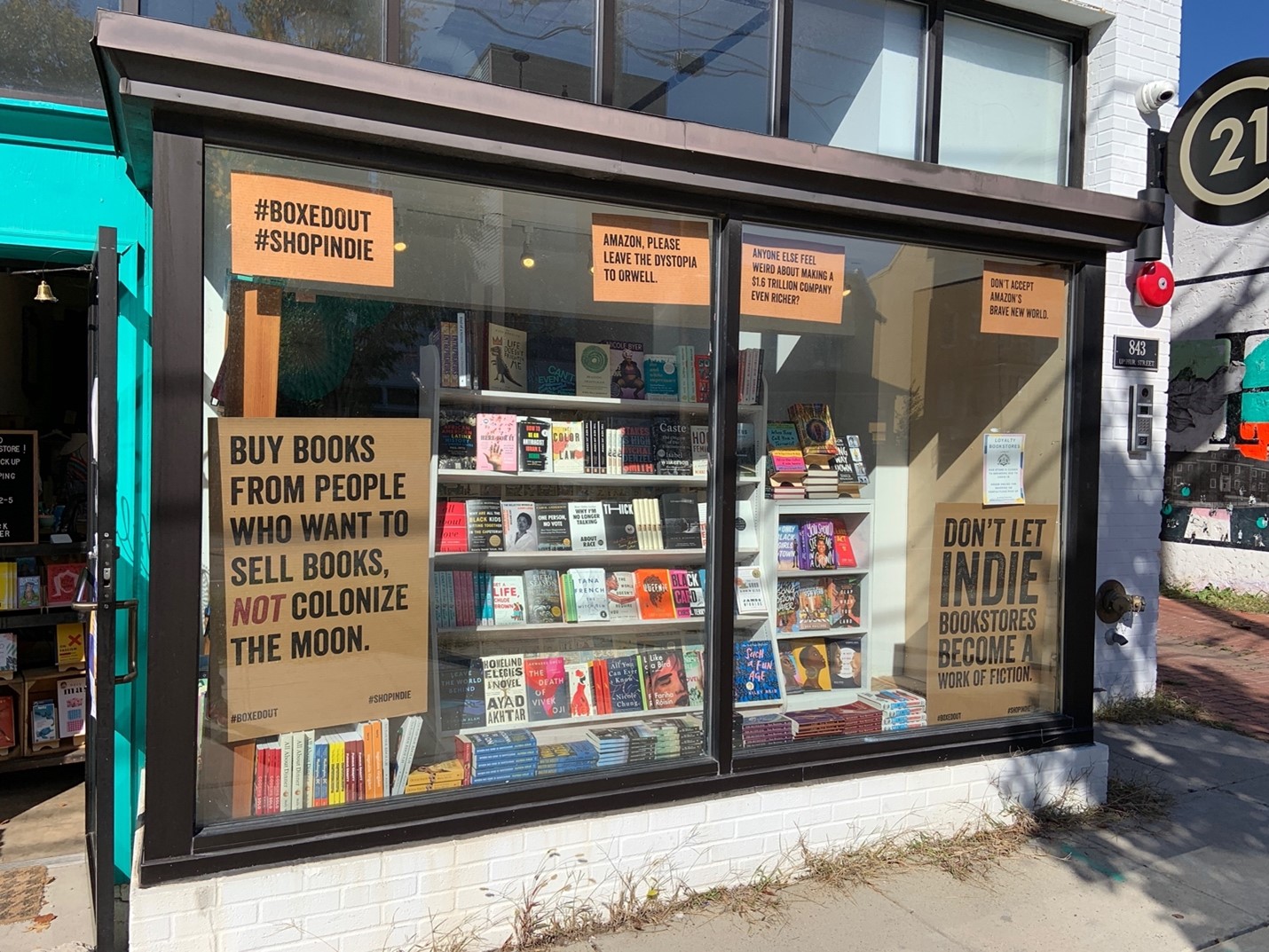 Looking forward, Depp is excited to no longer spend all day staring at a screen. “None of us became booksellers for that!” she exclaimed. “I can’t wait to talk to people about books again. That’s what gets me out of bed in the morning.” She’s taking a lot of lessons from the pandemic into the next phase of bookselling: “All the things we learned under pressure — now we have to make sure we turn that into a diamond and keep it going. We have to create our way out of these problems. That creativity isn’t going anywhere, but we have to learn to stay creative when it isn’t the only way to survive. Because the truth is, it still is the only way we’re going to survive, because the margins in bookselling didn’t change during the pandemic. Rent is still astronomically high for small businesses. Compared to corporations, our taxes are still so high. Publishers still won’t give us the discount we need to survive. Unless that changes, bookselling will not survive.”

Loyalty customers are reading a lot of poetry and short stories these days. Depp enthusiastically recommended some memoirs, including Ashley C. Ford’s forthcoming Somebody’s Daughter and Nicole Chung’s All You Can Ever Know. In addition, she’s going back to her academic roots and is loving Sword Stone Table, a gender-bending, trans-racial collection of Arthurian retellings edited by Swapna Krishna and Jenn Northington. “I’m a little mad I’m at work today, because I want to keep reading it,” Depp said.

“I hope we come out of this with more kindness towards ourselves and other people,” she concluded. “Zoom calls into each other’s bedrooms and living rooms have shown us we didn’t really know each other and what we deal with each day. And as we urgently send that email for the hundredth time, we need to have an understanding that the people on the other sides of our screens are humans, and they’ll still be humans when they come back into our neighborhoods and parks. Empathy is so important.”

As the world opens back up again, Loyalty Books will continue to do what they do best: support their community through the magic of reading.

All images courtesy of Christine Bollow.

Not a member and want to receive special benefits and discounts at Loyalty Books and other participating stores? Become a member and you’ll receive a Reckless Reader card and all the perks! 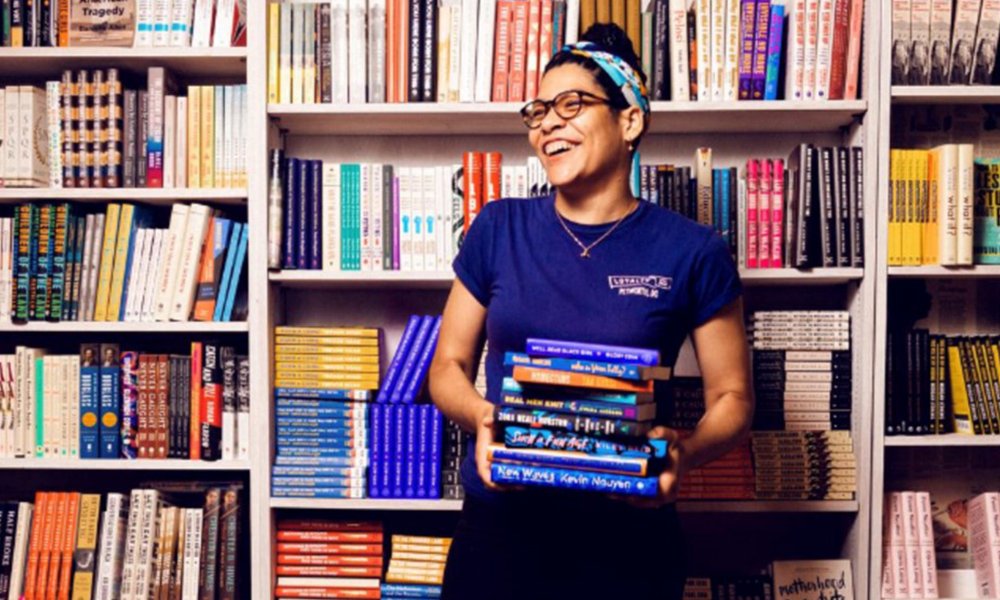