Arcana, an independent bookstore in Culver City, specializes in rare and out-of-print books on 20th- and 21st-century photography, art, design, architecture, fashion, film, and music. Arcana is the newest addition to our Reckless Reader program, meaning all LARB members can shop at Arcana and receive a 10% discount on their purchases.

Lee Kaplan, a native Angeleno, is the owner and founder of Arcana. On a recent phone call, Lee and I discussed the diminishing role of expertise-driven independent bookstores in the modern age, L.A.’s former record store culture, and Arcana’s genesis, among other things. Lee started out at fabled L.A. record store, Rhino Records, from 1975 until 1981. His time at Rhino Records helped teach him the formalities of curation, an expertise he then transmuted to the field of art books. At the time, in the early-1980’s, there were only a handful of specialized art bookstores in L.A. so Lee decided to begin scouting books and opened his first bookstore between Olympic and Pico on Westwood: a bookstore devoted solely to the visual arts.

When asked about the origins of Arcana’s impressive architectural pedigree, Lee responds modestly, indicating his childhood in L.A. in the 1960’s — a time when architecture was beginning to make its way back into the fold of the mainstream consciousness — as well as his interest in architecture as an art form. Arcana’s large, bright space is adorned with massive black bookshelves which create an impressive “forest of books,” as Lee calls it.

Arcana is a destination for artists and filmmakers, as well as a whole host of others, and the staff is welcoming and happy to share their expertise. I have rarely encountered a staff who display such deep knowledge of the books they carry and the topics they span; whether it’s photography, architectural theory, or contemporary art, the staff at Arcana can help guide you to the right book or subject. Arcana has an enormous catalogue, and many of their books are unavailable elsewhere. The staff is more than willing to help you locate a specific title; it’s rare to encounter such dedication to a trade that, as Lee and I discussed, is largely dying.

By some estimates, more than half of all book purchases in the United States in 2017 are occurring online through various platforms. Patronizing local, independent bookstores has become a fleeting joy of a bygone era, replaced instead with algorithm-driven Amazon searches.

Arcana does a brilliant job of maintaining the independent bookstore model that has driven countless generations of bibliophiles forward while simultaneously working to innovate and increase the dialogue within the community. Arcana hosts roughly 30 events per year, usually featuring local and international architects, artists, photographers, and writers.

In the increasingly online age, humble bibliophiles such as myself, Lee, and countless others should find it progressively important to support establishments like Arcana. If you have a passion for books and art, regardless of form, I urge you to visit Arcana, admire its brilliant design, expert staff, and forest of books.

Not a member and want to receive special perks and discounts at Arcana and other participating stores? Become a member and we’ll send you a Reckless Reader card and all the perks! 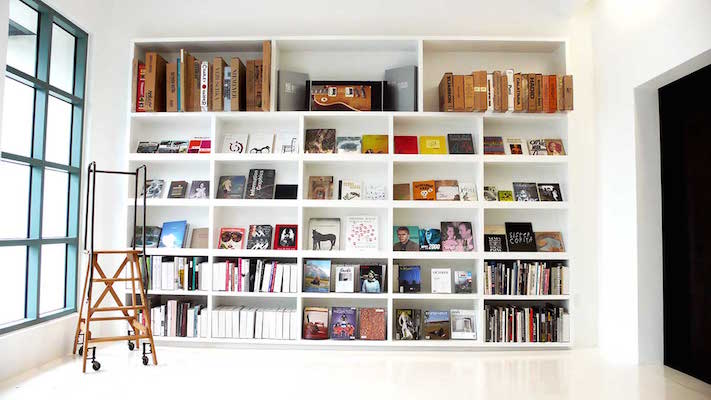