It’s “the living room you wish you had in Brooklyn,” says Colleen Callery, marketing and communications director at Books Are Magic. Books Are Magic was opened in May of 2017 by married couple Emma Straub and Michael Fusco-Straub. After their neighborhood bookstore closed at the end of 2016, the two decided they had to fill the hallowed space it left behind. Emma Straub — who is a novelist in addition to owning BaM — blogged about the decision to open BaM in December of 2016: “a neighborhood without an independent bookstore is a body without a heart. And so we’re building a new heart.” 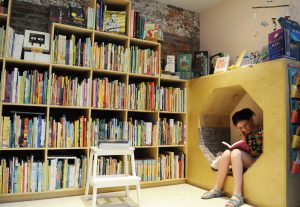 Michael Fusco-Straub’s design skills in tandem with Emma Straub’s love of books and bookstores creates a space of energetic coziness. With bean bags, couches, and nooks like its “magical hidey hole” — an octagonal cubby made for kids to crawl into and read in — Books Are Magic kept both adults and children in mind when designing the shop. They even have events — including book launches, signings, and readings — almost daily!

Books Are Magic sets itself apart from other independent bookstores in New York through their efforts “to fight for the well-being of our communities.” This manifests at BaM in two ways: first, through their Readers for… initiative, and second through their poetry gumball machine.

The “Readers for…” initiative is led with the goal of upholding and developing ideas of justice, equity, intersectionality, and healing. Currently, “Readers for…” is running a program in which they share information regarding gun reform in the US, which can be found on BaM’s “Readers for…” page. They have also partnered with author/illustrator Carson Ellis to create beautiful tote bags that say Melt the Guns around an illustration of a pink flower. 100% of the proceeds from the tote sales at BaM will be donated to gun safety reform organization Everytown for Gun Safety. Books Are Magic has also sold T-shirts for LGBTQ+ rights and will continue to inform their community and work for causes that are important to them and their readers. 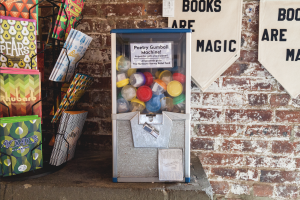 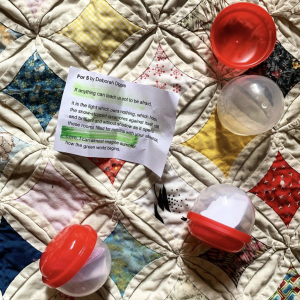 Books Are Magic also has a “gumball” machine which dispenses poems for $0.25 each. Proceeds from this machine go to a different community organization each month. Last month’s proceeds went to City Harvest — a New York City-based organization whose goal is to keep hungry New Yorkers fed. This September’s sponsored organization is The Brooklyn Book Bodega, “a new non-profit working to get more books in the homes of kids,” says Callery. Books Are Magic has sent gumball proceeds to Planned Parenthood, the ACLU, The Trevor Project, The Poetry Foundation, and more.

Books Are Magic invites you all to come check out the pink wonderland of books they have created in Brooklyn’s Cobble Hill. “These last two years have been such a learning experience for us!” says Callery about the store’s staff and owners. They hope to share their passion for reading with their neighborhood community and New York as a whole. 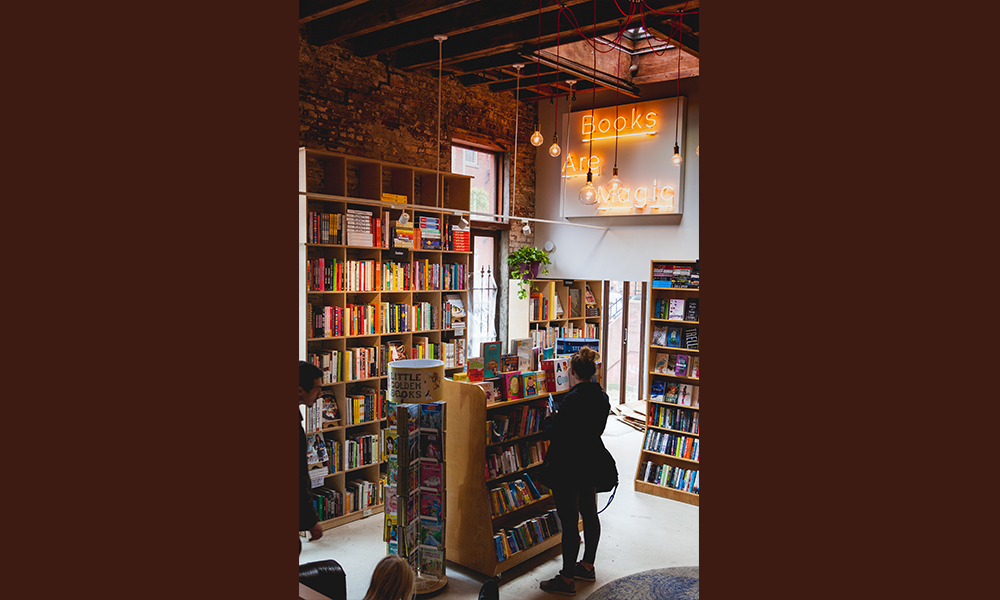