In 1968, George Drury Smith opened Beyond Baroque out of his print shop, which was located on what is now known as Abbot Kinney in Venice, CA. He was a high school teacher, a printer, and a poet. He printed his own poetry magazine and began using his shop as a venue for Friday night poetry readings. Soon, his fellow poets and friends, Joseph Hansen and John Harris, started a Wednesday night poetry class in the store. Because George printed many local poets’ books, it was a natural extension for him to begin selling those books at the print shop to customers as well as to people attending the poetry readings and workshops. By 1979, Beyond Baroque outgrew its location, became a non-profit organization and moved to the old Venice City Hall, where it remains today. Its mission is now “a place dedicated to the possibilities of language.” George wanted Beyond Baroque to be a place where artists of any kind could come together and share their work, expand their own abilities, and have a sense of community.

Beyond Baroque has never been a conventional retail bookstore. Not only is the location not prime for selling, but the bookstore is only open when there are poetry readings, workshops or other events. In the store, poetry books remain the primary focus, especially featuring local, small press poets, as well as a few mainstream poets. In addition, because the artist Ed Ruscha is one of Beyond Baroque’s major supporters, the store also features a large selection of high-end art books, donated by Ruscha. These are complimentary copies he has received from publishers.

This upcoming November 10th Beyond Baroque will celebrate its 50th anniversary. The band X will commemorate this event by performing at the current store location. This is a gift from the band because Exene Cervenka and John Doe met in the Wednesday night poetry class. In addition, to further celebrate its longstanding cultural impact, the City of Los Angeles will name November 16th, Beyond Baroque Day. There are also many events throughout the year celebrating the 50th anniversary.

The roster of impressive events held at Beyond Baroque has expanded over the years. Since 1979, its black box theater has hosted performances from Allen Ginsberg to Patty Smith to X. In January 2018, Viet Than Ngyuen, the 2016 Pulitzer Prize winner in fiction, was a featured writer for a program called Writers Resist. Writers Resist was started in 2017 by David St. John and Jim Nattal as an event for writers to come together for the community be doing reading and holding writing workshops. In March, Beyond Baroque had a five-day event called Beyond Beat, which focused on the Beat Movement’s influence in all aspects of the art world.

Every weekend Beyond Baroque has poetry readings on Friday, Saturday, and Sunday evenings.  They host three open readings a month, spoken word performances, and a monthly art show in the Mike Kelly gallery. They are one of the few retail outlets that carries personal press books.

Beyond Baroque offers a plethora of free writing workshops to the community throughout the year. These include workshops in poetry, fiction, screenwriting, and memoir. In addition, Beyond Baroque works closely with the Venice Chamber of Commerce, Venice Council for the Arts, and Venice Historical Society, and offers workshops in conjunction with these organizations. Moreover, the Kiss the Ground Foundation helped Beyond Baroque create its own drought-tolerant garden and now holds classes to teach these methods to members of the community.

Not a member and want to receive special benefits and discounts at Beyond Baroque and other participating stores? Become a member and we’ll send you a Reckless Reader card and all the perks! 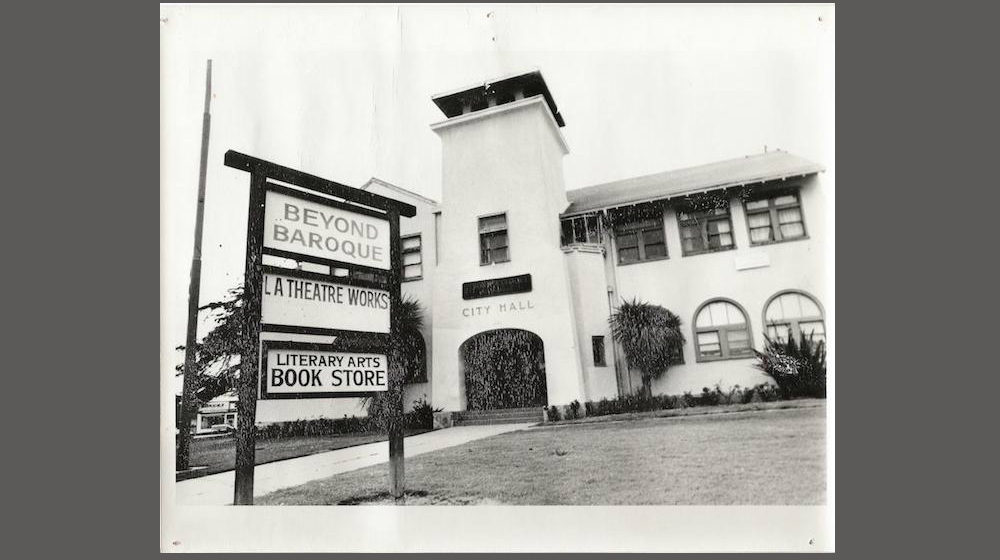